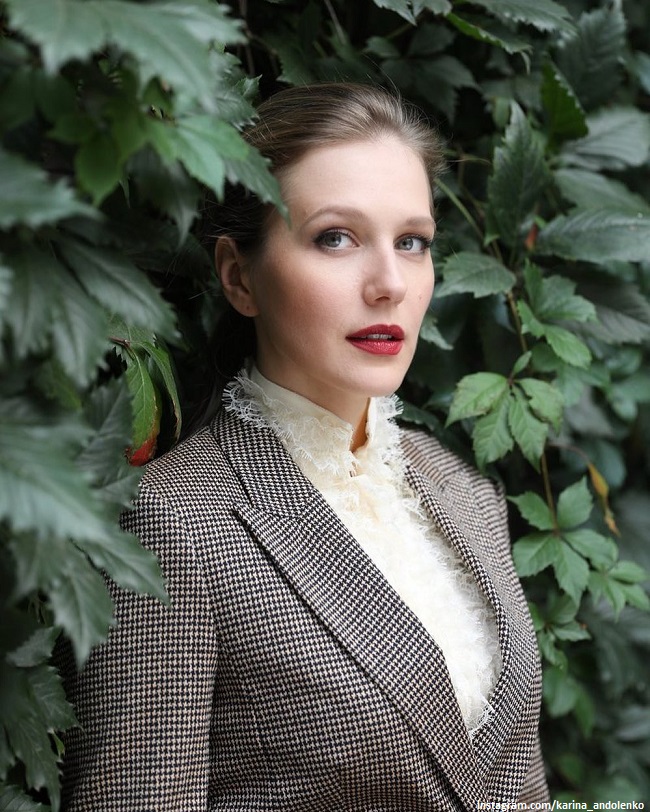 The star of the TV series "Spasskaya", 33-year-old actress Karina Andolenko followed in the footsteps of her mother, a practicing astrologer. The artist gave her prediction about the end of the COVID-19 pandemic.

For some time now, Karina Andolenko has been seriously interested in astrology. It all started with her mother's lesson, although at first it even scared the actress. "I remember how cards with hieroglyphs were pasted all over the house, and tables were littered with schemes that terrified me personally. Now my mother is a practicing astrologer. I'll make a reservation right away that this is not related to visions, premonitions, prophetic dreams, extrasensory perception - nothing supernatural! Astrology is mathematics, accurate calculations based on the knowledge of many generations", - said the star of" Spasskaya ".

Now the actress is convinced that an astrologer can not only calculate favorable days or hours, but also prevent serious problems. "For example, a person is destined to be injured by a metal object. It is unlikely that fate will be changed, but you can work out the problem in advance. That is, deliberately injuring yourself with metal, and with benefit. Women, for example, can get mesotherapy injections, men can take a course of vitamin B injections.", - says Karina.

Andolenko did not ignore the issue that now worries everyone. The actress predicted when the coronavirus-related troubles of 2020 will end.

"The year is difficult, it passes under the sign of "metal in the grave", which means lung disease, breathing problems, waves of colds. But do not panic and fear, everything will end at the end of the year according to the Chinese calendar, in February. Astrologers say the main thing is to protect the lungs, use echinacea and turmeric, raise your immunity ... But hard times always pass. And these will pass", Quotes the actress" 7 Days ".