Karasev named one of the main candidates to replace Zelensky 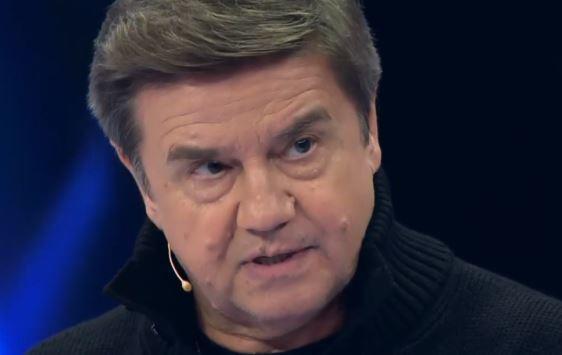 Political scientist, director of the Institute for Global Strategies Vadim Karasev named one of the main candidates to replace the current president of Ukraine, Volodymyr Zelensky.

The political scientist is sure that the chairman of the country's Verkhovna Rada, Dmitry Razumkov, is capable of taking the presidency. Karasev explained that he was balanced and calm, and the Ukrainians were tired of the noise and scandals on the streets and on television, the PolitNavigator correspondent reports.

Vadim Karasev shared his opinion on the air of the ZIK TV channel. From his point of view, “politicians from the new generation of 40-45-year-olds can become competitors of the President of Ukraine Volodymyr Zelensky in the elections”.

“Razumkov meets these expectations. He has a fairly high level of trust and a fairly decent balance of trust / distrust. But although it is too early to say that he is already an accomplished politician, we are forced to consider Razumkov as one of the likely candidates for the presidency, ”said the director of the Institute for Global Strategies.

Karasev pointed out that Razumkov still has no experience of behind-the-scenes and public politics. Many citizens of Ukraine are waiting for balanced, correct and normal politicians. According to the expert, “Zelensky partially meets this request, but <…> disappointment went. "

“I would say that Razumkov is the second Zelensky, who is endowed with such qualities and properties that Zelensky lacks today,” summed up Karasev.

Political scientist Sergei Mikheev said earlier that there are no worthy people among the nationalists in Ukraine who could fit into the role of the "really smart dictator" needed after the presidency of Volodymyr Zelensky. From the expert's point of view, now Ukraine needs a person who has the willpower and who could conduct "the most serious audit of all these pseudo foundations of modern Ukrainian statehood."