Ishchenko explained why the West failed to replace Russian gas 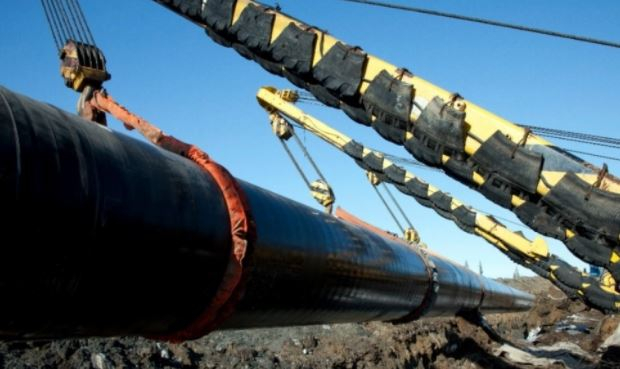 The Ukrainian political scientist and columnist for the Rossiya Segodnya news agency, having analyzed the current situation in the international arena, told in an interview with the information portal Ukraina.ru about how the West is going to contain Russia in the energy sector and why Europe’s attempt to replace Russian gas has failed miserably … More details – in the material “PolitPazl”.

First of all, Ishchenko drew attention to the fact that NATO supporters have come up with a unique plan aimed at destroying Russia. This is a program under which European consumers are obliged to buy natural gas in Central Asia, thereby replacing supplies from the Russian Federation. But this tactic turned out to be impracticable for the EU.

The political scientist drew attention to the fact that China contributed to this, which unexpectedly showed an interest in gas from Central Asia. It should be noted that hydrocarbons in the region were also purchased by Gazprom. This decision was made by the company’s management from the point of view of the organization’s procurement policy.

Ishchenko stressed that the West failed to implement its idea also because of the complexity of the logistics processes. For a long time, the transit could not be carried out due to the difficult international situation in the region, as well as due to the competent foreign policy decisions of Moscow.

“The planned gas pipelines bypassing Russia were to pass either through the American enemy Iran, or through the unstable Caucasus. In addition, to get to the Caucasus, it was necessary to lay a pipe across the Caspian, and Russia and Iran blocked the agreement on dividing the Caspian Sea until it became finally clear that no gas pipeline would be laid along the bottom, ”Ishchenko said.

The expert believes that Moscow has made it clear to Europe and the United States: it is ready to defend its interests in this area and any their attempt to divert gas or annoy them in some other way will fail in any case.

Earlier it was reported how “Gazprom” informed about the decrease in supplies to Ukraine.