Is it possible to return an apartment to the state

Thirty years ago, the fateful law “On the privatization of the housing stock in the Russian Federation” was adopted.

The chairman of the State Duma Committee on Housing Policy and Housing and Communal Services tells our readers about the pros and cons of this “attraction of unheard-of generosity” – the free transfer of housing to the property of citizens. Galina KHOVANSKAYA…

– Galina Petrovna, thirty years is a long enough time to draw any conclusions. What problems did this law solve and what did it create?

– Indeed, the law is ambiguous. On the one hand, a housing market appeared and began to develop rapidly in Russia. Today, more than 80 percent of the housing stock is owned by citizens. Citizens got the opportunity to improve their living conditions by buying and selling or mortgaging apartments. In addition, like any property, it became possible to donate or inherit housing. People were happy to receive at least something from the state.

At first, the law did not apply to rooms in communal apartments, but later I managed to include this provision in the law on privatization. This made it possible to resettle communal apartments, the residents of which received the right of preferential purchase of rooms from neighbors.

On the other hand, a lot of criminal cases have appeared. People (usually single and elderly apartment owners) began to disappear. At best, “black realtors” took them to another region, to Tmutarakan, promising excellent conditions – fresh air, good housing. But in fact, they deceived people, settling them in wreckage. I don’t even want to talk about the worst cases.

It was this tendency that I had in mind when I introduced into the law a norm on the possibility of returning privatized housing to the ownership of the public authorities by way of deprivatization. For elderly single citizens who do not have heirs, this is almost the only way to avoid becoming a victim of scammers.

Moreover, both privatization and deprivatization are a one-time procedure. An apartment can be returned to the state only once with the obligation of the public authorities to conclude a social tenancy agreement with the former owners. In this case, we are talking only about privatized apartments, with which no transactions have been made. If housing is bought, donated or inherited, it cannot be deprivatized.

– As a result of privatization, we have a class of poor owners who privatized apartments, not imagining the problems that they will face. For example, they did not know that the tax on an apartment would be calculated not according to the residual value according to the BTI estimate, but according to the cadastral value close to the market value. And even higher than the market. They had no idea that a capital repair fee would be introduced. And in the future it is possible that there will be compulsory home insurance. As a result, people became the owners of expensive properties that are difficult for them to maintain.

I would like to note that practically all countries of the former socialist bloc – Hungary, Romania, Bulgaria, Czech Republic – have faced the problem of poor owners. By the way, in many of these countries, housing was transferred not free of charge, but for a fee, albeit a symbolic one. And if a person has a modest income, he is lonely, does not have relatives who could help him maintain a house in order to later inherit this apartment, then deprivatization is relevant for him.

When a tax on housing and payments for major repairs were introduced, the Moscow government decided that a wave of deprivatization could begin, and went for a trick. The payment for social rent began to include a contribution for overhaul, and in Moscow it is the highest in the country – 19.6 rubles per square meter. I managed to catch and slow down the document that the city authorities wanted to pass through the Ministry of Construction.

On the other hand, the social protection system works well in Moscow. Residents of the capital – both tenants and owners – should not pay more than 10 percent of the total family income for housing. If higher, then citizens are assigned a subsidy from the budget of the capital. And according to the federal standard, which is still used for interbudgetary relations, it is 22 percent. Regions have the right to lower the standard, but this is a hypocritical norm. There is a right, but no opportunity. The regions have no funds to pay subsidies. If you lower the bar, you will have to cut other budget expenditures. Therefore, in most subsidized regions, the share of citizens for paying for housing and utilities is set equal to the federal standard.

I got through to the president with this problem, and he supported me. In November last year, the prime minister was given a deadline to submit proposals to reduce the federal standard by at least 15 percent. That is, we are talking about the fact that benefits could be received by citizens whose utility costs reach 15 percent of income, and not 22, as it is today. We made calculations, it turned out that the price of the issue was less than 30 billion rubles. This is quite a lifting amount for the federal budget, especially against the background of the colossal funds that are being spent today to support the banking sector. And so Mikhail Mishustin instructed to carry out the appropriate preparation, your newspaper has already written about this. Let’s hope that the most vulnerable people will receive this support in the near future.

– One of the side effects of privatization is shared ownership and split of shares. There was such a phenomenon as apartment raiding, when a stranger tries to move into some square centimeters, to whom a meager share in the right to an apartment was sold. Can I do something here?

– Our committee is now dealing with this problem. We want to ban the splitting of shares. Unfortunately, such splitting cannot be prohibited when several owners appear in the inherited apartment. For example, a husband dies and his share is claimed by children from past marriages, which the wife may not even know about. She has lived all her life in this apartment, and now strangers are moving into it, who, by threats and intimidation, are trying to get her to sell them her share for a pittance. There is nothing we can do here yet. But, I will repeat once again, it is possible and necessary to introduce a ban on the sale or donation of shares that cannot be distinguished in kind. When these shenanigans begin explicitly.

– I think that privatization should be completed sooner or later. This opportunity should be left only for those who entered the housing queue even before the adoption of the Housing Code, that is, before 2005. People are not to blame for the fact that they had to wait for their turn for 15, 20 years or more. But deprivatization should be left indefinite. Citizens who cannot bear the burden of ever-increasing payments should have the right to return this property to the state at any time. 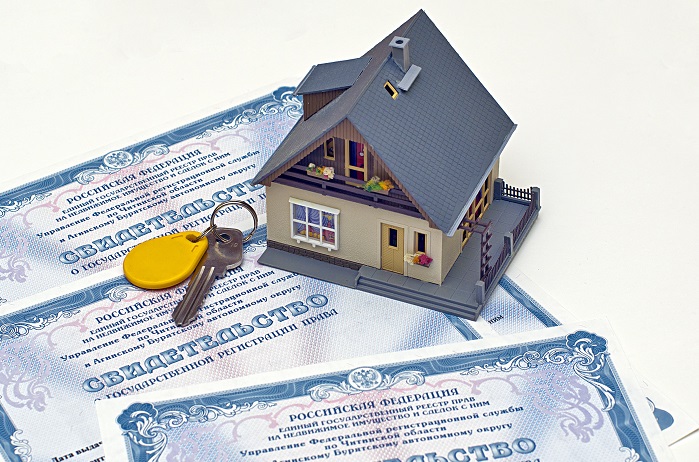 On July 4, 1991, the chairman of the Supreme Soviet of the RSFSR, Boris Yeltsin, signed the law “On the privatization of the housing stock in the RSFSR,” which is still in effect with amendments.

Privatization is voluntary. If desired, citizens may not transfer their homes to private ownership. In this case, they enter into an open-ended social employment contract with the owner (in particular, with the municipality). Within its framework, they do not have the right to fully dispose of the dwelling, and they are also obliged to pay the established rental rate. But at the same time, they are exempt from real estate tax and payments for major repairs.

The current legislation also allows for deprivatization – rejection of previously carried out privatization and transition to a social employment contract.

The percentage of privatized apartments varies between regions. For example, in Chuvashia it is 83.3%, in the Khabarovsk Territory – 76.5%. In Moscow, more than 90% of housing has been privatized; in 2020, the city entered into more than 8 thousand agreements with residents for the privatization of apartments. Today, 382 thousand non-privatized residential premises remain in the capital, which is 8.8% of the total number of apartments in the housing stock of Moscow.