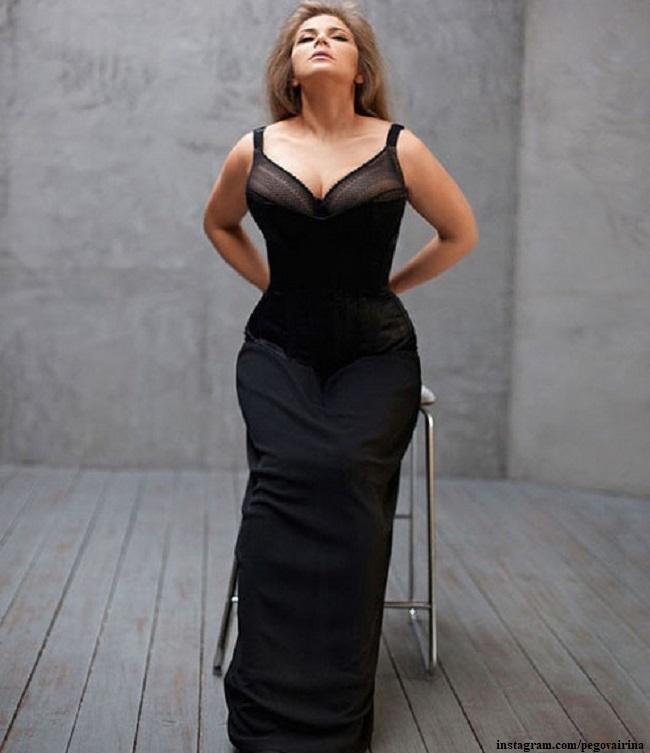 The star is paired with figure skater Alexei Tikhonov in the new Ice Age season. Irina noted that she is the oldest participant and she has to compete with girls who are 10, or even 20 years younger than her. Pegova said that friends dissuaded her from the project because of fears of injuries and stress. However, the artist has long dreamed of trying her hand at ice.

The theater and film actress is constantly involved in sports. Irina says that she loads herself all her life and enjoys it. "In my case, when there is a tendency to be overweight, this is the only way I save myself, given that I love to eat", - Pegova noted.

Many fans of the artist said that she lost a lot of weight during the project. The example of a star was even used by scammers. They said that the actress lost 30 kilograms with their funds. However, Irina explained why such a contrast is created.

"In the movies, they don't always dress well, and sometimes I look more voluminous. When I was filming "Super Beavers", they did the pads on my thighs and belly to turn me into a fat girl", - she said.

Pegova loves dancing, but due to her busyness she is not engaged in them now. There is always a treadmill in her life. Irina is also involved in fitness. "I take functional training, different every day, because I'm bored. I even change my coach on purpose to have a different approach"- said the star of the series" Casanova ".

The actress devotes at least an hour a day to running on a daily basis. "For those who wish to lose weight, it is better to do it in the morning on an empty stomach. If the body is given a load in such conditions, it begins to spend all the reserves you do not need. After training, it is worth not eating for another forty minutes and only then have breakfast. If you do this every day, then a very good result will be", She promised.

Irina tries to limit herself in nutrition. She can afford dessert, but only very tasty and a small portion. In restaurants, when ordering dishes, she always tries to clarify their calorie content. Sometimes Pegova practices a system of five meals a day to order. But she gets tired of having to carry containers with her. "I am a very fickle person. If I observed everything, there would be enough time and energy for everything, then I would walk like a herring - a slender woman", - Pegova smiled.

Previously, the actress also practiced hunger strikes - for three, five, seven days. However, according to her, this must be done in a clinic under the supervision of doctors, since this process must be entered in a special way and correctly exited, WDays reports.

At the same time, the actress has an effective way to quickly bring herself back to normal. She calls it her routine diet for catastrophic times when she needs to lose weight quickly.

"In five days, you can lose five kilograms. On the first day, you drink only kefir when you feel like eating, and after half an hour water is the key to success, you need a lot of it - two or three liters. I hate kefir, so I take fermented baked milk. The second day - deliciously cooked boiled chicken, with salt, spices and again water. The next day - cottage cheese, I don't like it, so I replace it with shrimp or fish. And so for five days. This is a diet for when you need to go to a wedding or a party and look good. If in the future you let go of yourself and eat candy, then everything will quickly return", - said the participant of the ice show.

Irina showed behind the scenes of "Ice Age". The actress demonstrated how the draw goes. One representative from the couple pulls the ball with the number under which they will perform in the next program. "If there is no representative from the pair, then the coach draws the ball with the number"- said the movie star. Pegova opened the veil of secrecy by admitting that the general theme of the next issue will be music from films.

The actress tried on a spectacular outfit for the show. She appeared in the guise of a hot Mexican woman. The star of the series "Midwife" showed honest photos without filters, makeup and retouching. Irina Pegova made a splash on the Web. She boasted of a slimmer figure in a short white "bridesmaid dress".