Interesting facts from the life of Alexander Nevsky

The most popular and controversial commander in the history of Russia — an ally of the Mongols, a diplomat and a fierce warrior, terror of the Germans and Swedes, raised to the communion of saints after his death. The figure of Alexander Nevsky is still ambiguous and sometimes mysterious, and therefore does not give rest to scientists and historians. There are many interesting facts from the life of the great Russian Prince, some of which will be presented below.

From childhood to adulthood

Alexander was not a tramp, so need to break through their place under the sun he was not. He was born into a noble family of Prince Yaroslav and his wife Rostislava. The birthplace of parents was two Principality — Novgorod and Pereslavl. 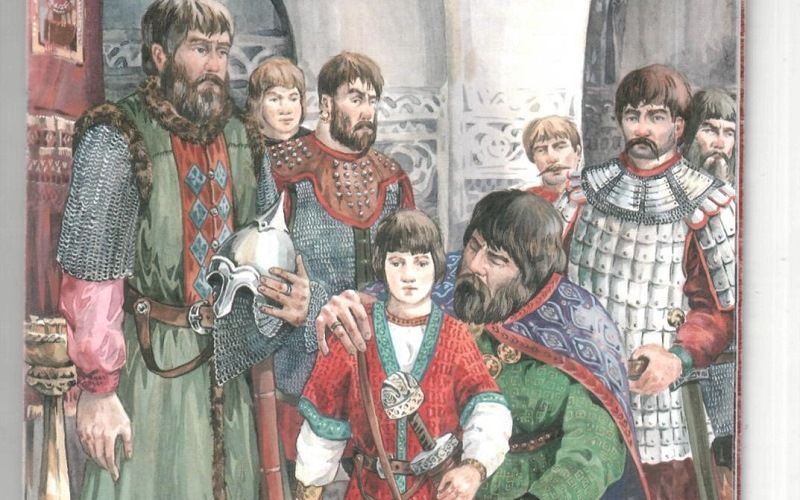 When the boy had just turned nine years old, he and his brother Theodore were sent to Novgorod as rulers. Three years later Alexander fell the whole burden of responsibility in connection with the death of his older brother. In fact, still a boy, he took the reins of Novgorod in their hands.

His first major battle, Prince won in less than 20 years old. It was the battle of the Neva. Two years later (1240) was followed by another victory in the famous battle of the ice.

This historic date was included in all textbooks of Russia. Amazingly, throughout his life, the son of Yaroslav and Rostislava not lost a single battle — this record can only envy.

In adulthood Nevsky already famous for their diplomatic skills, rather than fighting qualities. He skillfully negotiated with the Golden Horde and the Roman Church. Despite pressure from the Eastern barbarians, and the intrigues of its Western neighbours, the Prince put a lot of effort to spread Christianity in the lands of Pomerania. Also, he even managed to create the Mongol "Empire" Batu Orthodox diocese. 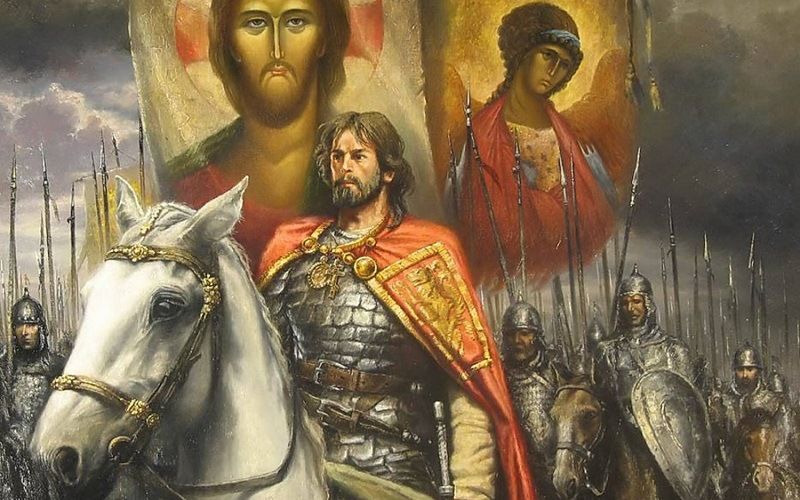 Succeeded Alexander Yaroslavovich and family Affairs. In 1239 he married Princess Alexandra of Polotsk. In marriage were born five children — four sons and one daughter. They subsequently ruled Vladimir, Novgorod, Kostroma, Pereiaslav and other lands.

The name of Alexander Nevsky has long been turned into a tangle of tall tales and arguments, some of which is true, and part — solid fiction. To understand this chaos biographical events will help the following facts.

It turns out that in the Soviet order of Alexander Nevsky is actually the portrait of the actor Nikolai Cherkasov. He played the role of a commander in the eponymous film, released in 1938, and received the Stalin prize.

A sketch of the order was entrusted to a young architect Igor Telyatnikov, who were not specialized in art painting and engaged exclusively in the development of projects of military facilities.

Since it is not known how the reality looked great Russian Prince, the architect has taken the path of least resistance. It just redrew the screen portrait in profile, and the state Commission approved the sketch and gave the nod. The official date of "birth" order is 1942. 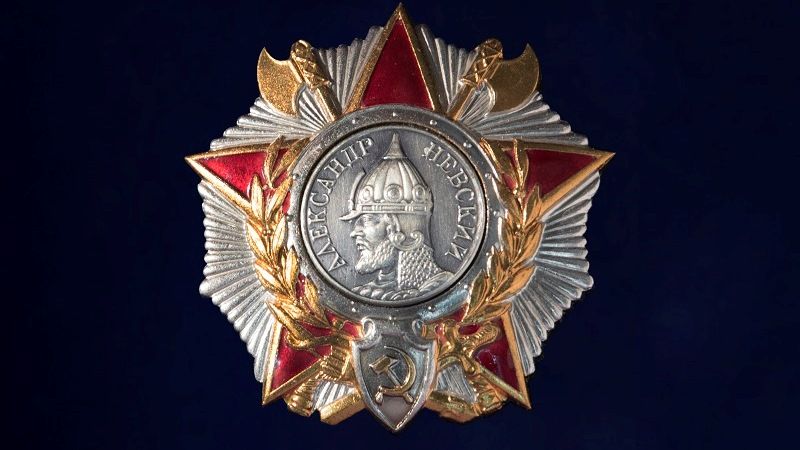 The nickname Nevsky, contrary to popular belief, this Alexander was already far after his death. The first mention of the name "console" appear only in the 15th century in Russian vaults. In the ancient Novgorod and Laurentian Chronicles he is referred to simply as Alexander the great or Prince. In some Scriptures it is possible to meet the nickname "the terrible". At least so called it Tatar women, scaring their children.

The version that Nevsky wanted to abandon the Christian faith and worshipped pagan idols, the modern scientists-biography is rejected.

Assumptions about such developments built on the basis of the history of the life of Prince Michael of Chernigov, who lived with Alexander at one time. He was stabbed to death by the Horde due to the fact that he refused to worship idols and the ritual of passing through the fire.

On this basis was born the theory that time Nevsky managed to avoid the fate of his contemporary, it is likely that he was forced to "juggle" religions to save their lives. However, clear evidence of this fact is not, and proof of this are the writings of monk PLANO Carpini, where it is said that a pagan temple made not every Russian Prince. Apparently, Michael of Chernigov simply wanted to destroy and came up with an original execution. 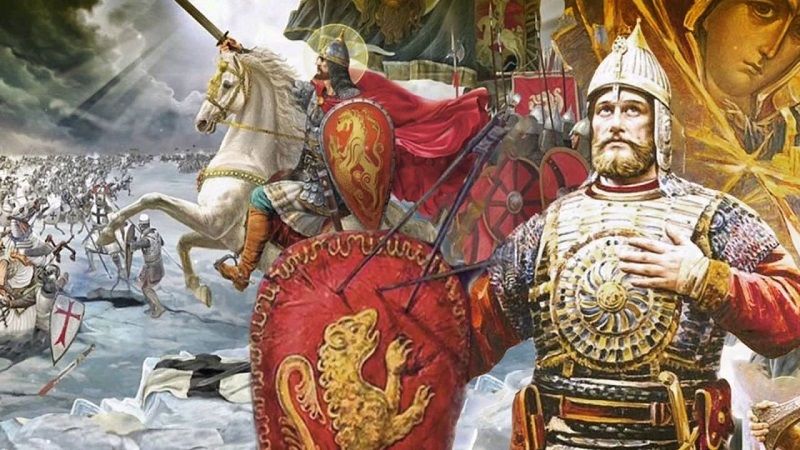 Interestingly, Alexander Nevsky at the time was negotiating with Pope innocent IV about a possible reunion with the Roman Church. Preserved two letters, Dating back to the year 1248, in which he discussed this "collaboration".

In the first of them mentioned that in the case of a positive response to the Russian Prince can count on the help of the Teutonic order and the Pope himself to protect from attacks of Tatars. The second message served as a response to the offer and, judging from the text, Nevsky gave his consent.

Moreover, they even planned construction of a Catholic Church at Pskov lands. But in the end such a serious step, the Prince did not dare. In "the tale of the life," the chronicler and "part-time" people close to the court, wrote that the response of the Catholic Church was negative. 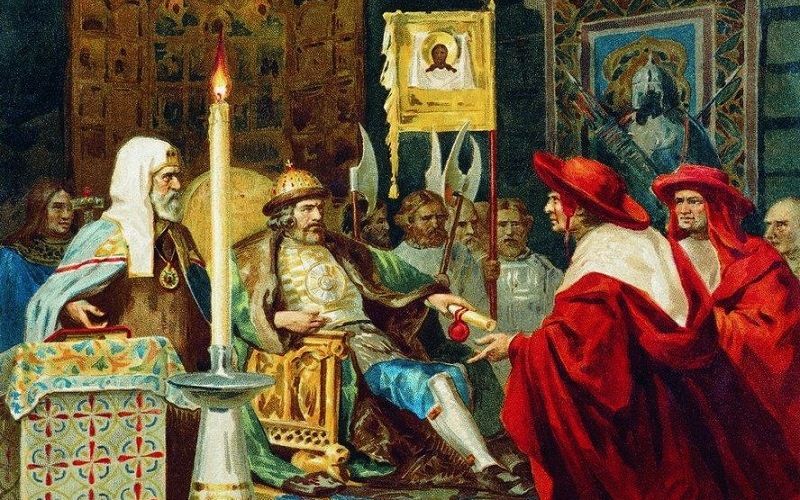 Before his death, Alexander Nevsky took monastic vows. Regular talks in the Horde began for Prince fatal. Left there for the winter, he became very ill, but made the decision soon to move home. Health allowed him to reach only up to Gorodets, a small town located on the territory of modern Nizhny Novgorod region. Exhausted by illness, Nevsky takes vows and in the same night dies. The second his name was Alex.

"Fashion" on monastic vows before his death, came from Byzantium. For example, neighbors tradition rooted in the everyday life of Russian princes and later kings. In the process of the ceremony, the monks adopted a second name which often began with the same letter that the baptismal.

Alexander Nevsky is not always showing mercy, and accounts of his docile temper — nothing more than a myth. The events of 1257, when the people of Novgorod refused to pay tribute to the Mongol Tartars — a clear confirmation.

Returning to the land of Novgorod from the Golden Horde, the Prince gave the order to do the census, to levy regular taxes. Since Novgorod was not conquered by Batu, the villagers began to Express their dissatisfaction, and even raised a rebellion. 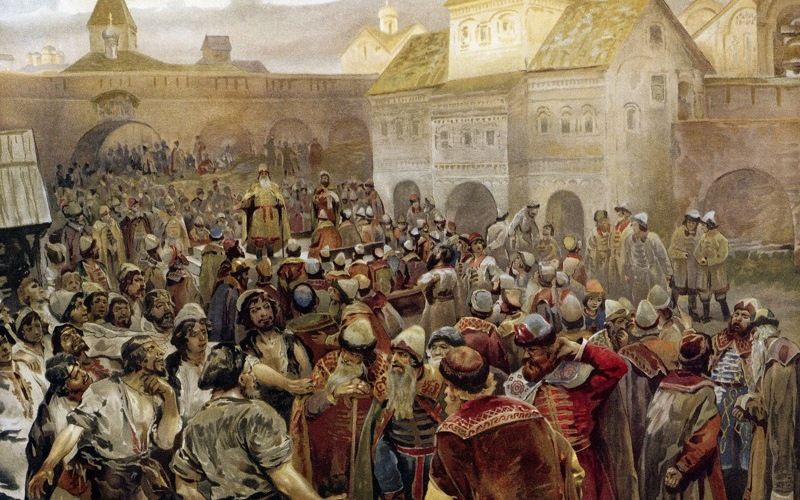 The excitement was supported by the son of Vasily Nevsky, who was the representative of the Prince during his absence. In the end, the opponents of the census were severely punished — many of them from Nevsky personally gouged out the eyes and cut off noses. The son managed to flee to Pskov.

Lev Gumilev in his book "From Rus ' to Russia" dared to write that Alexander Nevsky in one of your visits to the Horde became friends, and then became a sworn brother of Sartak, the son of the Mongol Khan.

Accordingly, after pobrania the Prince entered into the "title" adopted son of Batu. However, these data were not confirmed by any historical source. The legend of Prince adoption was invented before writing the book, and, apparently, the Kremlin decided to take it based on their biographical research.