A fragrant tonic drink with many beneficial properties became known to mankind as early as the 1st century, but at first it was used as a medicine. They drank it not with sugar or honey, but with salt – a similar tradition still exists among Tibetan monks. The unusual combination had a strong invigorating effect, stimulated mental activity, restored strength in record time and normalized the water-salt balance. And these are not all interesting facts about tea, so familiar, but still mysterious. 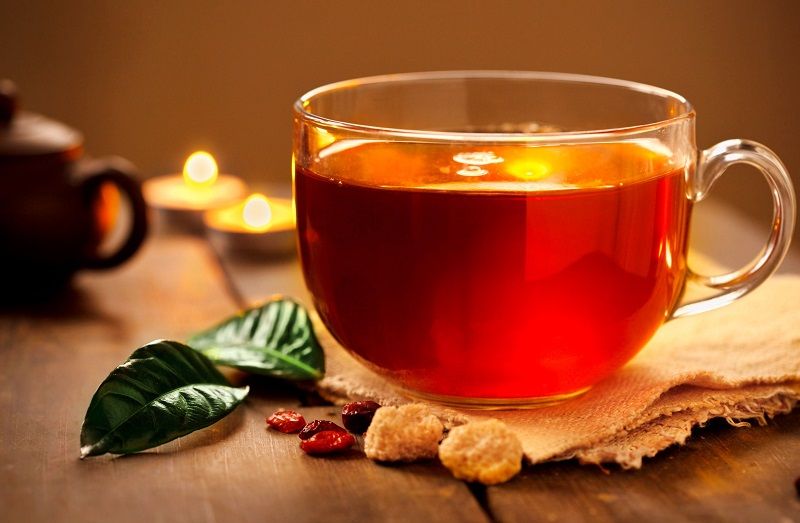 A bit of history

As befits an ancient drink, tea is “overgrown” with legends about its origin. The most beautiful tells that in 519, the founder of Zen Buddhism, Saint Bodhidharma, was indulging in meditation and accidentally fell asleep. Enraged at his own weakness, the great monk plucked out his eyelashes and threw them on the ground. Bushes grew in this place, the leaves of which helped fight sleep and fatigue. The mythical plot has a real basis – the three youngest top tea leaves and tips (buds) are covered with long white villi, which are called cilia (in Chinese “bai hao”) Did Bodhidharma drop them? 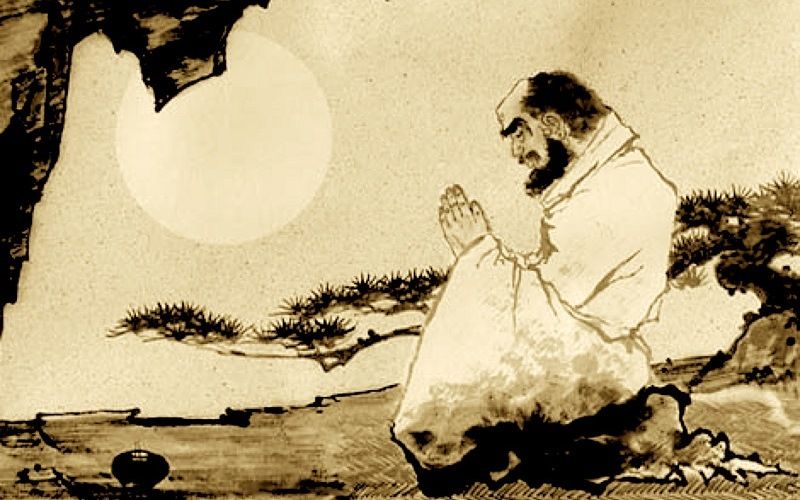 According to the second legend, tea bushes were discovered as early as the 3rd century BC. BC e. Emperor Shen Nong is the patron saint of agriculture and medicine in Chinese mythology. Looking for healing herbs, a high-ranking doctor got tired and decided to rest, and at the same time drink a healthy decoction from the collected plants. While water was boiling in the pot, several leaves from the tea bush accidentally fell into it, under which the emperor was sitting. After tasting the drink, Shen Nong considered it divine and donated it to people.

From the story of the great ruler it follows that tea has been known to the Chinese for 5 millennia, but there is no documentary evidence of this. If we turn to research, the first mention of a healing drink appeared during the reign of the Han Dynasty – around the 200s. n. e. It was then that it was used as a medicinal decoction, and this continued until the 5th century BC. Then the classical traditions of tea drinking began to develop, which finally settled down only by the end of the 1st millennium, when the famous Canon “Cha Ching” was written, describing all the details of the process. 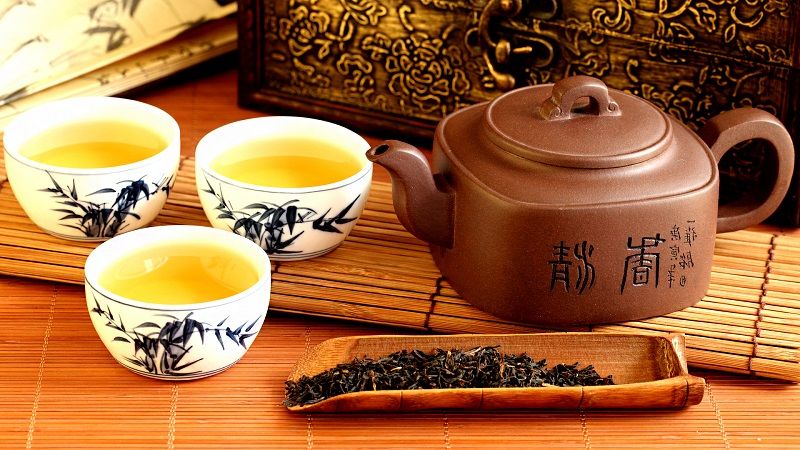 In the X century. Buddhist monks developed a special ritual called the Sung tea ceremony. Powdered dry leaves were beaten with a small amount of water using a bamboo whisk, and then slowly drunk in a state of meditative detachment. The famous tea ceremony in Japan is similarly performed.

In the south of China, tea was called “te”, and in the northern provinces – “cha”. This is reflected in the languages ​​of the importing countries. Where the product was shipped by sea through southern ports, it is called tè (Italian), tea (English), le thé (French). In Russia, the name from the northern regions of the Celestial Empire took root, since tea was brought by land.

Europeans got acquainted with tea in the 16th century, thanks to Portuguese merchants who visited the Celestial Empire. Transportation was so expensive that for a long time the delicate drink was available only to royalty, and even then occasionally. But a century later, in 1637, the East India Company from Holland established regular tea deliveries from Macau, the largest port on the coast of the South China Sea. Oriental exoticism quickly found fans on the European continent; the British, Italians, Germans and French became interested in it. 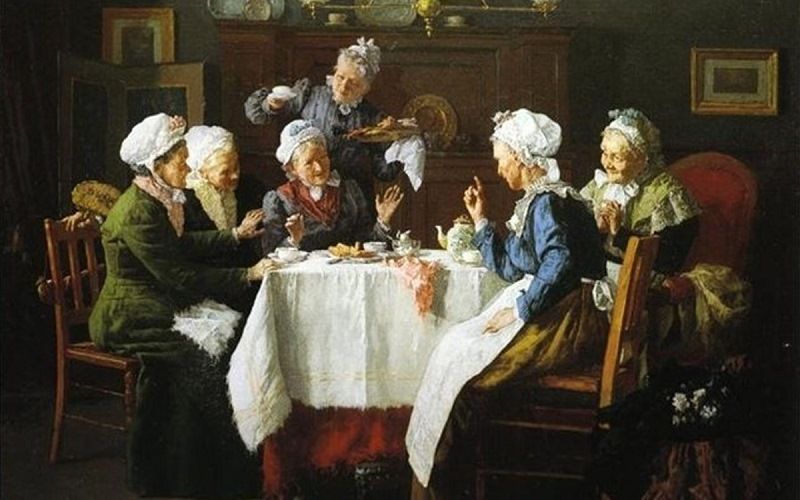 Louis XIV, better known as the “Sun King”, greatly contributed to the popularization of tea. Having learned that a drink brought from China helps with gout, the French monarch, who suffered from this “disease of the aristocrats”, introduced at court the custom of drinking a cup or two every day. From the chambers of Versailles, tea fashion spread throughout Europe.

But the most zealous adherents of the new drink were the British, who won the right to trade from the Dutch and became by the end of the 17th century. undisputed leaders in this field. The inhabitants of “Foggy Albion” replaced strong alcohol with tea, which had to be consumed often, as a protection against dank dampness.

The British East India Company launched large-scale advertising campaigns, as a result of which the exotic Chinese “guest” turned into the national English drink. 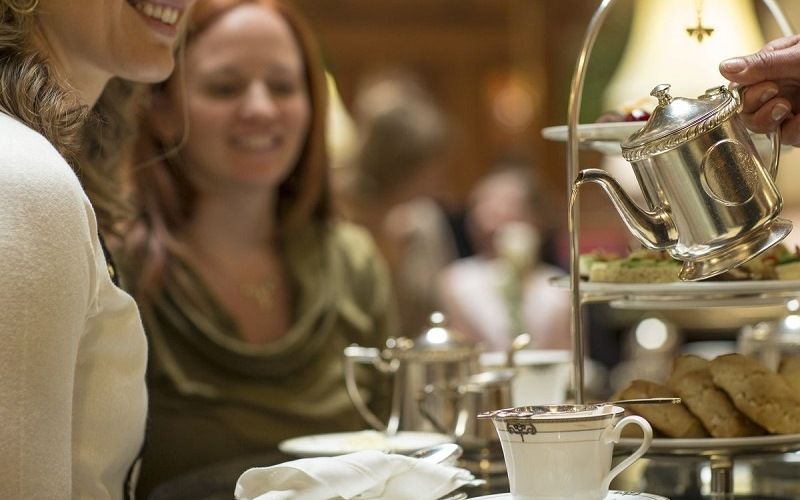 At the same time, merchants were looking for an opportunity to reduce the cost of the product in order to increase sales volumes on the one hand, and on the other hand to protect themselves from counterfeiting. It is to the enterprising British that the world owes the appearance in the 19th century. tea plantations in Ceylon, India and Kenya, which ended centuries of Chinese monopoly.

It was possible to significantly reduce the cost of an elite drink by increasing mass consumption at the beginning of the 20th century. Scottish businessman Sir Thomas Lipton.

Today, the Lipton tea brand tops the list of the best-selling tea brands in the world.

in the new world

With the light hand of the British in 1690, the expansion of tea to America began. On December 16, 1773, a healthy drink caused a conflict between the United Kingdom and its largest overseas colony. With the Boston Tea Party, a protest action during which a large consignment of East India Company goods was drowned in the sea, the struggle for independence began, ending with the worldwide recognition of US statehood. 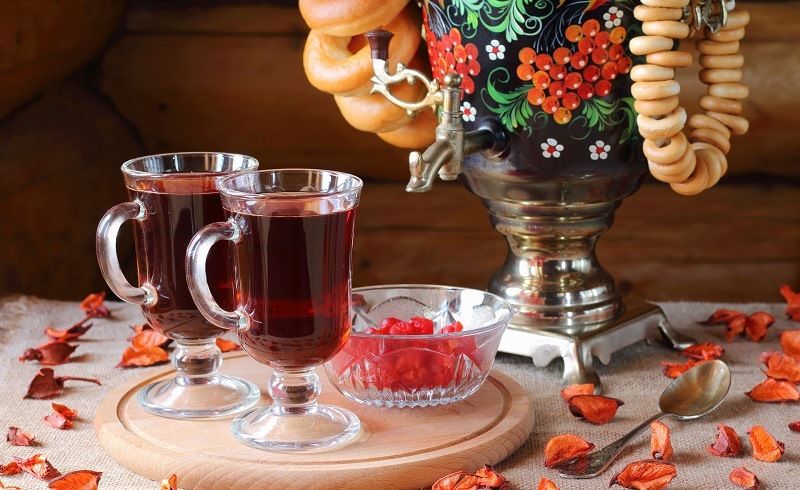 The event is necessary to attract the attention of representatives of social and commercial structures to the industry, to raise its prestige, to improve the work of manufacturers. The fact that the celebration takes place a day before the date of the historical conflict is symbolic – it is better to take care of consumers in advance than to suffer losses later due to their discontent.

And here are other equally interesting facts:

Oolong is sold only through an auction, and the cost of a rare variety reaches $700,000/kg. 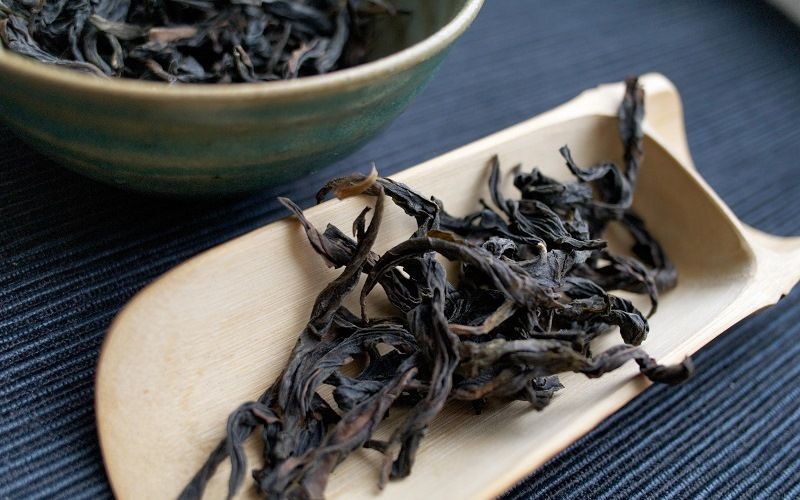 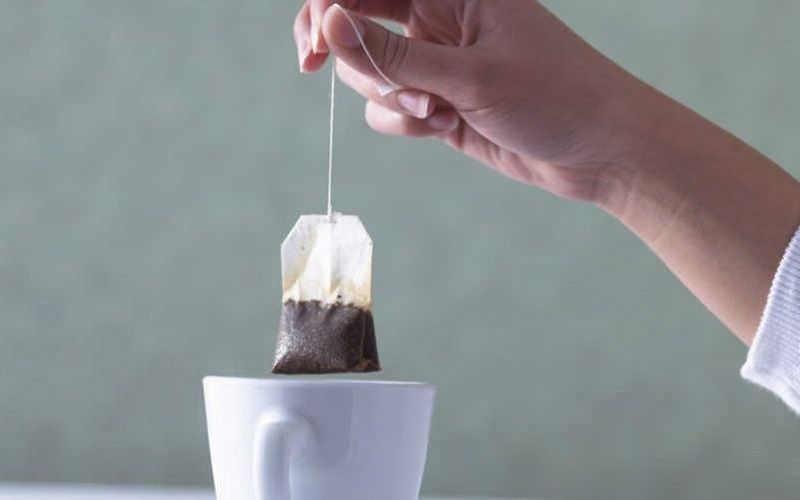 Which tea is healthier

The less Camellia sinensis leaves are fermented, the higher the concentration of useful substances in them: polyphenols, minerals and vitamins. Green tea is much richer in antioxidants than black tea, in addition, it contains 50% more ascorbic acid.

Official medicine has proven that with regular consumption, this “magic drink” from China can improve the activity of the cardiovascular system, protect against cancer and obesity, remove kidney stones and improve dental health. It has a beneficial effect on memory, improves mood and rejuvenates the body. 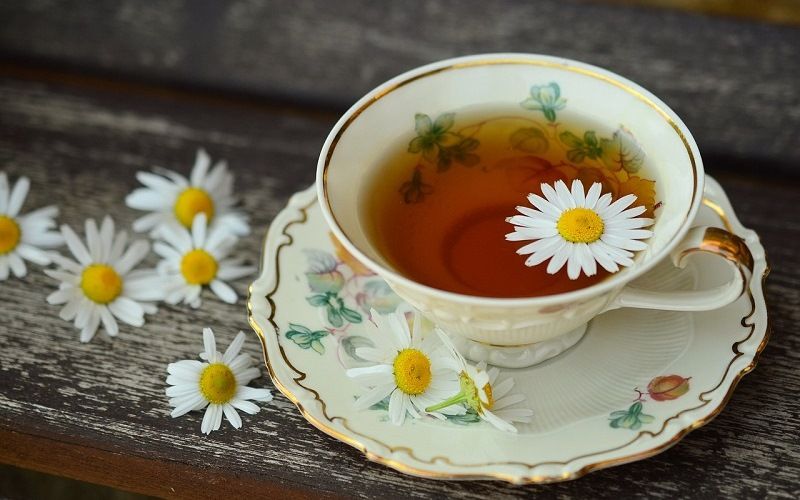 But green tea gives the maximum effect only with proper brewing. Water for it is not boiled, but brought to the state of “white key” and then cooled to 80ºС. It is best to use porcelain dishes and in no case cover them when insisting.

Unlike black tea, green tea can be brewed several times, with the second and third portions being the most fragrant and rich.

It is noteworthy that weakly fermented tea leaves contain the maximum amount of caffeine, but it acts gently, thanks to another alkaloid – theine. The nervous system is not overloaded, and a surge of vigor is felt for a long time. Coffee seems to be a more powerful “energizer” because the effect of it is felt instantly, but the reverse reaction occurs just as quickly – a breakdown, apathy, depression.

With all the advantages of green tea, black tea is more suitable for children – this is such an interesting fact. The point again is caffeine, which can negatively affect the nervous system of the child. Fully fermented leaves contain much less of this substance.

Russia has long had its own special tea tradition associated with a unique plant – narrow-leaved fireweed. Also known as willow tea, this common inhabitant of forests and floodplain meadows has many useful properties, not only not inferior to Camellia sinensis, but also in many ways superior to it. 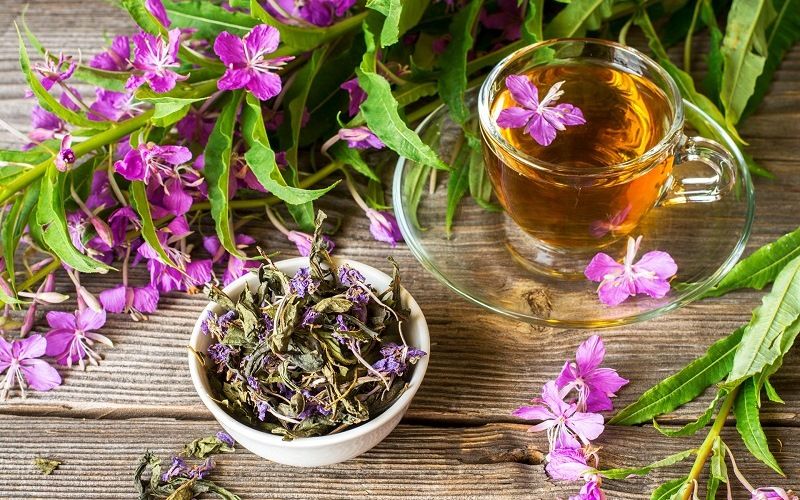 Fireweed was not just made into an herbal infusion, its leaves were fermented, borrowing technology from the inhabitants of the Celestial Empire. Such tea was called Koporsky after the estate near St. Petersburg, where it was originally produced. Koporka was popular not only at home, but also in European countries. “Russian tea”, as it was called abroad, was consumed until the 20th century, until competitors finally forced the product out of the world market. Now interest in koporka is reviving again.

The classic Chinese drink appeared in Russia in the 18th century, and 2 centuries later, it overtook other countries in terms of consumption, coming out on top. Today, tea drinking is one of the greatest gastronomic pleasures of Russians. 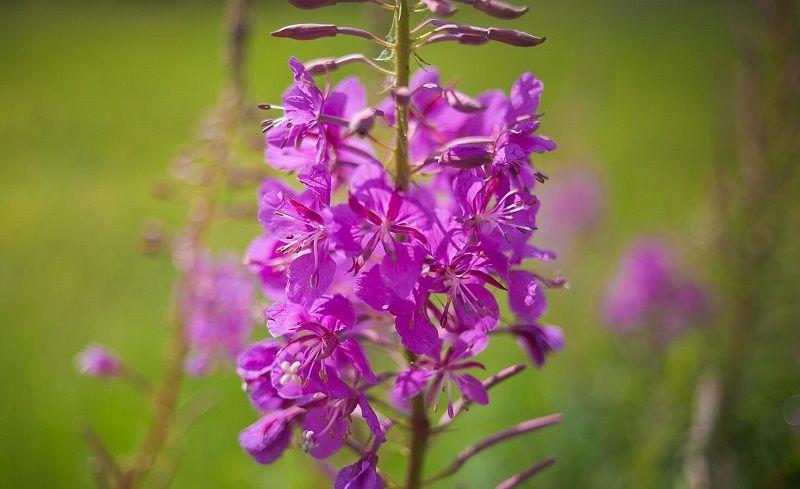