According to a large-scale study conducted by scientists from Indiana University, the Earth is inhabited by about a trillion different living things. Despite the fact that at the moment only 0.001% of this number has been studied, even today human knowledge about nature is amazing. So what are the interesting facts about the world around you? 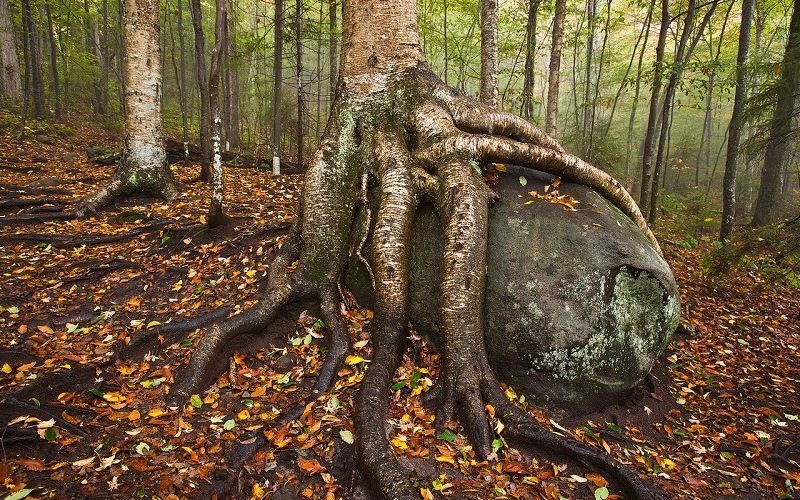 One of the unsolved mysteries of nature is associated with mosquitoes – ubiquitous representatives of the class Insects such as Arthropods. The ancestors of modern bloodsuckers appeared on Earth about 400,000 years ago, and then they parasitized exclusively on animals and birds and flew around the side of ancient man. 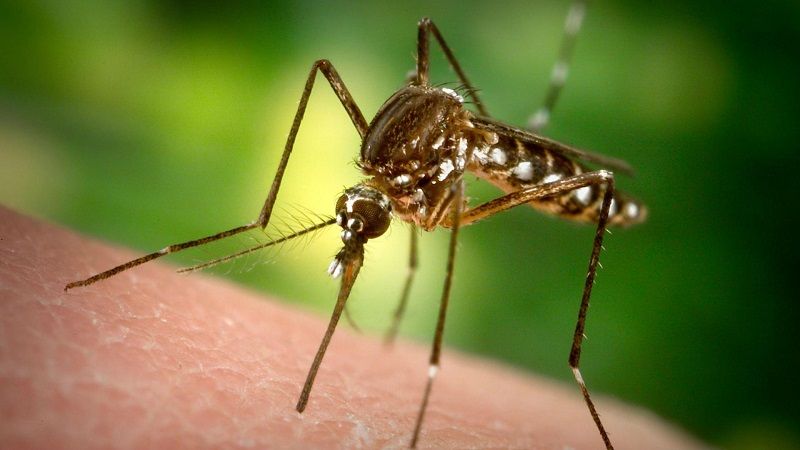 It is not known exactly when mosquitoes left their usual habitats (forests and swamps) and moved closer to human dwellings, but the fact remains that over the years their taste preferences have changed significantly. Insects have found that human bodies are not protected by wool or fur, which means they are ideal for sucking blood. In addition, there is always water near human dwellings for mosquitoes to reproduce. And the representatives of the genus Homo themselves throughout their history preferred to live in groups, collectives – dipteran bloodsuckers simply could not stay away from such a “feast”!

Interestingly, for such a “relocation” mosquitoes had to evolve a lot.

Insects have always laid their eggs on the surface of the water, but initially they preferred cloudy, polluted water in natural conditions. So, the laid clutches could be found in damp and wet hollows, various depressions in trees, in puddles, ponds and other places. It took flying creatures a long time to learn how to reproduce in containers with clean water, the preservation of which is so typical for humans. 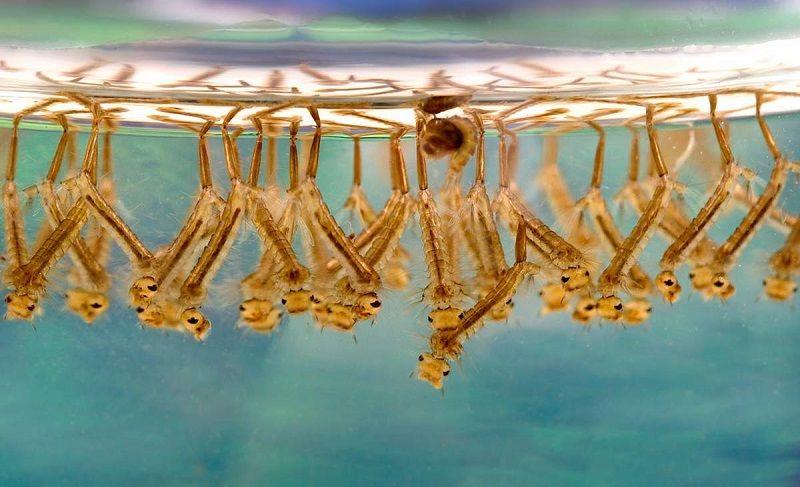 When it comes to nutrition, blood is not the only food for mosquitoes. They also absorb nectar and plant juices. For insects, blood is not so much a necessary nutritional component as a substance required for normal reproduction and the production of more eggs. It is thanks to her that proteins enter the organisms of dipterans and energy is replenished. Feeding on blood is the prerogative of females only, while males prefer to refrain from such a “delicacy”.

The main question facing biologists is the following: why do 2 radically different types of mosquitoes coexist in the world today, some of which absorb only human blood, and others – animal blood?

The attention of researchers is especially attracted by the Kenyan settlement of Rabai, where representatives of 2 related species of Diptera bloodsuckers are found – Aedes aegypti formosus (black) and Aedes aegypti aegypti (brown). The former are forest dwellers who parasitize exclusively on animals and birds, while the latter, who have learned to reproduce in clear water, bite only people. 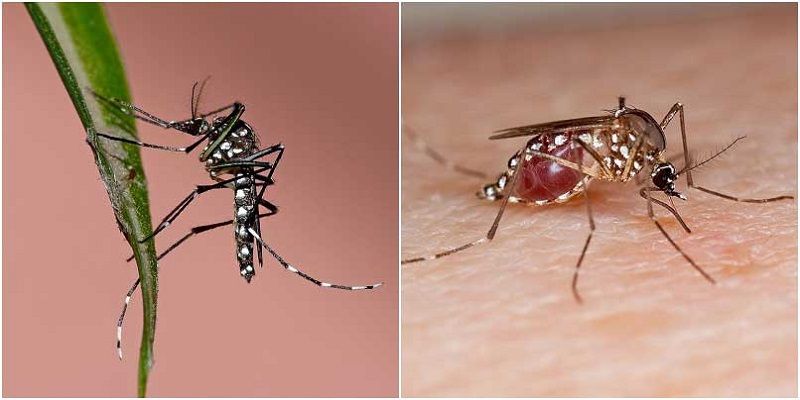 Until now, scientists have not been able to determine with 100% accuracy why mosquitoes are so strongly attracted to human blood. Apparently, the matter lies in the presence of some specific smell emanating from humans and causing an immediate response in dipterans. Part of the reason may lie in the smell of ammonia, as well as lactic and uric acid. All of this is generated when a person sweats.

Multiple bacteria that are present on the surface of the skin of any man, woman or child are also capable of attracting mosquitoes. Most of these microorganisms accumulate on the wrists and ankles, therefore it is these places that are attacked by mosquitoes more often than other parts of the body.

Another possible substance, before the smell of which insects are unable to resist, is sulcatone (a special chemical compound secreted by the human body in extremely small quantities). However, when scientists marked a guinea pig with sulcatone, the mosquitoes instantly lost their former interest and no longer wanted to bite the animal. 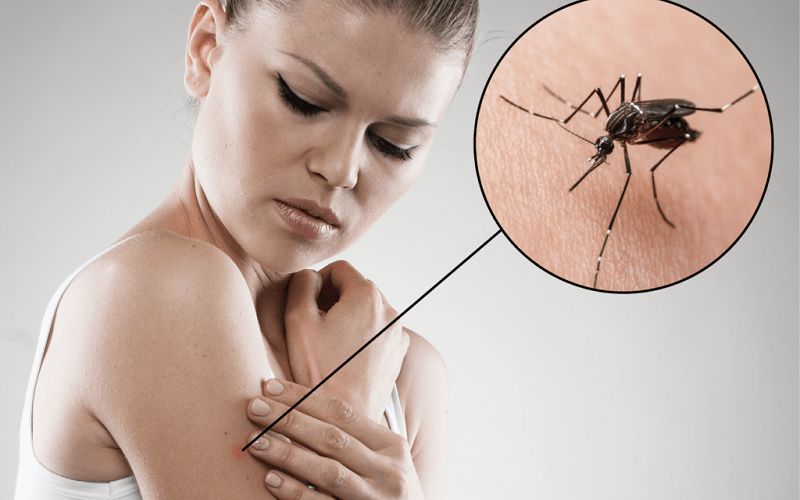 So today, research in this area is actively continuing – scientists do not lose hope of discovering a unique substance that so strongly attracts insects to the human blood and body.

Another interesting fact is related to vision and the structure of the pupils of goats. Most living creatures that exist in nature have round or vertically arranged rectangular pupils – so, the former are characteristic of humans, and the latter are for cats, some species of snakes, etc. However, goats, sheep and other herbivorous artiodactyls are an exception to this rule – they have wide rectangular pupils that are horizontal!

This feature has its advantages. Due to this structure of the eyes, the goat is able not to turn its head, but to see 340 degrees around itself, while a person under the same conditions has a viewing angle of only 160-180 degrees. It is no coincidence that this form of pupils developed in goats – it happened millions of years ago under the influence of external factors, in particular, light. Because even then, the goats fed on grass, they were forced to keep their heads low to the ground all the time. 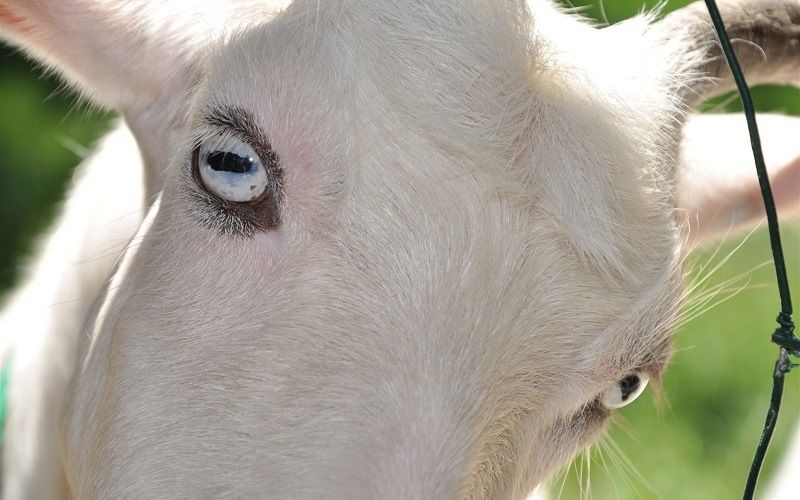 Apparently, under the constant influence of ultraviolet light, their initially round pupils began to gradually narrow, and this happened precisely horizontally – this way the animals retained the ability to control the environment and notice the approaching danger in time without interrupting their feeding. In a similar way, nature has saved goats, sheep and other cloven-hoofed creatures from deterioration in the quality of vision and from actual extinction.

Goats are herd creatures, so they are usually positioned in a field or meadow so that they can take in the entire surrounding area. The keen eyesight of these animals is also adapted to complete darkness, impenetrable for humans – their rectangular pupils are well adapted to any level of illumination.

Mongooses and octopuses have similar rectangular and horizontally located pupils. The vision of these creatures also needed to adapt to a large amount of sunlight, and they themselves needed to be well-controlled in order to instantly save themselves from danger. 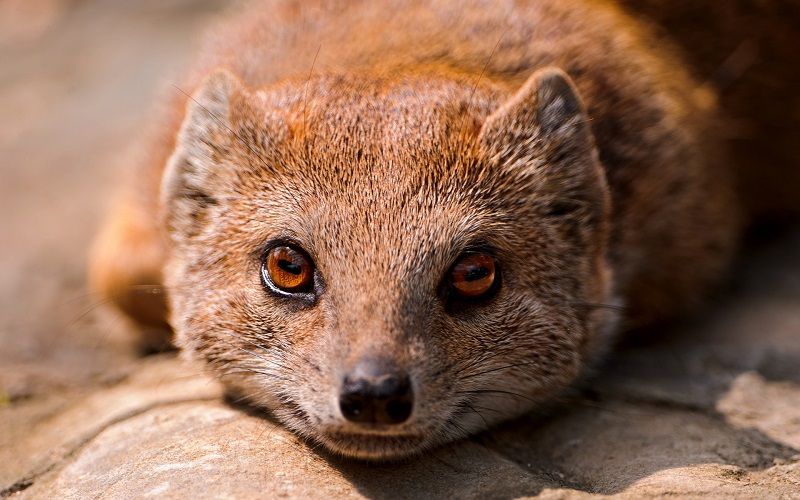 Holders of rectangular pupils have an excellent viewing angle and good night vision, which cannot be said about their spatial orientation. They poorly determine the distance to surrounding objects and are practically unable to choose the direction of their movement, and therefore usually rush where they are looking. In turn, those living creatures that have narrow and vertical pupils have impaired peripheral vision, but can quickly and accurately determine the distance to the victim, which is used during hunting.

Swans: some of the most dangerous birds in the world

Another interesting fact is connected with swans – representatives of the order Anseriformes of the Duck family. These birds are one of the largest waterfowl winged creatures in nature: for example, their body weight can reach 15 kg, and their wingspan is 2 m. They have very strong and well-developed muscles.

Despite the fact that in popular culture the swan is the personification of love, tenderness and beauty, in the wild this animal is able to manifest itself very unexpectedly, namely, to become aggressive and irritable during breeding and raising offspring. A monogamous couple is formed during the mating season, i.e. in March-April. After the male achieves the female with the help of special rituals (love games, also called “mating”), the birds begin to build the nest. They equip it in secluded places, and therefore – do not want to meet with uninvited guests. 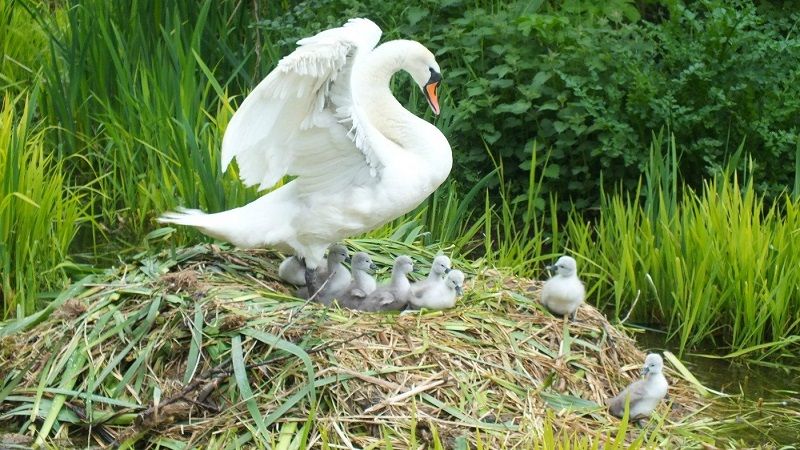 If a person approaches the nest or the swan itself critically close, then he risks running into the blows of powerful and heavy wings and even breaking his limbs.

In 2010, in the capital of Latvia, Riga, an incident occurred that cost a man his life. His wife, who was bathing in the river, swam too close to a pair of swans, which caused one of the birds to attack her. The husband tried to protect his beloved, and then the aggression of the animal switched to him. As a result of the fight against a strong creature, the man went under water and drowned. Anyone should stay alert with these beautiful but dangerous birds, and in no case encroach on the inviolability of their personal boundaries.

There are not only dangerous creatures in the world, but also whole places that can cost a person his life. One of them is the island of Keimada Grande, located in the Atlantic Ocean near Brazil. This is a picturesque place, spread out on a piece of land of only 0.43 sq. km., has become a haven for hundreds of species of poisonous snakes. Visiting this island is strictly prohibited as it was included in the list of the most dangerous places on the planet back in 1985. On the one hand, a similar measure was taken to ensure the safety of mad adventurers, and, on the other hand, it was aimed at preserving the unique ecosystem of Keimada Grande in its natural and pristine form. 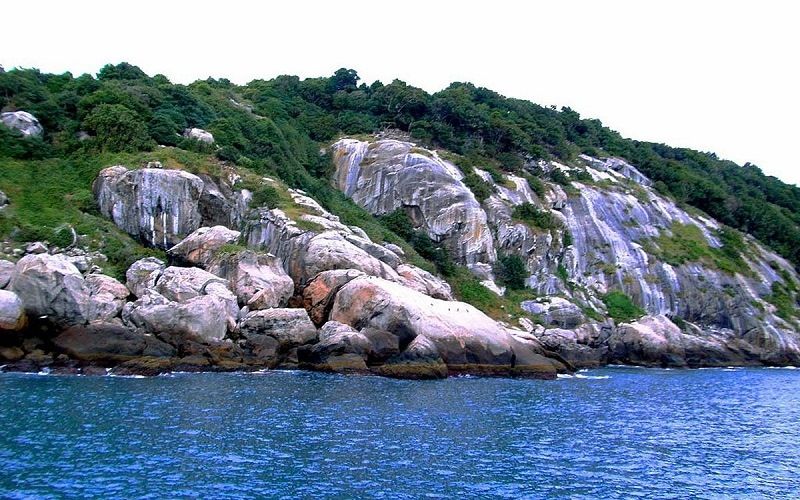 For 1 sq. m. of sushi there are 5 serpents at once! The absolute winner in terms of danger level is the lance-headed island Bottrops, which is capable of reaching 100-120 cm in length. This snake with a rather aggressive character is a local endemic, i.e. except for this land area, it is not found anywhere else in the world. It has a strong body of golden yellow color with a characteristic pattern of triangles or squares. Bottrops venom is incredibly strong – so, a mouse dies from it in just 2 seconds. The death of human tissue also occurs almost instantly.

It is interesting! The snakes that took a liking to the island drove out from here not only people, but also animals. There are no other creatures here, except perhaps for migratory birds. The island serpents feed on them, but food is still not enough. According to a study, over the past 15 years, the number of snakes on Keimada Grande has decreased by 50%.

It is believed that snakes inhabited the island when it was not yet an island itself, but was connected to the mainland by a narrow isthmus. The absence of people, who had previously diligently set fire to forests and drained swamps to fight creeping creatures, pleased the snakes. The hot climate and sufficient humidity also turned out to be suitable conditions for them. Later, the island separated from the mainland and went on an open voyage as a result of the geological changes that occurred. 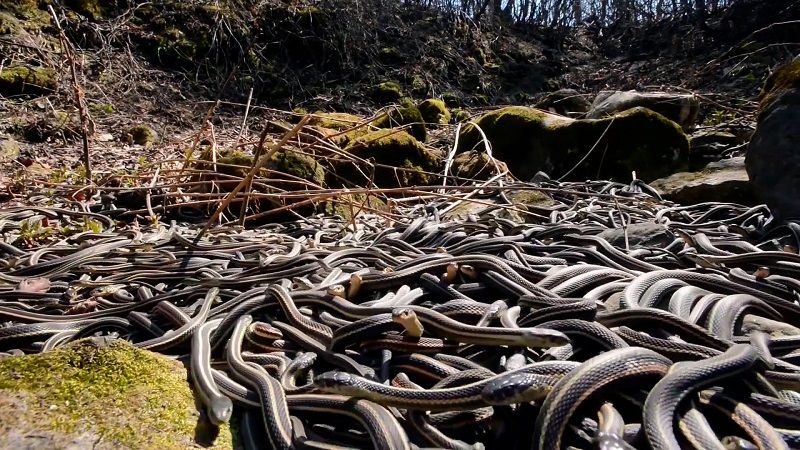 Interesting fact! The only structure on the island is an old automatic lighthouse. There is no caretaker at the lighthouse, because living on the island would be too dangerous for him.

The last interesting fact about nature is associated with an unusual forest that stretches near the Polish city of Gryfino on an area of ​​1.8 hectares. The uniqueness of the crooked forest lies in the fact that there are about 400 strange trees with twisted trunks at the base. All of them:

It is known that the forest was planted by local residents in the 30s of the last century. However, the versions about what happened to the trees during their growth differ. Some believe that the curvature is the work of carpenters, who later wanted to use wood for the manufacture of various household utensils. To this, professional lumberjacks notice that the quality of pines is not high enough to be used to create furniture. And to handle curved trunks is much less convenient than straight ones. 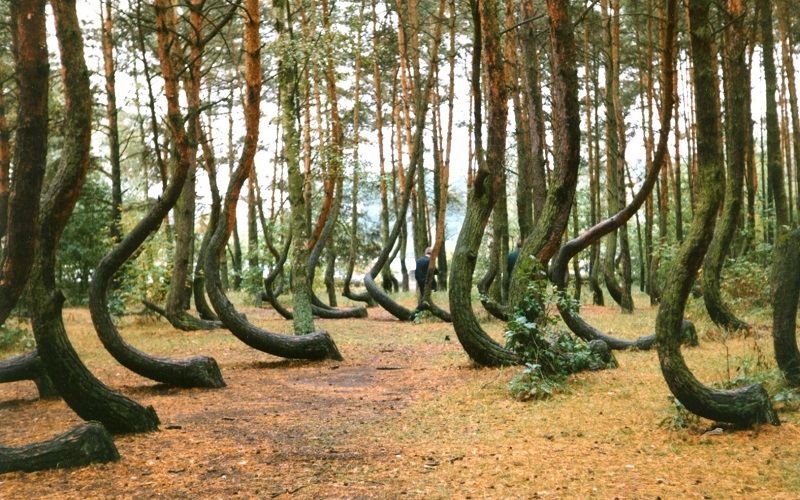 Other researchers attribute the bending of trees to powerful winds. However, this version also seems unlikely, because in order for the trunks to deform so much, the winds had to be not only incredibly strong, but also extremely prolonged. There was no evidence of such weather anomalies in Poland at that time.

And, finally, according to the latest theory, one of the local breeders could have been involved in the creation of a crooked forest, who wished to grow a forest where it would be impossible to get lost. Today, dendrological scientists (people who study woody plants) are working out various versions, and the truth has yet to be established.