The book has long been a constant companion of man and it is impossible to imagine the modern world without a book in one form or another. And once, on the contrary, it was difficult to imagine a book as an object of everyday necessity – so difficult was its production. For a modern person, familiar with unique technologies, interesting and unusual facts about ancient books, manuscripts and methods of their production are always surprising.

A well-preserved ancient work “The Epic of Gilgamesh”, written in cuneiform on clay tablets, has come down to us. The poem was created over 150 years – XVIII-XVII centuries BC. e. The oldest version of the poem consists of six passages.

The more complete and later version is recorded on 12 tablets, each with 6 columns, written in small cuneiform, and it consists of 3,000 verses.

Deciphering was done by George Smith. He found in the poem a flood myth similar to that set forth in the Bible. He also argued that the tablets found were only part of the poem, and it should consist of 12 songs, each with 300 lines. 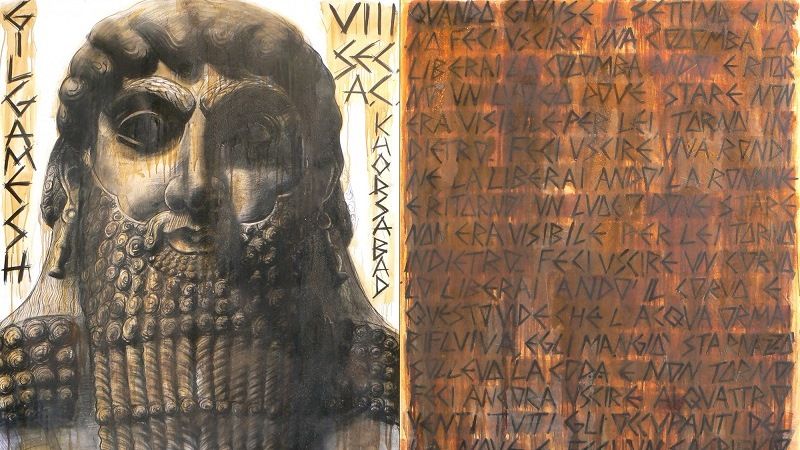 Later (early and mid-20th), other fragments of an ancient manuscript book were found, and more recently, in 2015, the epic was replenished with another 20 lines.

Interesting! The epic was based on the legends of the Sumerian people. The work tells about the demigod Gilgamesh – a mighty warrior, the king of Uruk, the wild man Enkidu, created from clay.

Book of the Dead – handwritten book of antiquity

The name “Book of the Dead” was given to the papyrus, which includes various religious texts, Egyptian hymns, and prayers. He, along with other things, was placed in the tomb at burial. Some believe that another translation is more suitable for the book – the Book of Resurrection.

There are many copies of the collection, consisting of both several chapters and more than a hundred chapters. The best examples of it are written on thin papyrus and were found during excavations of the city of Thebes. Most of the scrolls belonged to wealthy priests and family members, dating back to 4,500 years. 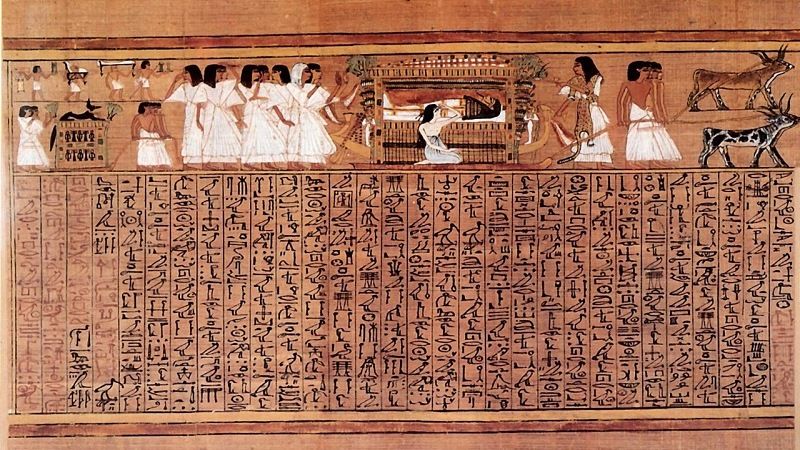 The papyrus sheets depicted various moments of the funeral ritual, scenes of the posthumous trial, drawings of the represented afterlife.

Researchers disagreed on the purpose of the book. It contains fear of death, hope for better times after earthly life, guidance on how to get through the dark world and be reborn again, advice on how to save the body in the grave. 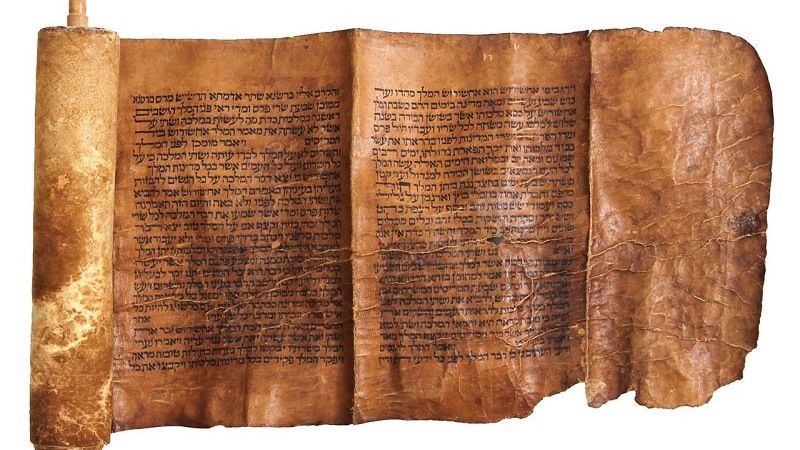 In the middle of the last century, a thick parchment book (more than 300 pages) with text, drawings and ornaments was discovered in the monastery of St. Garima (Ethiopia). The handwritten book was named Garima’s Code. Later it turned out that the Codex contains two books.

The Codex is considered one of the oldest Christian manuscripts – 330-650. n. e. 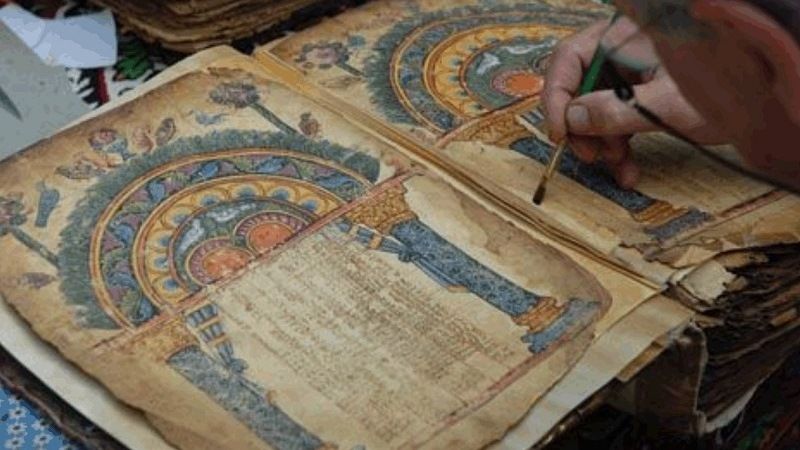 One of the ancient Old Slavonic books of Russia – the Novgorod Codex – was discovered at the Novgorod excavations (2000). Three linden wax planks (tsera), of which it consists, are small – 19x19cm, their thickness is 1cm. Each has a recess so that it is convenient to pour wax, and holes for connecting to each other. 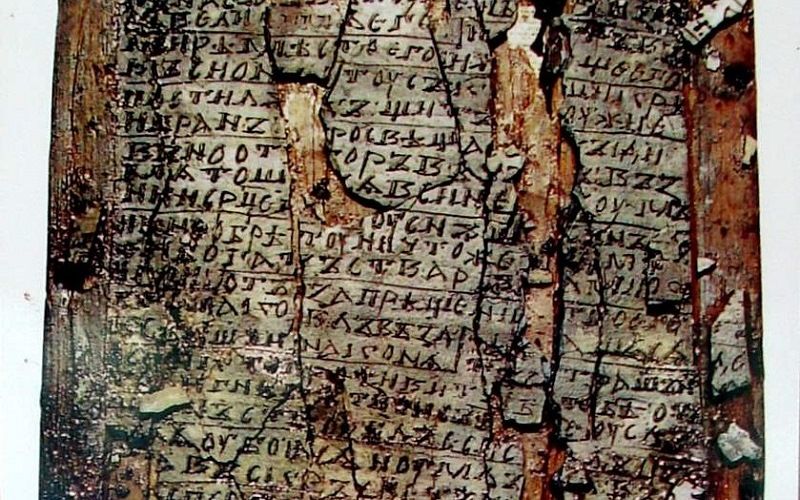 The content of the text of the Diamond Sutra is the basis of Mahayama Buddhism. Its creation is attributed to the III-IV c. e. One of the six Chinese translations of the sutra (Kumarajiva’s translation) is dated May 11, 868. The long scroll (4.8m) was acquired by archaeologist Mark Stein from a monk in the Magao Caves.

This edition is considered one of the first printed books in the world, namely, the second dated sample of woodcut (print on paper from a wooden board). The sutra speaks about the illusory nature of the world, about how a bodhisattva should think, speak and behave.

The posadnik Ostromir ordered the deacon Gregory to rewrite the text of the Gospel, on which he worked in 1056-1057. Gregory himself mentioned this in the manuscript. The Gospel is written in the Old Slavonic language, which is most valuable in the study of the history of the Russian and Ukrainian languages. The manuscript is considered one of the oldest handwritten books of Kievan Rus. 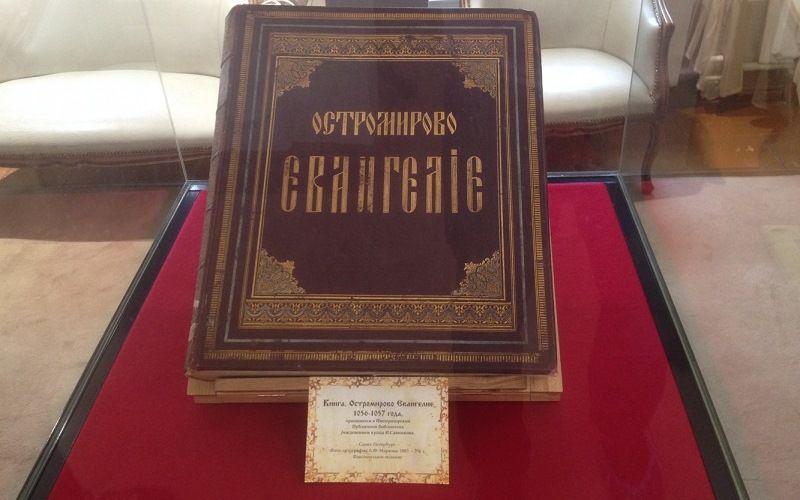 Along with the Gospels – Novgorod and Ostromirov – Izbornik Svyatoslav is in the list of the most ancient manuscript books in Russia. The manuscript was named after Prince Svyatoslav Yaroslavich, on whose order it was written. It consists of two books – Izborniki 1073 and 1076. 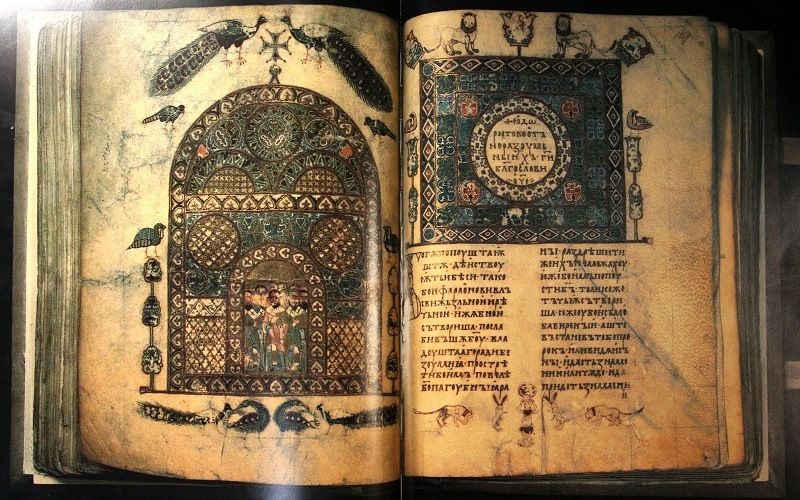 This handwritten edition on parchment is not only one of the oldest first books, but it can also be ranked among the most unusual editions. A handwritten book was created in the monastery of Podlazice (Czech Republic) at the beginning of the 13th century. It contains the full text of the Bible, and also contains the works of Flavius, Seville and others in Latin. It is assumed that one person wrote it for 20-30 years. 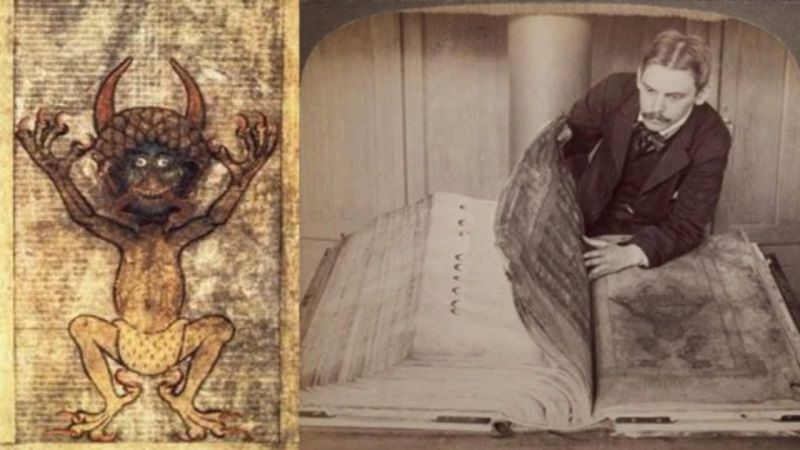 Interesting and unusual about the book:

Unusual and interesting facts about books

Manuscripts, old and ancient books are of interest to modern people not only for their content, but also for unusual facts from their history, which we learn about literally bit by bit. 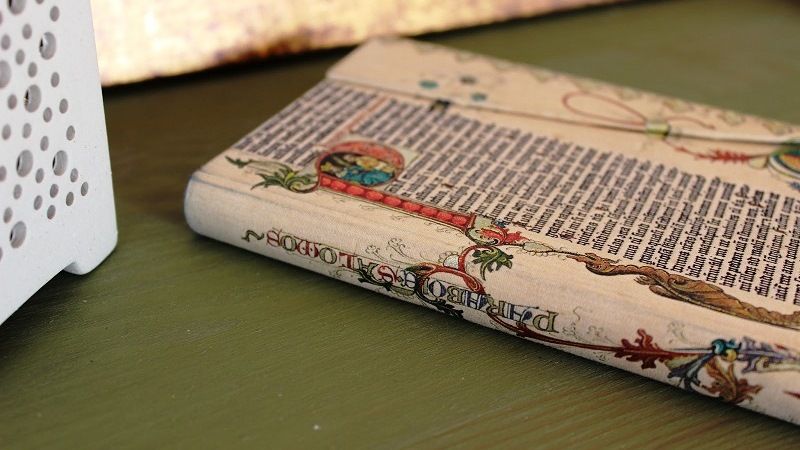 Interesting facts about manuscripts and books:

The world of old and ancient books and manuscripts is little known and prepares us a lot of unusual and interesting facts that we will learn with pleasure and surprise, expanding our horizons.