Interesting about the biosphere

The biosphere is a concept that everyone has heard, but upon closer examination it turns out: in fact, most people have a poor idea of ​​what it is. However, it is the biosphere envelope that is the cradle of life on Earth and the only habitat for humanity. Going deeper into this concept, you can discover a lot of amazing and interesting facts, having studied which comes a better understanding not only of the planet, but also of a person’s place on it.

The biosphere or wildlife appeared on Earth later than the rest of its shells. It was she who largely shaped the planet as it is now. If at least theoretically we remove living elements from the history of the formation of the Earth, then its appearance would be completely different and unrecognizable: without the atmosphere formed with the participation of plants, without vegetation and animals, without winds and bright colors of nature.

How it all began

Scientists still argue passionately about when and how the formation of the biosphere shell began. Most of them are inclined to believe that without the biosphere, the Earth did not exist for very long in the context of world history. 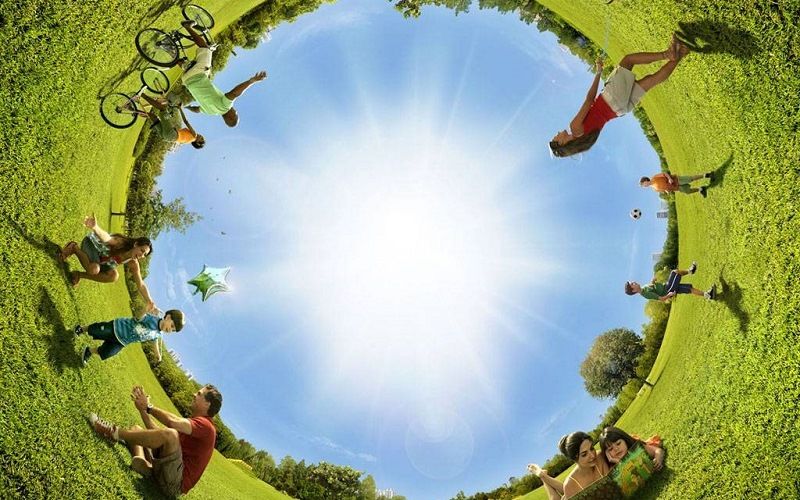 It is in this eternal circuit that the greatest meaning and main function of the biosphere lies. Then everything developed according to a well-known scheme: the emergence of life on land, complex and branched directions of evolution and the emergence of man.

The concept of “biosphere” is used by scientists of various fields: mathematicians, chemists, physicists, biologists, ecologists, sociologists, philosophers, etc. This basic concept helps to simplify complex elements and reveal hidden patterns, derive new laws and refute misconceptions. After this basic concept was formed, in many areas of science there was a huge leap forward. 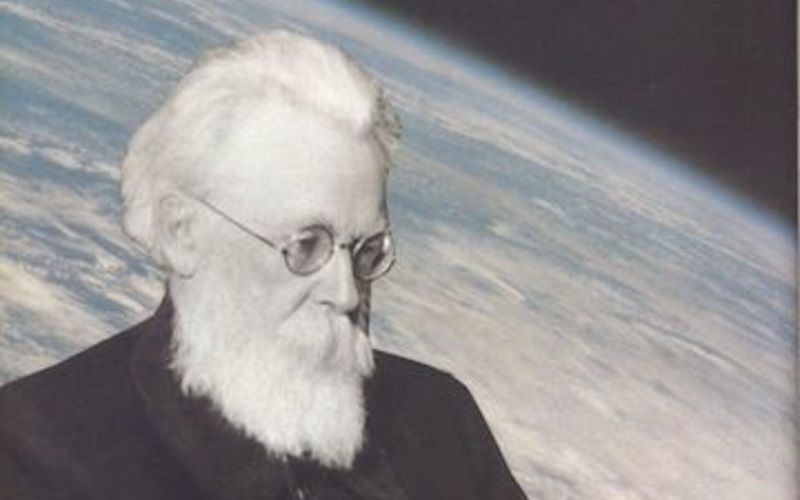 But the first to deduce and substantiate the concept of the biosphere was Vladimir Ivanovich Vernadsky – a scientist whose name is known all over the world to this day. In order to form the main teaching of his life, he perfectly mastered a number of sciences: paleontology, geology, mineralogy, soil science, biology, meteorics, geochemistry, philosophy, history, etc. Thanks to the incessant work, which he was engaged in until his death, he I was able to grasp the immensity and independently deduce the basic postulates. Even large groups of pundits had not been able to achieve such a result before him.

His life path was difficult, fate did not save this amazing person from hardship, prison and loss of loved ones, but Vladimir Ivanovich Vernadsky did not stop work, attracting more and more attention to his theory of the biosphere. Daily work, high purposefulness and extraordinary mind of this scientist have led to the fact that now this concept is known and understood by every student.

The boundaries of the biosphere

What is the biosphere envelope? This is a part of the earth’s space in which active organic reactions take place in living organisms. This phenomenon is very widespread and can be represented by both single spores in the upper layers of the Earth’s air shell, and huge concentrations in tropical forests and jungles. 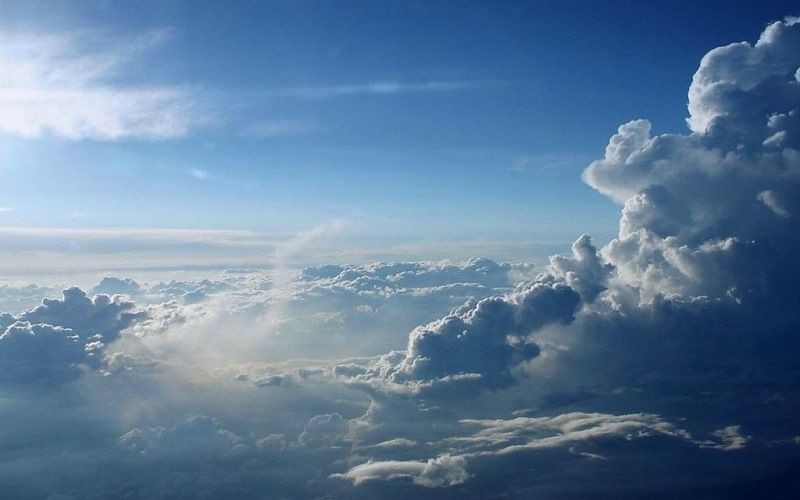 There are three layers of the biosphere:

All these data are rather approximate, since there is no way to accurately measure the boundaries. Individual microorganisms were found at an astonishing altitude of 41 km. How they got so high is a mystery. It is believed that they were carried away by air currents after volcanic eruptions. The temperature and pressure level there are very low, and the radiation is very active, so it is unlikely that these microorganisms could continue to function normally after returning back. The deepest living organisms were found at the bottom of the Mariana Trench, where conditions are also very extreme.

Despite such impressive numbers, the overall biosphere layer is extremely thin compared to the Earth. To give a rough idea of ​​the proportions, it can be compared to the skin on an apple.

Living and inanimate nature of the planet

Throughout the history of the Earth, a huge number of living organisms arose. According to the most conservative estimates of specialists, their number reaches 500 million. At the moment, only 2 million of them remain, while others have disappeared from the face of the Earth. But this process is not as terrible as it might seem: every day not only individual species die out, but also new and interesting ones appear, and this process has not stopped for billions of years. 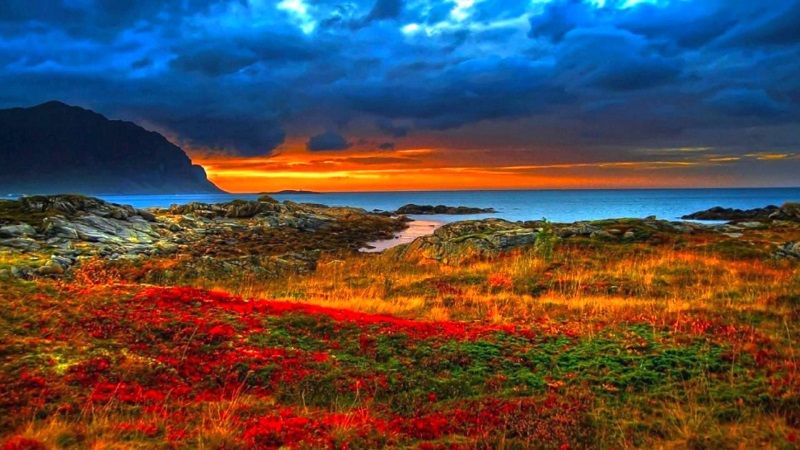 An interesting question concerns how much wildlife there is on the planet. Rough calculations give a figure of 1016 tons. It is difficult to imagine this huge mass, so you can illustrate it in a different way. About 4 thousand different minerals were present on the planet in all epochs, while as soon as at the moment one can find 500 thousand varieties of plants and 1.5 million – animals. From these data, it can be understood that inanimate nature is very stable and constant, while living nature is changeable, variable, interesting and multifaceted.

All living nature is subdivided into four numerous kingdoms: fungi, animals, plants, and bacteria. They exist exclusively due to the supply of solar energy. If the Sun had gone out, the biosphere would have shrunk 800 times during the first week, and within a month life would have ceased completely. For representatives of all kingdoms, solar energy is a prerequisite for existence.

According to the type of consumption of this energy, all living things are divided into two huge groups:

The distribution of these two groups across the planet is uneven. They are least often found in the upper and lower boundaries of the biosphere envelope: in the troposphere and deep layers of the lithosphere. The spores of bacteria and fungi are “taken away” most of all: they are found at an altitude of 20-22 km above sea level. The maximum depth at which bacteria are found again is 4 km deep into the earth’s crust and 11 km deep into the World Ocean. 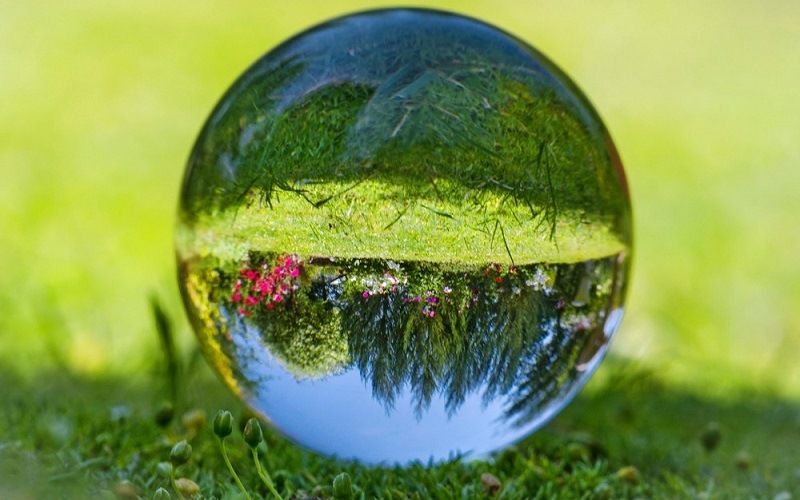 The rest of the variety is concentrated between them. Most of the living biomass is concentrated at the level from 200 m of the World Ocean to 1.5 km above sea level. Moreover, the overwhelming majority live on land, although life came out of the water. Animals and plant inhabitants of the land are 750 times heavier than the total mass of aquatic inhabitants. The water is inhabited with approximately the same intensity as the desert.

Although the species composition of plants makes up only 21% of the total composition of the biosphere, its mass is 100 times that of animals. This is natural, because animals need to use many plants for food every day, otherwise they would die of hunger. It is this relationship that leads to equilibrium on Earth.

Another interesting pattern: the simpler the organism is, the wider its distribution. For example, bacteria can be found in any nooks and crannies of the planet, even in those places where it would seem that there are no conditions for life at all. They are followed by the ubiquitous insects, and vertebrates make up only 4%. Complex mammals are even represented by tenths of a percent.

The invincible force of life

The influence of the biosphere screen on the appearance of the planet is enormous. Its role is exceptional, because it changes the geographic envelope no less than, for example, wind, movement of rivers and glaciers, hurricanes, tsunamis and storms.

Interestingly, the widespread distribution is due not only to the mobility that is present in animals. Even plants are capable of spreading through the world at great speed, not to mention microorganisms. The main mechanism by which this happens is the huge potential for reproduction, which seems to be simply unlimited. 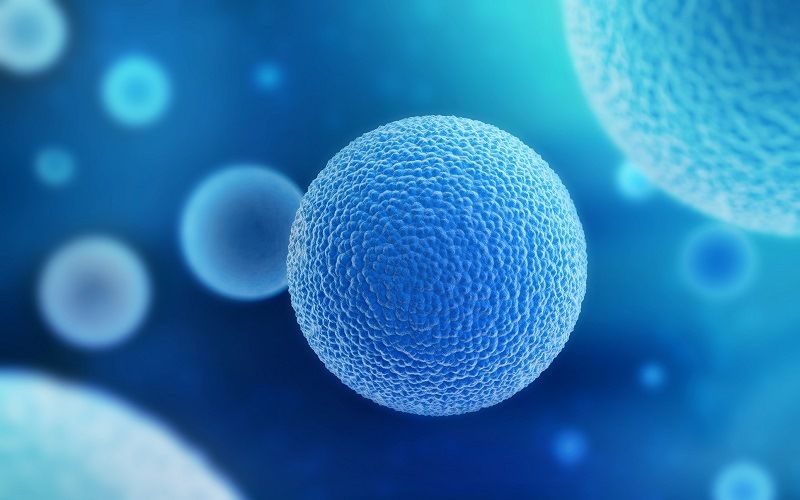 For example, a queen bee in a hive lays about 200 thousand eggs in one summer. If the seeds of one dandelion sprouted in suitable conditions, then in 11 years its offspring would cover the entire land of the planet. A single specimen of poppy per season is capable of giving rise to 300 thousand new plants, and the female cod lays several million units of full-fledged eggs, which can be fertilized by the male.

Algae and bacteria are second to none in this race. In just eight days, a diatom, multiplying by fission, could produce a mass that is equal to the volume of the Earth, and after a fraction of it, make it twice more. An interesting and well-known ciliate-shoe since school times could create a live mass that exceeds the mass of our planet by 104 times in five years. A single bacterial cell in just a little over four days can give 1036 offspring, which would have managed to get to all the oceans during this period.

But it looks like this only in theory. In practice, the spread is limited by a huge list of unfavorable conditions, which nature is trying to overcome by an incessant reproduction cycle. Hundreds of thousands of seeds that have ripened on a plant die, falling on stones or poor soil, animals and birds eat them in huge quantities. Newborn baby turtles do not have time to reach the saving waves before birds of prey carry them away, and eggs of fish and amphibians are destroyed by cold, heat and other fish.

Despite the difficulties, nature does not cease to exist, plants grow, and animals are born with the same clarity that is laid down by the universe itself.

So far, experts have not found such shells on other planets, so the Earth’s biosphere screen is considered unique and unique. But theoretically it is quite possible that on unexplored planets there may be not only microorganisms, but also higher forms of living nature. 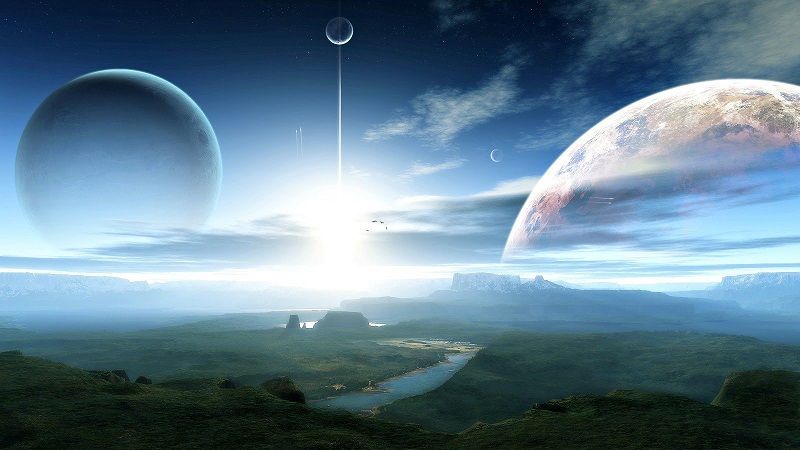 It is also possible that in the near future such a protective layer will be created on other planets that mankind will try to populate, for example, on Mars. At the moment, the development of technical means and techniques necessary for this is underway. Therefore, it is quite possible that in a few generations our offspring will fly to rest or visit relatives on other planets, where people will create an artificial biosphere shell.