Injured giant squid washed up on the beach

The photos shared on the Internet by Ali Paulus surprised users, because it’s not every day that you get to admire such an unusual creature as a giant squid. 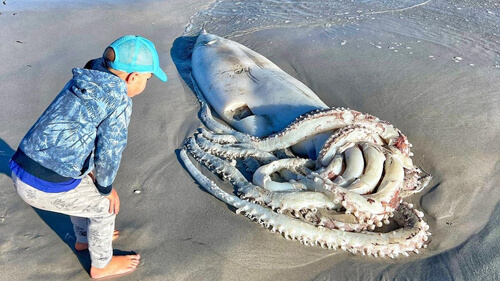 A woman captured a marine life on the beach in Kommetji (South Africa). Unfortunately, the condition of the squid did not inspire hope that he would survive. The wounded creature received a serious cut injury – apparently, having suffered from a boat propeller. 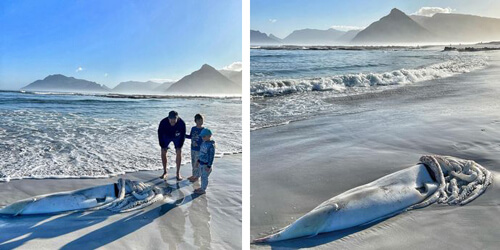 Encounters with giant squids are extremely rare, because they live at great depths and infrequently float to the surface. 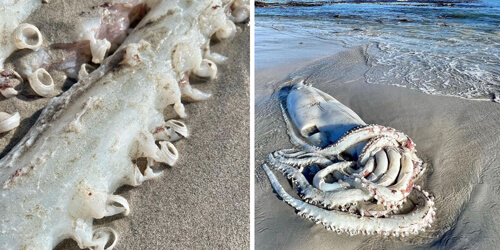 This squid struck both the eyewitness and Internet users with its size. Its length was about 2.2 meters, and this is without deployed tentacles. The giant was bigger than a child. 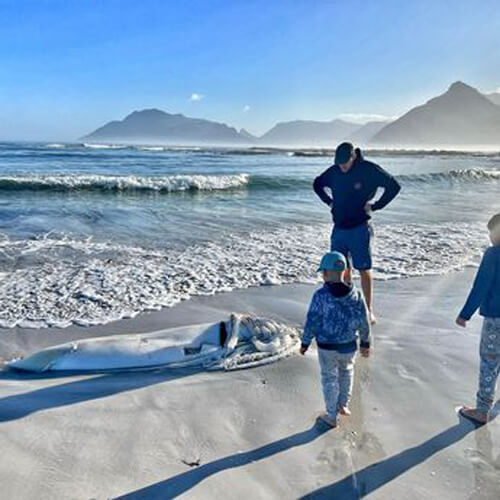 Discussing the photographs taken by Ali, people did not stint on words of admiration for the wonders of nature. Although the unfortunate squid, of course, everyone took pity on.

The statue of a squid caused delight not all citizens