There are many ways to get attention for advertising purposes. For example, the Diesel company used an inflatable doll. 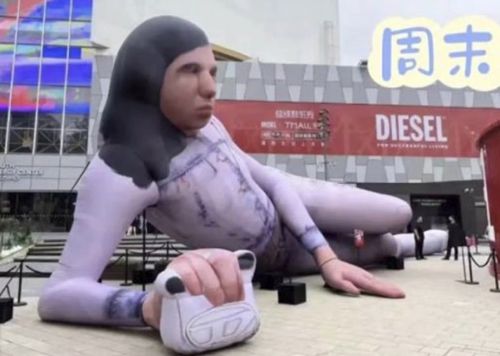 However, an unusual sculpture that appeared near the Diesel store on one of the streets of Shanghai (China), although it attracted attention, was not at all flattering. 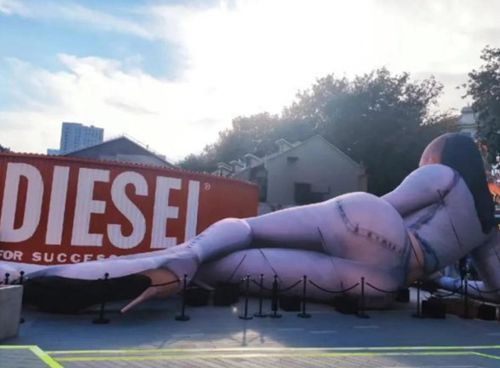 Most eyewitnesses did not like the doll, put on public display in the city center. Particularly disturbing, people considered the face of an inflatable lady, which seemed to have melted. The lack of eyebrows and slightly rolled eyes also did not give the appearance of an inflatable sculpture of beauty. 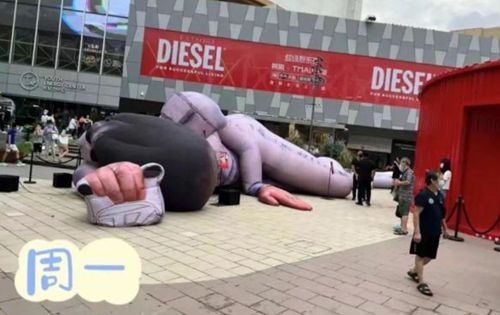 However, despite the fact that almost everyone considered the doll ugly, there were many people, especially among young people, who come with pleasure to take pictures with the sculpture. 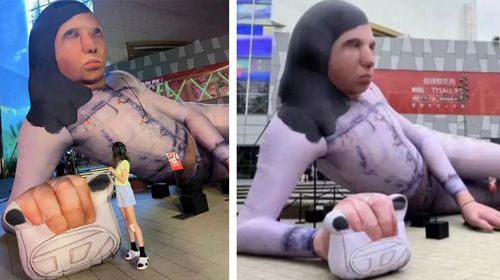 The Diesel doll has become another topic of discussion in an important discussion that has been going on in Chinese society lately. People are having an aesthetic debate about public works of art amid a growing preference for traditional beauty and Chinese identity.