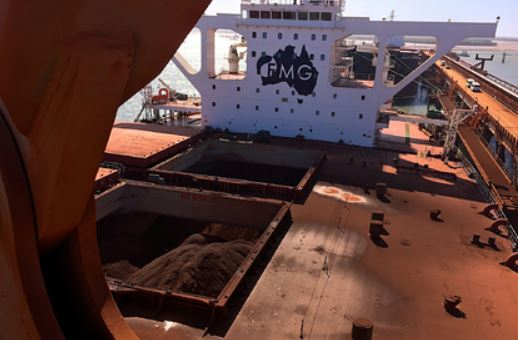 Australian industrial giant Fortescue Metals has announced that it will develop renewable energy sources and plans to produce 15 million tonnes of green hydrogen annually by 2030. In addition, the company announced that it will become the world’s first major supplier of “green” iron ore. Reported by Reuters.

Fortescue Future Industries (FFI), one of the company’s divisions, develops “environmentally friendly” trains, trucks and ships, as well as decarbonization technologies. In 2020, the company allocated $ 122 million for these projects and plans to spend between 400 and 600 million by June 2022. FFI’s already stated goals include achieving zero emissions at its facilities and producing 15 million tonnes of green hydrogen per year by 2030. To accomplish this task, the company will need about 2 gigawatts of electrolytic capacity. For comparison, the average capacity of each of the largest Australian projects is estimated at just 0.01 gigawatts.

Fortescue Metals also ranks fourth in the world in terms of iron ore production. The company is currently pursuing one of the most ambitious plans to help save the planet in its industry. Fortescue Metals founder Andrew Forrest said the company will soon take a “big step” towards diversifying renewable energy and clean hydrogen. This step will be the creation of a large-scale production of new, “green” iron ore to create “decarbonized” steel. Forrest said that specific plans for the implementation of environmental projects will be announced next month. According to him, the company must first make sure that it can successfully fulfill its goals.

In June, the Australian Center for Corporate Responsibility accused the country’s authorities of not wanting to help save the planet after the government rejected a proposal for a major renewable energy project. Officials have said it will have a negative impact on the environment, but the Australian Center for Corporate Responsibility argues that the authorities simply do not want to ditch fossil fuels. The country is one of the five largest countries for coal production. Energy export and mining revenues are expected to reach $ 249 billion this year.