In the US, assessed the prospects for the ban of cryptocurrencies 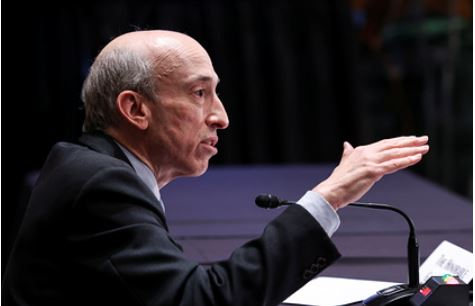 Gary Gensler, Chairman of the US Securities and Exchange Commission (SEC), gave a long-awaited assessment of the prospects for a cryptocurrency ban in the US. According to him, the authorities will not follow China’s example and will not take such measures, writes Bloomberg. Thus, the head of the SEC denied the suspicions of market participants that arose due to Gensler’s tough stance regarding the regulation of the circulation of digital money.

According to the chairman of the SEC, the main goals of the US government at the moment are to ensure compliance with rules for protecting investors and consumers, anti-money laundering regulations and tax laws. When asked about the introduction of a ban on the use of digital coins in the United States, Gensler replied that the SEC’s approach to regulating the industry is “completely different.” He added that any ban of this magnitude is likely to be subject to congressional approval.

Gensler’s words are consistent with a recent statement by Federal Reserve Chairman Jerome Powell: on September 30, at a Congressional hearing, the official stressed that he “had no intention” to ban the use of cryptocurrencies. At the same time, US President Joe Biden recently announced that he has found ideological allies in the fight against illegal crypto transactions and will organize an international online meeting in October where the participating countries will discuss countering cybercrime.

Concerns over a digital currency ban in the US have intensified after China took drastic measures in September and declared any cryptocurrency transactions illegal. In addition, the PRC has promised to actively work to eradicate mining in the country.