In the United States, under threat of default, prepared to fight for the debt ceiling 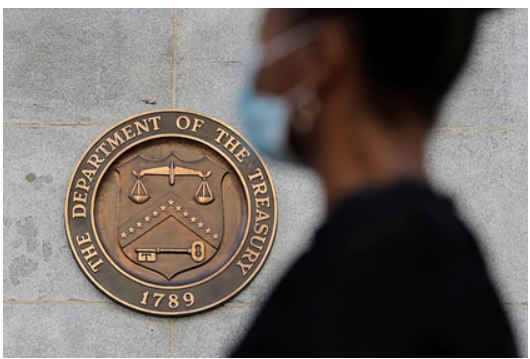 The Congressional Budget Office on July 21 will present its estimates on whether the federal government has run out of money to pay bills, setting the stage for a battle over the so-called debt ceiling, Reuters writes.

This is the amount that the authorities can borrow in order to pay off their obligations, which can be compared to a personal limit on a credit card. Since the government spends more than the level of its income, it can only work with increasing debt. The ceiling is now frozen at $ 28.5 trillion until July 31. If by this time Congress does not agree to raise the permissible level of borrowing, then US Treasury Secretary Janet Yellen will have to take measures to avoid the threat of default.

The Democratic and Republican parties have disagreements over how to deal with the situation. Republicans believe that spending should be cut, while Democrats believe that easing borrowing restrictions should not depend on discussions about cutting spending. If they fail to come to a consensus on the issue of national debt, this could lead to a shutdown – the suspension of the work of the US federal structures. The country has faced this situation three times over the past ten years.

In June, the head of the US Treasury Yellen said that the failure to raise the government debt ceiling threatens the country with catastrophic consequences for the economy, announcing exceptional measures to prevent default. She also stressed the prospect of an intensification of the financial crisis in the difficult period of economic recovery after the pandemic. Earlier, Republicans said they would not support an increase in national debt if US President Joe Biden and Democrats did not agree to cut spending.