In the center of Moscow members "Apple" detained for single pickets 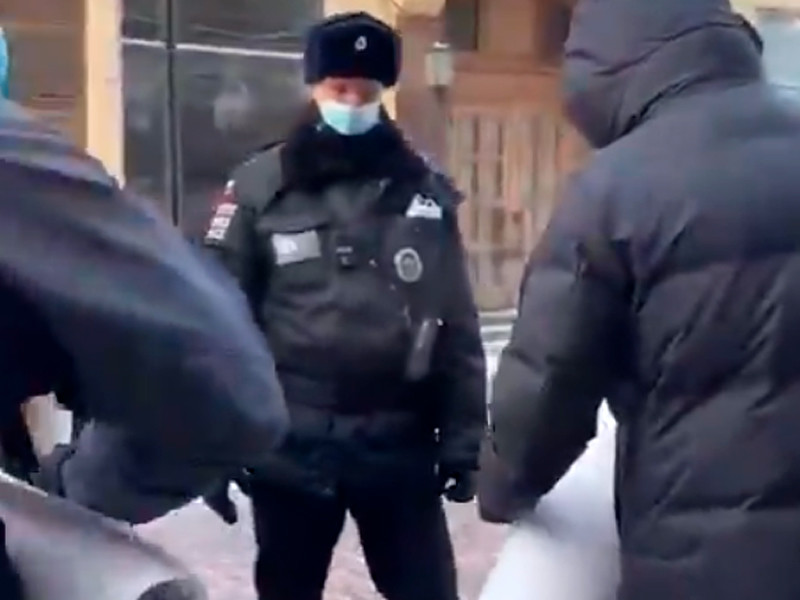 In the center of Moscow, the police detained seven members of the youth branch of the Yabloko party, who took to the Arbat Street with single pickets, OVD-Info writes. All the detainees drew up protocols on violation of the rules of the meeting.

Activists held single pickets at a distance of more than 100 meters from each other (according to the law, this does not require coordination with the authorities) in support of systemic resistance, against corruption and political repression.

Yabloko has already stated that it does not agree with the charges. Moscow City Duma deputy from Yabloko Sergei Mitrokhin said that the activists are charged with an article about participation in an unauthorized action (part 5 of article 20.2 of the Administrative Code). Among the detainees, according to the newspaper, are Alexei Boris, Dar Igrunov, Alexey Flyagin, Leonid Kolganov, Mikhail Kochurenkov, Daniil Bankin, Ivan Kozlov.

They were taken to the “Arbat” police station. One of the detainees said that they were given the right to one call and that their phones were taken away.

Later, all the detainees were released from the police department with protocols under part 5 of article 20.2 of the Administrative Code.

Six activists of the Youth Yabloko who were holding pickets were detained on Arbat https://t.co/cLEPZeX7zd
Video: Ilya Chernikov pic.twitter.com/BstnktVEG5