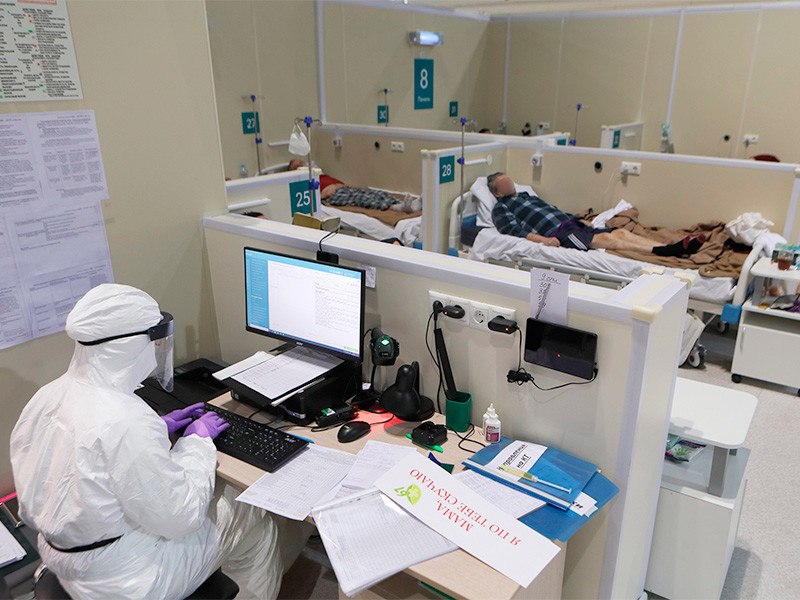 In Moscow, the daily increase was 6620. In total, 786 204 infected people were identified in the capital for the entire time. A day earlier, 7,480 cases were registered in Moscow. In relative terms, the number of people infected in the capital increased by 0.8%. 5,063 people recovered per day in the city, 73 died. Since the beginning of the pandemic, a total of 604,604 patients (76.9% of all infected) have recovered in Moscow, 10,913 deaths have been recorded (1.39% of patients). Now 170,687 people are continuing treatment in the capital, it follows from the data of the headquarters.

The number of so-called active cases, that is, patients who are being treated at the moment, increased in the country to 544 641, follows from the reports of the federal headquarters.

The number of so-called active cases, that is, patients who are being treated at the moment, increased in the country to 544 641, follows from the headquarters. Over the entire period of the pandemic in the Russian Federation, 3,050,248 episodes of coronavirus were recorded.

In the world, according to Johns Hopkins University, 80.3 million cases of infection have already been identified. The leaders of antrating are the United States (18.9 million), India (10.1 million) and Brazil (7.4 million).

Russia is in fourth place in this indicator, ahead of France (2.6 million) and the UK (2.2 million).

According to the website Worldometer, which specializes in statistics on the most important world events, the death rate from COVID-19 per 1 million of the world’s population was 226.4 on Sunday morning. In the United States, 1,024 people died per 1 million inhabitants, in India – 106, Brazil – 895.