In Norilsk, four were detained in the case of the death of three workers 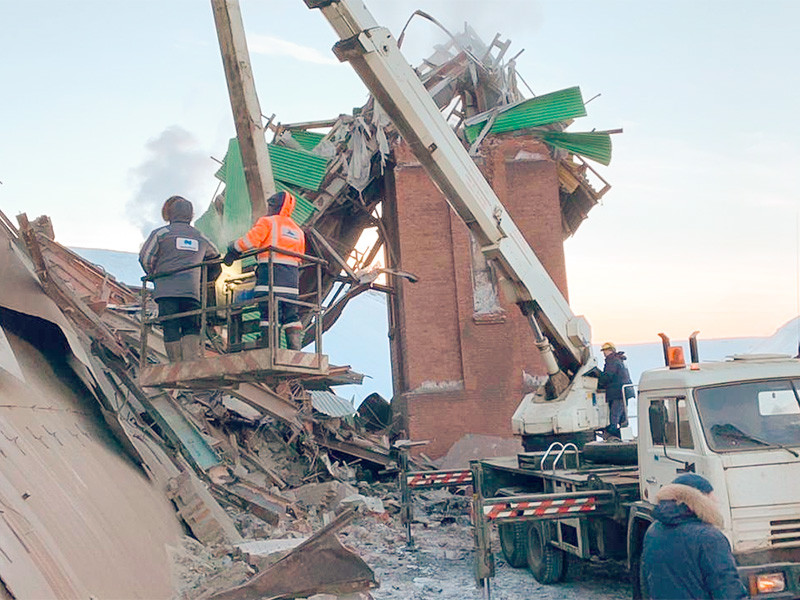 Main Directorate of EMERCOM of Russia for the Krasnoyarsk Territory

Four employees from the management of a mining and processing plant in Norilsk and the contractor company were detained as part of a criminal investigation into the deaths of workers during repair work, the press service of the Investigative Department of the RF IC for the Krasnoyarsk Territory and the Republic of Khakassia reported on Sunday. Interfax “.

“As part of the investigation of the criminal case, the 43-year-old head of the technical supervision department, the 37-year-old chief engineer and the 46-year-old head of the crushing shop at the Norilsk concentration plant Medvezhy Ruchey LLC were detained, as well as a 43-year-old employee of the Norilsknickelremont repair and construction trust. , responsible for the admission of employees to work, “the ICR said in a statement.

Four workers who were injured during the collapse at the Norilsk mining and processing plant were transferred from the intensive care unit to the general wards of the hospital. One more victim is still in intensive care. His condition is assessed as consistently serious, according to the Ministry of Health of the Krasnoyarsk Territory.

The Norilsk authorities declared February 22 a day of mourning in connection with the deaths of workers due to a collapse at a factory.

In July 2018, defects were already found on the territory of the processing plant that were not promptly eliminated. “According to the preliminary version of the investigation, in July 2018, when examining the building structures of the building of the crushing warehouse of the Norilsk concentration plant, defects were found that could lead to the collapse of the building, and a decision was made to carry out construction and repair work, which were not started in a timely manner in deadline as a result of the inaction of the suspected employees of the Norilsk washing plant, “the message says.

Let us remind you that on the eve of the Norilsk dressing plant (owned by the Norilsk Nickel structure – Bear Ruchey LLC), a building of one of the shops with an area of ​​about a thousand square meters collapsed. The ore transfer point and the adjoining pedestrian gallery were destroyed.

The bodies of two people were found under the rubble. Two people escaped on their own, rescuers found four more, but one of them died in an ambulance. Other victims were hospitalized in serious condition. In total, there are eight people in the hospital who were injured in the accident.

According to the company itself, the incident took place during repair work carried out by Norilsknickelremont LLC. Investigators opened a criminal case under Part 3 of Art. 216 of the Criminal Code of the Russian Federation (violation of safety rules during mining, resulting in the death of two or more persons by negligence). On the fact of the incident, the prosecutor’s office also initiated an investigation.

It should be noted that the accident occurred at a time when the terrible consequences of the environmental catastrophe that happened less than a year ago at the enterprise of another Norilsk Nickel subsidiary have not yet been eliminated. On May 29, 2020, on the territory of TPP-3 of NTEK JSC, which is part of the Norilsk Nickel group of companies, one of the tanks was depressurized due to subsidence of the pile foundation and a spill of fuel and lubricants.

According to Rosprirodnadzor, about 20 thousand tons of oil products spilled, fuel got into the Bezymyanny stream and the Daldykan and Ambarnaya rivers, which flows into Lake Pyasino. Four criminal cases were initiated into the incident, and the head of the CHP plant was placed under arrest. The Ministry of Emergency Situations called the May diesel spill in Norilsk the largest on the planet.

The management of Norilsk Nickel at first refused to recognize the scale of the disaster, but literally on February 19, 2021, agreed to compensate for environmental damage in the amount of 146.2 billion rubles according to the court decision. This was announced in the course of the company’s direct line by the senior vice president of Norilsk Nickel for sustainable development Andrey Bugrov.

The Norilsk beneficiation plant is one of two processing sites of Norilsk Nickel in Taimyr, yielding to the main Talnakh plant. Since 2016, the Norilsk plant has been a part of Medvezhy Ruchey LLC, a subsidiary of Norilsk Nickel, along with other assets that make up the so-called Southern cluster: the northern part of the Norilsk-1 polymetallic deposit, the Zapolyarny mine, the Medvezhy Ruchey quarry , Norilsk concentration plant, tailing dump N1 and tailing dump “Lebyazhye”. The Norilsk enrichment plant processes disseminated ores from the Norilsk-1 deposit, as well as cuprous and disseminated ores from the Oktyabrskoye and Talnakhskoye deposits, poor turnover from the Copper Plant to obtain nickel and copper concentrates.

The Norilsk plant processes about 7 million tons of ore out of 18 million tons, which are processed in Taimyr. Nornickel plans to modernize the plant, increasing its capacity by 3 million tons.