IN "Locomotive" declared the blatant attitude of the St. Petersburg police towards the fans of the club after the match with "Zenith" 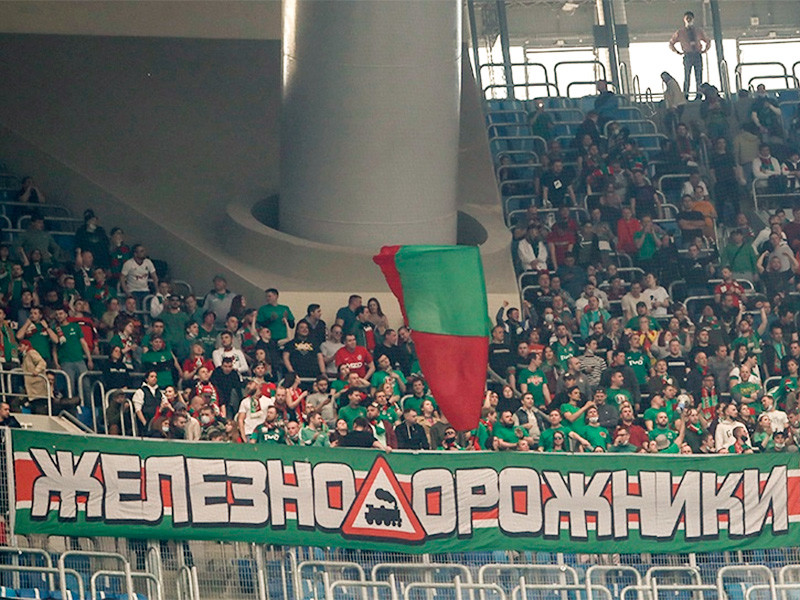 After the football match between Lokomotiv and Zenit, which took place on May 2 in St. Petersburg and ended with a score of 6: 1 in favor of Zenit, which became the champion of Russia in football ahead of schedule, Lokomotiv fans complained about excessive restrictive measures and actions of police officers. This is stated in a statement published on website Lokomotiv.

The message says that 1,817 tickets were provided for the fans of the Moscow club instead of at least 2,000 tickets required by the regulations (with the stadium occupancy at 75%). At the same time, fans in the attributes of the guest team were massively transferred to the sectors of the “Locomotive”, and the part of the stands allocated for the guests was overflowing. In the middle of the second half, Lokomotiv fans were not allowed into the room under the stands – the exits were blocked by riot police officers.

“Finally, the absolutely blatant attitude towards the fans of FC Lokomotiv after the match by law enforcement officers. For some inexplicable reason, those who were present in the guest sector were en masse and forcibly escorted to buses and taken to the city center, despite the fact that many arrived to the match in private cars and left them in the parking lots near the arena.Some buses broke down along the way, nevertheless, the fans continued to be kept in them for a long time.As a result, there are numerous facts of late flights to the airport, facts of being late for train departure, while many of our fans were on buses with children, “the statement reads.

The Russian Premier League soon reacted to Lokomotiv’s statement. “The RPL, together with the RFU, will check the fact of the statement of FC Lokomotiv about the use of excessive restrictive measures against guest fans during the match of the 28th round of the RPL Zenit – Lokomotiv,” the press service of the league quotes. “Championship.com”…

Meanwhile, the press service of the Main Directorate of the Ministry of Internal Affairs for St. Petersburg and the Leningrad Region said that the organizational measures taken by the police at the Zenit-Lokomotiv match on May 2 made it possible to ensure law and order.

“The organizational measures taken by the police made it possible to ensure law and order and the safety of all citizens. The police acted strictly within the framework of the law,” TASS reports.