In Europe, they decided to take over the “Nord Stream-2” 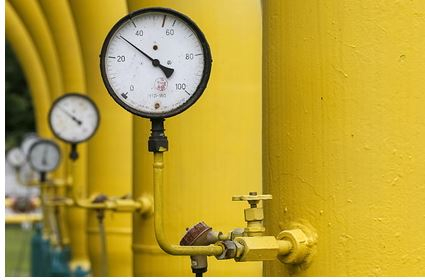 The gas pipeline’s European partners could become the owners of Nord Stream 2. In this case, the project would comply with the European Union (EU) gas directive, thus bypassing the restrictions on the pipeline. This method was found by the Polish analyst Daniel Chizhevsky, writes RIA Novosti.

Chizhevsky believes that the conglomerate of European Union companies participating in the project, including Royal Dutch Shell, OMV, Engie, Uniper and Wintershall, may become the owner of Nord Stream 2, which would provide “some room for maneuver”.

Nevertheless, the analyst called this scenario “an extreme option.” According to him, Gazprom expects that the last instance, represented by the German Constitutional Court in Karlsruhe, will agree to withdraw the pipeline from the jurisdiction of European Union legislation.

At the same time, they are increasingly trying to accuse Gazprom of trying to create an artificial shortage of fuel in order to launch Nord Stream 2 as soon as possible due to a sharp reduction in gas supplies to EU countries. According to analysts, Gazprom expects that the current shortage of gas in the European market, which has led to a rapid rise in fuel prices, will force the EU to accelerate the certification process for Nord Stream 2. According to them, the situation of “excessive dependence of the EU on Russian gas” allows the Kremlin to exert pressure or even blackmail European countries in this matter.

The international credit rating agency S&P Global has expressed doubts that Gazprom has enough capacity to quickly increase gas production if necessary. This is stated in the agency’s review. Analysts point out that Russia has historically been the main gas supplier to Europe, and despite the growth in production, Russian pipeline gas supplies have not been enough to balance the European market. In their opinion, this raises doubts about the availability of free capacities for Gazprom to increase production and marketing strategy.

Russia is to blame

Western countries blame Russia for the energy crisis in Europe and the United States. US Congressman Michael McCall said that Moscow allegedly provoked a surge in gas prices by restricting supplies to the European market, and called on the United States to impose new sanctions against the Nord Stream 2 gas pipeline.

The Kremlin is holding back gas supplies to Europe, which has led to soaring gas prices and declining reserves across the continent ahead of winter

Michael McCall
about Moscow’s fault in the European energy crisis

He accused US President Joe Biden and German Chancellor Angela Merkel of ignoring Russian attempts to put pressure on Europe by manipulating the regional gas market and provoking a “severe energy crisis on the continent.”

Unless Biden immediately lifts the critical sanctions exemptions against Nord Stream 2 and stops the pipeline, he will thereby provide the Russian president with yet another weapon of harmful influence that could be used against Ukraine and our other European partners.

Some politicians are trying to manipulate Russia. EU Ambassador Markus Ederer warned that rising gas prices in Europe should cause concern, including in Moscow itself, as it could damage Russia’s reputation as a reliable supplier. He threatened that the current situation could lead to the risk of accelerating the process of replacing gas in the European Union with renewable energy resources. And Moscow’s lack of reaction to the growing demand for gas can be regarded as an attempt to exert pressure in order to speed up the commissioning of Nord Stream 2.

A chance of salvation

However, this opinion is not shared by all politicians, economists and analysts. Analysts at the consulting firm Wood Mackenzie believe that in the event of a cold winter, Russian gas will be the only salvation for Europe. Wood Mackenzie estimates that by the end of October there will be 87 billion cubic meters in European storage facilities. Of these, under normal weather conditions, about 58 billion will be used for heating in winter. The company called the remaining reserves sufficient. However, a cold winter will increase demand up to another 20 billion cubic meters, and then, according to Di Odoardo, “Europe will be completely dependent” on additional supplies from Russia. “

I also found support from Gazprom among European citizens. Some Britons have reacted sharply to an article by the Daily Mail tabloid accusing Russian President Vladimir Putin of blackmailing EU leaders with promises to increase gas supplies after the Nord Stream 2 pipeline has been certified. The author of the article believes that the gas supplies Europe needs could have taken place through the existing gas pipelines, but US President Joe Biden handed Russia a “trump card” by lifting sanctions from the new pipeline.

Many readers in the comments blamed the United States for the gas crisis, noting that Russia has the right to set whatever prices it wants for its gas. Others felt that “eco-fanatics” were to blame, while others blamed former US President Donald Trump and US sanctions that delayed the pipeline’s construction.

The gas crisis in Europe arose due to the fact that the EU countries did not conclude long-term contracts for supplies from Russia in time, the President of Serbia Aleksandar Vucic believes. In his opinion, this was primarily due to the introduction of carbon duties and a shortage of gas due to the fact that “the Chinese have redirected all the liquefied gas to themselves.” In addition, Vucic noted, some EU countries allowed their industries to use gas “at the lowest prices” during the COVID-19 pandemic. The leaders of European countries believed that this was how they would achieve economic growth, but in the end everything turned out differently. Vucic explained that they actively took gas, but did not enter into long-term agreements with Russia. In this regard, Europe was left without gas, and prices “jumped” from 400 to 1.8 thousand dollars.

Jürgen Nowitzki, CEO of the international gas and engineering company Linde Engineering, holds a similar position. According to him, the gas crisis in Europe was caused by internal reasons – the EU countries could not ensure gas supplies by the time the demand of the national economies recovering from lockdowns exceeded supply.

Russia has done nothing wrong, and Europe’s problems are caused by itself. Also, I think these are temporary problems. Russia is fulfilling its obligations, but at the moment this is not enough. Can Russia supply more? I don’t know, but let’s not forget commercial interests