Immoral and low: Maria Maksakova complained of humiliation by children 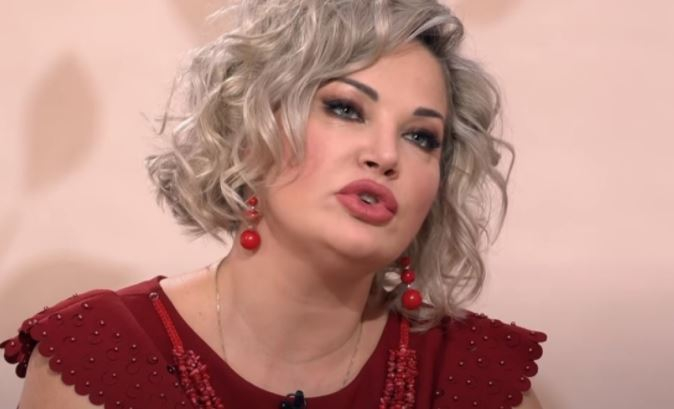 Former soloist of the Mariinsky Theater Maria Maksakova is sure that her relationship with children has become tense due to the fault of her ex-husband.

In an interview with “Interlocutor”, the opera diva complained that she could not congratulate her daughter Lucy on her birthday, which made her mother’s heart break with pain.

The singer is dependent only on the youngest of her three children, Vanya, born of Denis Voronenkov, who was killed in Kiev. The artist fled with her husband to Ukraine, and at the end of last year returned to Russia, where she left two children from businessman Vladimir Tyurin. But, according to the singer, the ex-husband is trying by any means to limit her communication with children.

“Thirteen years ago, I gave birth to Lyusenka alone in a clinic in Munich. With me was only midwife Nikulina Stancescu, who gave birth to many outstanding people. None of the relatives were around. My nanny Zoya was supposed to fly to me. But Tyurin didn’t make her a visa, ”she recalls.

Maksakova believes that Tyurin turned the children against the mother, and now she has to pray for communication with them.

“I have to endure coldness and slaps on the part of children. Forcing them to humiliate me like a mother is immoral and base. A disgusting state when I have to beg children to communicate with myself. Before, I was weak and psychologically unprepared for such a fight. But now she has grown stronger, has become completely different. And in the current state, I am ready to endure the blows, jaws and spitting in my direction, which I feel from the children. I perceive this as a test that God has sent me, ”she stressed.

The opera singer did not have a relationship with her own mother, the famous actress Lyudmila Maksakova. Returning to Russia, the star repeatedly complained on the air of talk shows that her mother refused to communicate with her and was not going to help resolve legal problems with real estate.

There are also problems with communication with the family of the late spouse Voronenkov. According to the opera diva, the mother of her late husband and his first wife do not believe that the father of their child is really a deputy. The relatives of the murdered politician want to rip out a lock of hair from the boy and carry out an exhumation of the body in order to organize an examination for paternity, said the artist in Boris Korchevnikov’s program “The Fate of a Man”.