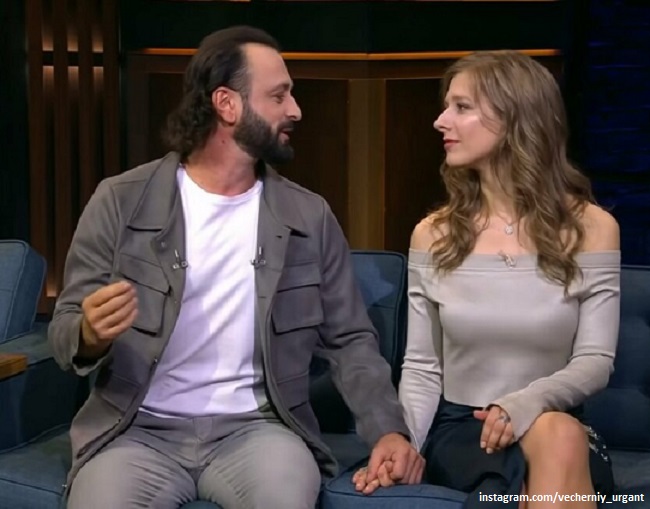 Figure skater Ilya Averbukh in an interview told how he will celebrate the New Year.

The coach continues to gradually disclose to the public the details of his personal life, which has changed so dramatically with the advent of actress Lisa Arzamasova. The couple got married on December 20, but they began to live together long before the registration of marriage in the athlete’s country house, together with his 16-year-old son Martin – from Irina Lobacheva.

Averbukh admitted that the star of “Daddy’s Daughters” quickly found a common language with his only offspring, which is not surprising, because the age difference among young people is only 9 years, while Arzamasov is separated from Averbukh by 22 years. Martin treated the new darling of his father well, was the first to congratulate dad on his marriage and now the whole family will have fun celebrating the first New Year together.

“Recently, I celebrated the New Year with my son and parents in the Moscow region. This year my wife Liza will also be with us. Let’s fill up a skating rink on the lake and let’s go play hockey“- said the skater in an interview with” Evening Moscow “.

By the way, the whole Averbukh family has recently been skating. Liza mastered this art when she participated in the Ice Age project in 2010 – then she met the famous athlete, and two years later they began dating, but carefully concealed their romance, because the artist was only 17 years old. Meanwhile, surrounded by the skater, they immediately suspected that the coach was breathing unevenly towards Arzamasova when he invited her to the lead role in his ice show “Winx on Ice: Return to the Magic World”, although she was not a professional.

And the son of Averbukh generally refused to go out on the ice for a long time. According to the athlete, at the age of 4, they tried to put the boy on skates, but it did not work out. As a result, Martin found himself in sketboarding, but with the appearance of Lisa, the young man decided to master figure skating, which his father was immensely happy about.

“She (Lisa) is very fond of skating and was one of the initiators of Martin’s appearance on the ice. So carefully she encouraged him, and then he himself showed“, – said the athlete.