Igor Petrenko brought out a young wife and eldest daughter 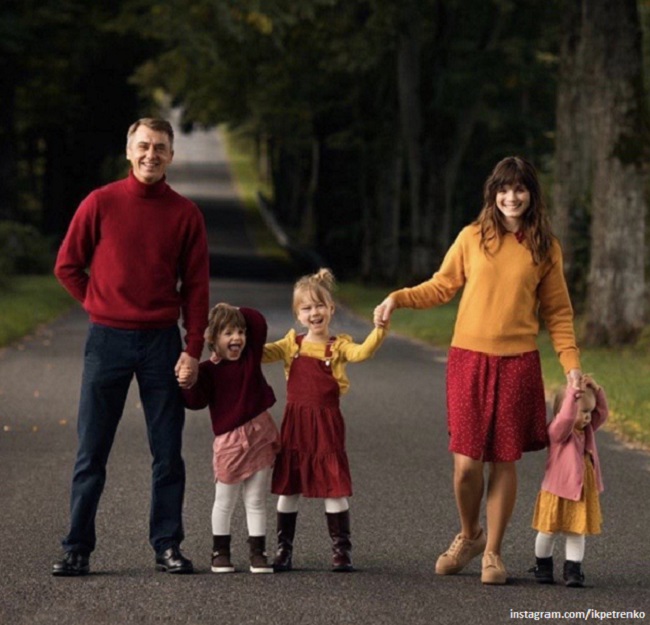 43-year-old actor Igor Petrenko came to the premiere of the film with his 30-year-old wife Christina Brodskaya and 6-year-old daughter Sofia-Karolina. The artist shared a warm family photo.

Igor Petrenko came to the premiere of the painting “White Snow” with his wife and their eldest daughter. Christina appeared in a cozy outfit. The artist tried on a beige sweater and a maxi-length skirt. She complemented the look with a thin strap that accentuated her chiseled waist. Igor tried on an elegant dark suit and a snow-white shirt. Together with her parents, the baby, dressed in an elegant dress and bolero, smiled radiantly.

“We were with the eldest daughter at the premiere of “White Snow”. We came out with a sense of pride and victory! Thanks for the evening!“- stressed Petrenko.

The fans were delighted with the joint shot and did not stint on warm comments. “0I love actor Igor Petrenko👏🔥❤️ “,”A beautiful couple! How glad I am for you that we found each other! “,” It’s great to see you at the premiere already three of us ❤️! ”,“ I wish you happiness and good movie roles! ”,“ My daughter has grown so much. Pretty woman! ”,“ A very beautiful couple, wonderful actors and a wonderful family!😍👏 “- noted by users.

Kristina Brodskaya also proudly announced: “They came with their daughter to the premiere of the film “White Snow”, where her art work “Skier” won a competition and got into the cinema“.

Igor Petrenko married Christina Brodskaya in 2016. They have three daughters: 6-year-old Sophia-Carolina, 4-year-old Maria and 2-year-old Eva. Previously, the artist was married twice. His first wife was Irina Leonova, they met her while studying at the theater school. Their union lasted four years. Igor’s second wife is actress Ekaterina Klimova. They lived together for nine years. From her, Petrenko has two sons – 14-year-old Matvey and 12-year-old Korney.

Petrenko and Brodskaya opened a photo studio for newborns.