Hysterical boy kicked out of restaurant

Visitors to one of the McDonald’s restaurants in Australia witnessed a scene that is certainly not enjoyable. 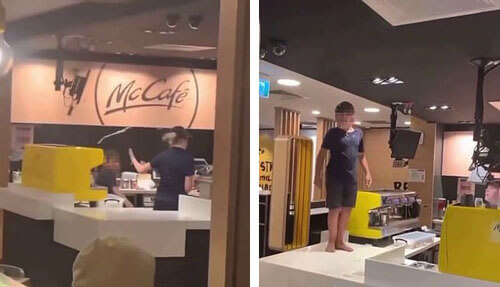 One of their little clients threw a tantrum for some reason. First, the boy threw a cocktail at the employee, and then continued his stormy show, climbing onto the counter. The play was stopped thanks to the intervention of an adult man – apparently an older relative. He roughly pulled the child to the floor, and then essentially threw him out of the restaurant. 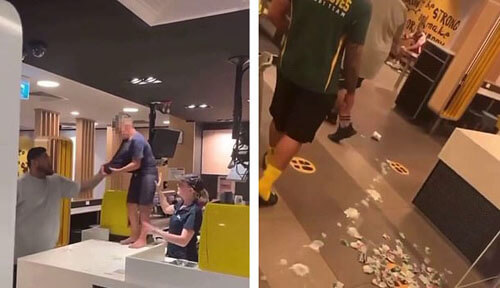 Discussing the video filmed by someone from the eyewitnesses, some viewers felt sorry for the child, but there were many people who were sure that the “cutest little boy” got what he deserved.

See also: The kid gets ecstatic when his mother strokes his head