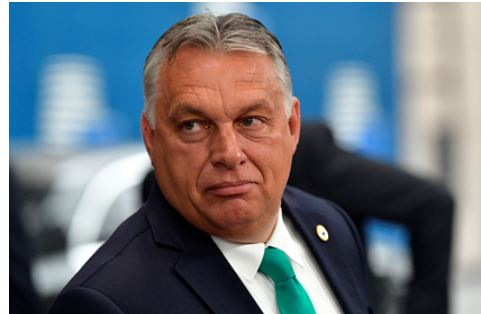 Orban did not specify what kind of error he was talking about. According to him, Hungary was not affected by the problem of gas prices, but the country is confronting other challenges, in particular those related to the EU Green Pact, taxation of owners of houses, apartments and cars.

In 2019, The European Green Deal was adopted, according to which the EU must achieve zero greenhouse gas emissions and eliminate fossil energy sources by 2050. Hydrogen should play a special role in its implementation.

Earlier, the managing director of Alfa Capital, Eduard Kharin, said that gas prices in Europe could potentially reach two thousand dollars per thousand cubic meters. According to him, Europe is now forced to compete with Asia for the supply of free volumes of gas, so such a line is not excluded. Kharin added that the cost of gas is closely related to how much colder or warmer the coming winter will be than historical averages.

On October 5, it was reported that the cost of December gas futures in Europe during trading on the ICE exchange again set a record. At 15:26 Moscow time, they traded at $ 1,456 per thousand cubic meters. After that, five EU countries proposed to investigate the reasons for the record jump in gas prices.