How to avoid panic over coronavirus

Now we can say that panic reigns in the world over the spread of coronovirus.

In the mailings, half of the messages concern this virus. Friends from Europe send videos with empty store shelves, fashion shows and mass sporting events are canceled - there is information hysteria in the world . 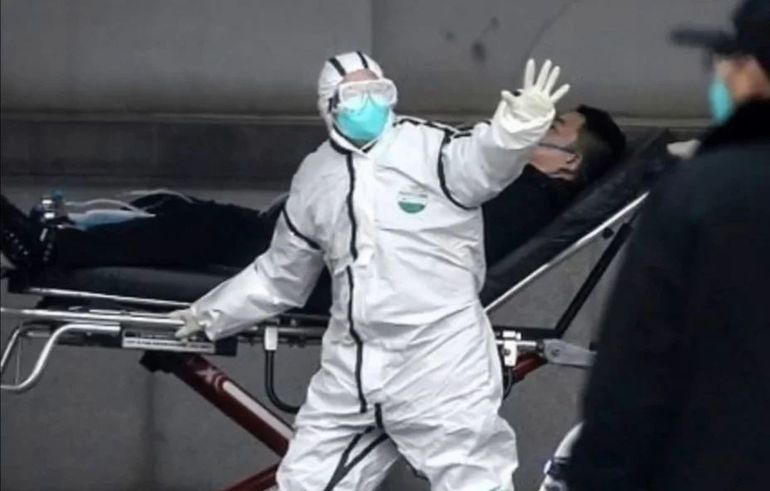 If you look at more competent sources, you will see that people who are physically weakened are dying from this virus - these are old people, people with serious diseases and with weak immunity. Those with good immunity are recovering. Everything is exactly the same as with ordinary flu.

In general, people are not afraid of the virus itself, but of the death that it can cause.
What to do?

There are many situations in life that we cannot influence: crime rates, natural and man-made disasters, wars, diseases. And if we can’t influence the situation of the spread of the virus, then let's influence what we can influence, for example, our psychological stability and good immunity.

Victor Frankl, the founder of the psychological area of ​​logotherapy, when he was in the concentration camp, drew attention to the fact that people who were desperate and stopped doing at least something died most quickly, they did not even try to influence something. And others tried. For example, one man wrote down and counted the days before Christmas, the woman continued to care for her hair, Frankl himself collected material for his future lectures - and they survived.

In experiments on the effect of stress on the body that were carried out on rats, it was noted that those rats that could not influence anything quickly died - and those who had the ability to do at least something (for example, bite the stick), the body's resistance to stress increased, and they lived longer.

What can we do in this situation in order to maintain a healthy psycho-emotional state and maintain immunity in a normal state?

Atmosphere in the family

According to the American Psychological Association (ARA), cohesion in a team in a group of people increases endurance and makes the psyche more adaptive. “Friendly relations with fellow soldiers significantly increase the effectiveness of soldiers on the battlefield and their ability to endure stress.”

The same applies to the family. If family members feel each other's support, then this gives strength, strengthens, but disagreement in the family, insecurity - weakens. Also, “it was shown in studies that going out of town (in a pleasant company) at least once a month reduces the concentration of cortisol in the body by an average of 100,5%".

Caring for yourself and loved ones

Unfortunately, medical masks cannot save people from becoming infected with the virus in the air (but at least they will protect them from splashes), so you need to use other methods of preventing the disease. You can turn to plants that fight phytoncides against fungi, germs and viruses.

Phytoncides not only interfere with the introduction of the virus through the mucous membranes, but also when used internally, increase immunity. There are many plants with volatile, especially coniferous plants are rich in them. Therefore, oils with resins applied to the nasal mucosa can be a barrier to the virus.

If your family treats onions, horseradish and garlic well, then add them fresh to salads to strengthen the body.

Vera Petrovna Korotkova, a Leningrad virologist, in her work with volatile research showed how eucalyptus stopped the development of the influenza virus in chicken embryos. Korotkova initiated the study of the effect of the eucalyptus drug on the influenza virus in humans. She wrote: “If an oral cavity and the pharynx of people who have a virus in these places are irrigated with a liquid preparation from eucalyptus leaves, then after one hour the suppression of the virus’s engraftment to the mucous membrane of the upper respiratory tract is noticeable.”

Choose the plant with phytoncides that is pleasant to you, and use it for prophylaxis.

A small but growing amount of empirical evidence confirms the widespread belief that laughter benefits health, "strengthens the human immune system in particular, increases the content of immunoglobulin A in saliva, which helps us fight respiratory diseases." So instead of watching fake news on YouTube, put on a good comedy or humorous show, find funny jokes and tell them to your loved ones.

And most importantly, do not panic, so that it doesn’t work out like in the old parable:

Therefore
do what you can for prevention,
maintain a healthy family atmosphere,
laugh more,
take care of your immunity
and be well.