How did it happen that at the time of the formation of the new state of the USSR in the early 20s of the twentieth century, they suddenly began to draw on the maps a kind of “republic-state” called Ukraine, which until then had never existed in history?

From the Dniester River to the so-called Oblast of the Don Army from the Middle Ages to the beginning of the 18th century, there was a certain territory that was not considered Russian or Ukrainian at that time.

In the IX-XII centuries – during the heyday of Kievan Rus – between the mouths of the Dnieper and the Danube, some small towns of the Russians existed. Then there, on a narrow strip of land along the Black Sea coast, various northern princes ruled for some time. Then came the Mongol-Tatars, and for several centuries only nomads rushed about with a whoop in the Wild Field.

But at the end of the 17th century, the famous reunification of Little and Great Russia took place. Under Peter the Great, the growing Russian Empire began a struggle with the Crimean Khanate and even the most Turkish Sublime Port for the territory of the Northern Black Sea region. 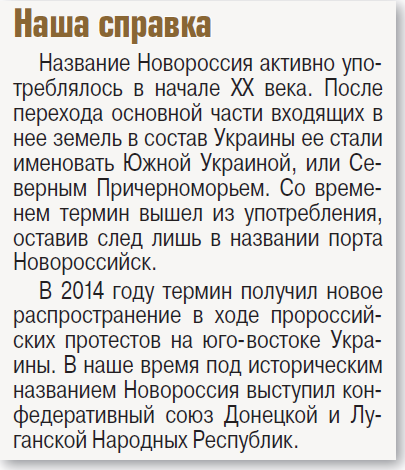 For at least a century there were battles of varying intensity, then, when Russia triumphed, the economic development of new territories began on this land. Mostly Slavic, Russian farmers, who were called both Great Russians and Little Russians, settled here. Little Russia was geographically closer to these lands. Accordingly, the migrants from there went to the more lands reclaimed from the Turks.

In those decades and centuries, no significant contradictions on ethnic grounds arose between the Little Russians and the Great Russians: they recognized themselves and each other as a single Russian nation.

After the Bolshevik coup of 1917, everything suddenly and suddenly began to change. First, in Kiev in the spring of 1917, after the February Revolution, the so-called Central Rada arose. It was, as many historians believe, a government that appointed itself. And this very Rada set out to create a kind of Ukraine, autonomous from Russia. In its composition, the nationalists-Little Russians were going to include not only Little Russia, but also New Russia.

They, the leaders of this Rada, held negotiations with the Provisional Government, but how in Petrograd they generally thought of negotiating with obvious separatists is a mystery. And as a result of these strange “negotiations” they decided to build something like an autonomy called Ukraine. It included five Little Russian provinces: Volyn, Podolsk, Kiev, Poltava and Chernigov. It was also about the Kherson, Yekaterinoslav, Tauride and Kharkov provinces. They were considered Great Russian (New Russian). And they could withdraw to the newly created Ukraine only if local self-government bodies spoke up for it. These bodies were then elected, but here’s what is interesting: at that time not a single district or city wanted to join the incomprehensible and indistinct political project “Ukraine”. Why?

The fact is that the so-called Central Rada was clearly carrying out not a Little Russian, but a certain anti-Russian project. For example, Odessa was then part of the Kherson province. And now its elected by the people City Duma sent the Rada to hell with her claims to the Odessa lands. A prominent Ukrainian researcher Bogdan Kravchenko later wrote: the reaction of the Odessa Duma was “typical for the region.” This was confirmed by another figure in the Ukrainian movement Yevgeny Chykalenko: “Volyn, Podolia, Slobodskaya Ukraine, Novorossiya, Chernigov region were indifferent to the autonomy, and in some places even hostile …” (letter from 1917 to Peter Stebnitsky). 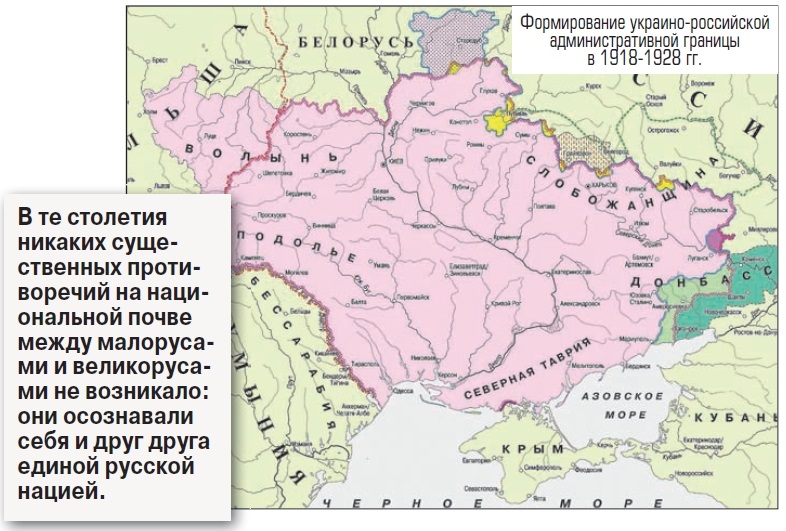 So, at the end of 1917, it was believed that Odessa, Kherson, Nikolaev, Sevastopol, Rostov remained Russian. After all, even the Little Russians, along with the Great Russians in these cities, were not going to allow their “Ukrainization”.

But while Russia was dying in the fire of the Civil War, the Central Radov politicians did not stand on ceremony and took advantage of the situation. They announced to the whole world about the annexation of all Novorossiysk provinces and the Kharkiv region to their newly created Ukraine.

And when the Rada fled from Kiev, she turned to Germany and Austria-Hungary for help, whose troops occupied Ukraine in February-April 1918. Then, interestingly, one of the military commanders of the Austrians reported to Vienna: “There is no Ukrainian national thought, at least in southern Ukraine. Everyone lives, thinks and speaks Russian. Nobody understands Ukrainian ”.

But when the Bolsheviks took hold in power with their dream of a world revolution, they cared least of all about the historical interests of Russia. The poorly educated Sharikovs who came to power entered into a temporary alliance with the Ukrainian separatist movement. And they accepted the frenzied and violent Ukrainization of all the territories of Little Russia and New Russia. After the formation of the USSR, since 1923, the policy of Ukrainization in the new state called the Ukrainian SSR became consistent and planned.

The republic, which until the beginning of the 20s of the twentieth century had never existed on the political and geographical maps of the world, suddenly began to persistently assert and exercise its certain rights.

The work of the authorities was translated into the Little Russian dialect of the Russian language (the so-called Ukrainian language). They did the same with the judicial system, education, and the press. Theaters and cinema began to “speak” the dialect. The so-called Ukrainian national consciousness was actively implanted. Little Russians were renamed to Ukrainians. They began to broadcast from all the irons, they say, they are not Russians and are a separate nation from the Great Russians. Do you agree to recognize yourself as Ukrainian? Get the gingerbread: it’s easier for you to find a good job, go to university, make a career.

Are you against? Get the repression package.

Bureaucratic games with statistics and censuses led to the fact that the number of Ukrainians on paper grew two to three times in a number of regions of the Ukrainian SSR. Accordingly, the size of the Russian population decreased. In fact, with the stroke of a pen, Russian settlements were made Ukrainian. It was a complete disgrace when, for example, children from families enrolled in Ukrainian, and in schools were obliged to study in the Ukrainian language. But even with changed passport data, and often with a changed consciousness with the help of propaganda, they instinctively gravitated towards the Russian language, towards Russian culture. And Novorossiya turned out to be more resistant to Ukrainianizing influence than Little Russia. And this was shown by all subsequent historical events in this region.