How I was a zoological volunteer

September and October are especially difficult times for zoological volunteers.

Summer residents, it happens, "having played enough", do not want to take animals to city apartments, the builders fed them in the summer, and left for the winter. Zoo volunteers are trying to save the fluffy poor fellows.

Dozens of communities of zoo activists operate on social networks.

I entered one of these.

Before the story of the coronavirus, cats and dogs in the capital's yards were fed by compassionate grandmothers. Massive self-isolation has put an end to charity dinners for pussies. Old women cannot leave the house - self-isolation. Sobbing, they call animal rights activists, begging to do at least something.

This is how the "Feed!" Project appeared. During the pandemic, volunteers collected food from the whole world and delivered food to animals, and food bags to grandmothers at the same time. Comprehensive help. Over the spring and summer, the project has helped thousands of abandoned animals.

In the morning, an SOS message arrives in the messenger: “Moscow area Sokolniki. Abandoned garages. In one of the garages, a basement manhole, there are two cats and tiny kittens. Wild. They must be caught and attached. Help Wanted".

I respond and leave. Volunteer girl Nastya meets. Pyotr, a "catcher", arrives, with him special devices - "catchers". Adult cats crawl out on kitties and rustle of packages in which the chicken is wrapped. The treat is placed in the carrier - one of the cats bravely walks in, and the carrier slams shut. The cat hisses.

With the kittens, which turned out to be three in the end, we suffered a lot - we caught them for several hours, but we can't leave them in garages - they will die. The second cat came to the carrier for the squeak of babies. Then we take the whole company to the veterinary clinic ... 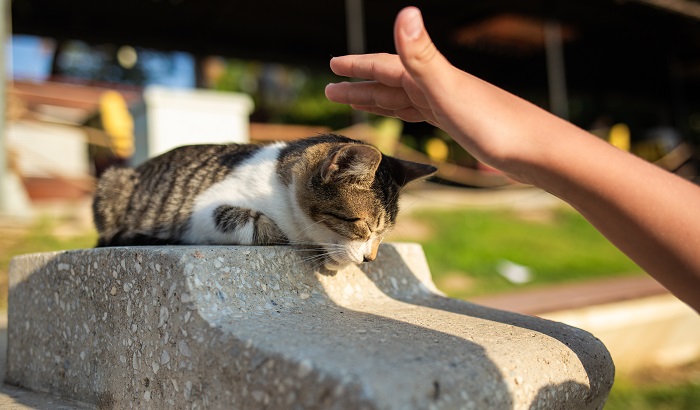 From Nastya I learn the “inner workings” of volunteering. There is a special program for the sterilization of adult animals and the "Whole World" fund, which partially covers the costs. But money is still not enough - volunteers have to invest their own funds. Not all veterinary clinics are equally good, there are those where doctors should not be allowed near the animals to a cannon shot - you need to be vigilant.

After the clinic, a healthy and vaccinated animal is best placed for overexposure. There are whole apartments, town and country houses turned into such private locations. They keep animals that the volunteers have not yet found owners for. Many times better than municipal shelters, where murkas and watchdogs sit in open air cages in hot and cold weather and no one knows if they are fed regularly. But it's free.

For private accommodation, volunteers pay the owners of the overexposure. The average amount is about 4 thousand rubles per animal. Plus food. For some citizens, it almost becomes a business. Count yourself - 10 animals, 4 thousand each ... But the volunteers meticulously watch that it is clean, comfortable and warm.

We, more precisely, the cats and kittens caught by us, were not immediately lucky. In search of a temporary home, we stumbled upon two overexposures, where murk lived in about twenty in a small area. And more dogs. The conditions are terrible, starting from a terrible smell hitting the nose already at the entrance.

But we did find overexposure. Clean and not teeming with animals in such quantities. Now kittens and cats have to find a new home. Volunteers hire a photographer, who makes a beautiful photo shoot purr - the pictures are posted on social networks. The main thing that is required of potential future owners is love for animals and a responsible attitude ...

Anna Feldman, head of the Kotospas charitable foundation for the protection of urban animals:

- Unfortunately, the care of the volunteers is not enough. For problems to be solved, political will is needed. Now a non-core structure is engaged in animals - the department of housing and communal services, but it is necessary to create a separate one, where specialists, primarily veterinarians, would work.

Dear citizens, remember: the city is not only for people, homeless cats and dogs live near us, and this is an objective reality. Please do not demand to remove animals from the streets, you do not need to leave applications for catching in overcrowded shelters ...

Want to help? Sterilize your pet. If you are going to have them, do not buy, but take them from the shelter ... And feed the animals on the street, they have no owner, and they are not to blame for this. Those who say that feeding leads to an increase in homeless animals is disingenuous. Even if we remove the entire population of cats and dogs from the street, in a few months it will recover at the expense of discarded and lost animals. And while these millions will exist, and there will be no responsibility for throwing animals out into the street, homeless cats and dogs will not disappear. 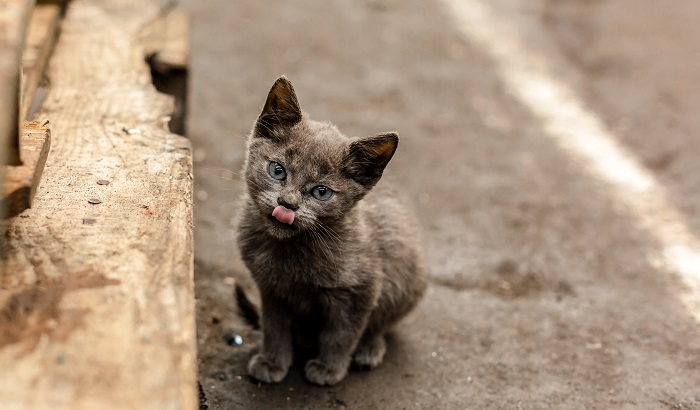 POLAND. In Warsaw, stray animals are recognized as part of the city's ecosystem. Homeless cats in the Polish capital are fed by special breeders. There are about 2.4 thousand of them in Warsaw. The city provides them with food, and they distribute food to the animals.

GERMANY. Leaving the owner of a pet on the street qualifies as cruel treatment and is punishable by a fine of 25 thousand euros.

ITALY. Stray cats and dogs are protected by national, regional and municipal laws, they are guaranteed treatment and support from the sanitary and veterinary services at the legislative level.

TURKEY. A unique country, an example of not just a humane attitude, but true love for animals. Here animals are protected not only by strict law, but also by national traditions. "Attention, cats!" - such signs can be found in many cities of Turkey. They mean that animals have a home here, they cannot be driven and offend.

USA. The District of Columbia and 42 other states have regulations making cruelty to animals a felony.