"How I grew up!": people gasped at the sight of Rudkovskaya’s vymahsya son 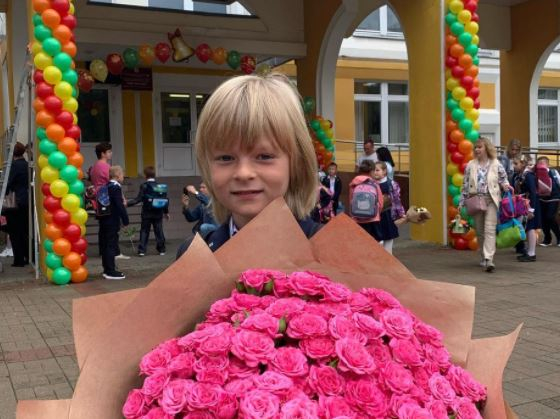 The heir to Yana Rudkovskaya went to the second grade. The producer showed Sasha at the Day of Knowledge. The Russians were amazed at how sharply the boy grew up.

In her instagram account, the star blonde said that her child and the figure skater Yevgeny Plushenko attend a public school in the Moscow region, and not a private gymnasium.

Yana Rudkovskaya noted that they are very pleased with the educational institution. Sasha manages to combine a difficult regimen and training schedule with studies. At the same time, the celebrity boasted that the boy is a good student and has many friends.

Social network users were surprised at how the son of a star couple stretched out and matured over the summer. It turned out that Sasha had gained four centimeters in height. “How he grew up! Handsome!”, – wrote one of the followers. Also, subscribers noted that the boy is growing very similar to his father.

Recall that in the family of Yana Rudkovskaya and Evgeny Plushenko they call their son Gnome Gnomych. But if earlier such a nickname was suitable for a child, now it clearly does not suit him – the tall Sasha is already completely different from the little gnome. Earlier, the producer shared the good news in her microblog: her youngest heir Arseny took his first steps.