When moving into a new apartment or house, people hope that life here will be bright and joyful. In order to protect themselves from all sorts of problems, for centuries, housewarming traditions arose, various signs were noticed and rules were created, the execution of which promised order and luck in a new place. 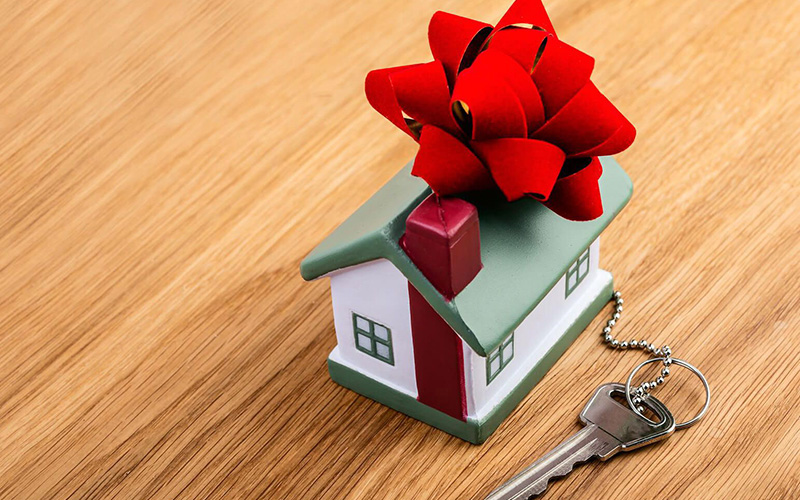 The cutest and most enduring tradition. People believe that they take cats to their homes, but these animals are firmly convinced that they are the rightful owners of an apartment or house. Maybe that’s why when you move, it’s customary to let the cat in first.

At the same time, its coloring is important: a “happy” tricolor or the same color as the hostess’s hair is recommended. It is desirable that the animal spend the night here on its own the day before the housewarming. It will definitely be able to negotiate with the brownie and establish ties with otherworldly forces before the arrival of the family. 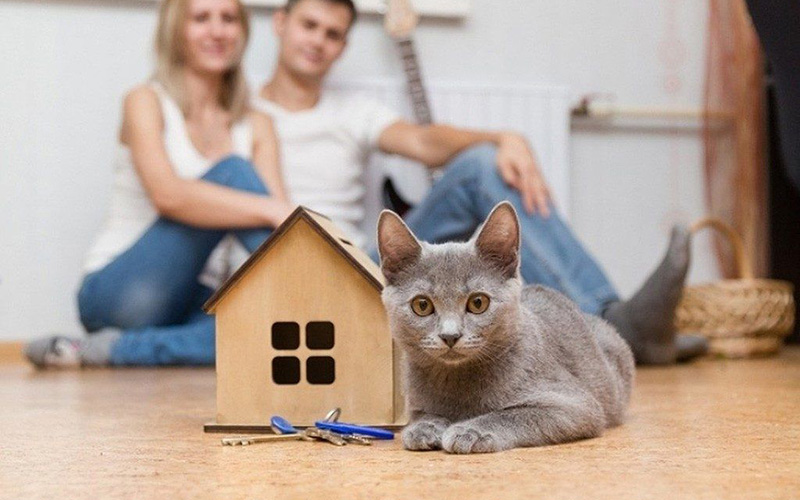 In addition, it is recommended to see which place the animal chooses for itself and put a bed there. This is not without meaning, since cats feel geofields better than humans and actually choose favorable places to sleep.

We relocate the brownie

In order for order, peace and comfort to always reign in a new house or apartment, it is simply necessary to take the old brownie with you. The elders always advised, when moving, to “take away” an “old friend”, and not to establish relations with a new one, whom unusual people can annoy.

So that the brownie would not leave the family, previous generations were advised to take a broom with them – a symbol of the brownie’s power. Now this tradition is irrelevant due to the lack of brooms in the household. But the functions of this device are performed by a vacuum cleaner, so it is believed that now this defender of the house moves with the vacuum cleaner. In order for the good-natured housekeeper to surely go to a new apartment, you need to call him aloud with you. 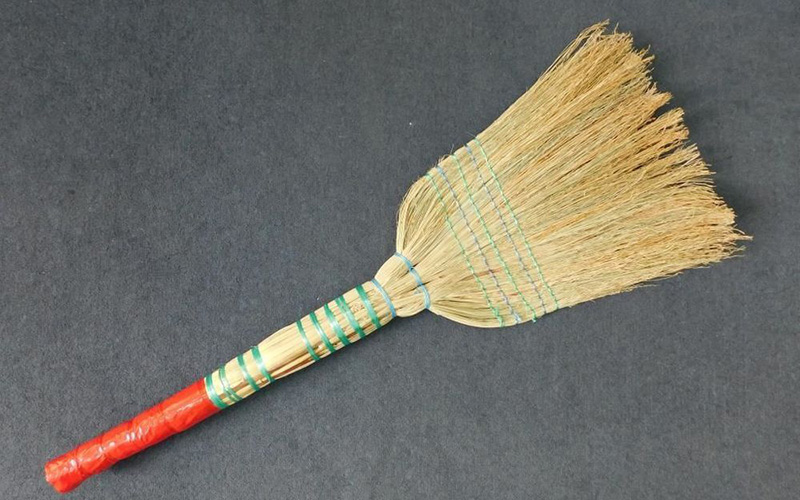 According to tradition, the oldest man in the family should cross the house first: father or grandfather. If there are no men in the family, then the eldest woman enters first, followed by all the others.

The horseshoe is a symbol of success, and it was important when moving. Previously, the horse on the farm transported everything necessary, with its help they plowed the garden. The more horses a family had, the richer it was. Therefore, a horseshoe over the front door promised success, wealth and prosperity. It was fixed above the front door both from the street and inside the house.

This tradition during housewarming had two different interpretations: the owner drove one nail for the horseshoe, and the other, one nail at a time, was driven into the wall by all the men who came to the housewarming party. The stronger the horseshoe is fixed on the wall, the stronger and friendlier the family will be. It is important that the edges of the horseshoe look up and not down, otherwise luck will flow away. 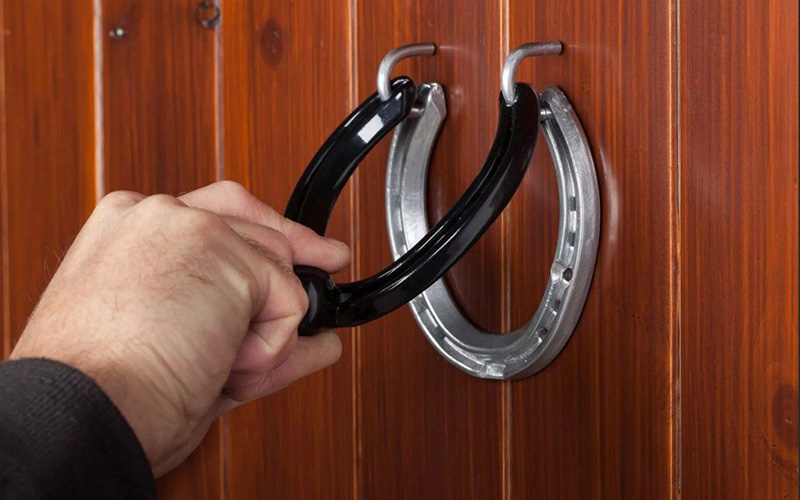 Now this custom has lost its original meaning, and buying a real horseshoe in a big city is not an easy task. Therefore, ceramic products, themed key holders at the entrance, etc. are more often used.

The custom prescribes the sequence of bringing things home. The icon is brought in first, then cereals and the rest of the food. After observing this order, life will be hospitable, and the family will remain under the protection of the saints. Only then they transfer all clothes, furniture, etc.

Our ancestors believed that the rooster, with its singing, is able to disperse darkness, gloom and scare away dark forces. Therefore, there was a tradition to lock the rooster in a new dwelling for the night, in order to then enter a house full of light. Now in apartments, roosters are not tormented by a lonely overnight stay, but in some villages this custom still remains before a housewarming party.

The house is a full bowl

There was another tradition that promised prosperity and prosperity. During the move, you need to scatter coins in the corners of the room. Each guest who came to the housewarming party must also add a few coins from himself. The more small things that end up being, the better. 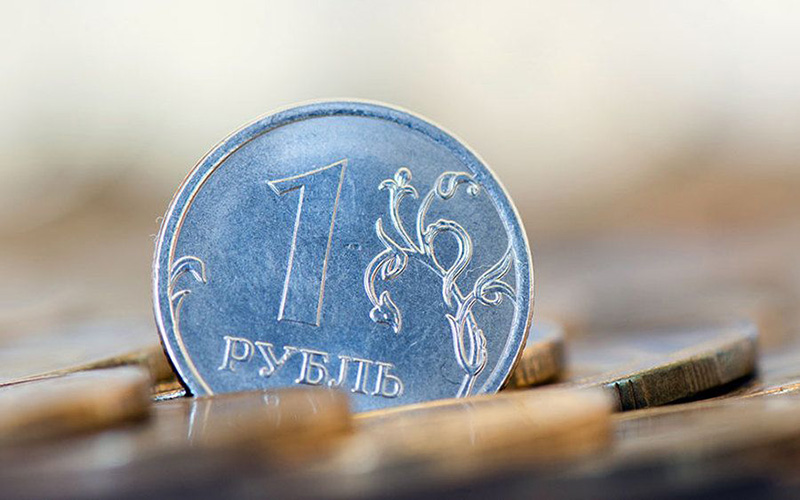 There is a tradition to go around the house counterclockwise, carrying a lighted branch of dry St. John’s wort or lavender in their hands. At the same time, you need to imagine how pleasant it will be to live in a new house or apartment, how it will be good to relax here, how the home will become more beautiful and better.

The second circle goes around clockwise and stops at the front door. After that, it is believed that all the negative leaves along with the weathered smoke.

It is not necessary to assume that this tradition when entering a new house or apartment is meaningless. In fact, the smoke of these plants contains essential substances that disinfect the air. When household chemicals with antiseptics did not yet exist, this ritual helped to neutralize microbes in the home and make the air healthier.

There is such a rule: when you enter the apartment for the first time, be sure to turn on the light in all rooms. This must be done even if it is daytime and a lot of light enters the windows. The meaning is not in lighting, but in the very ritual of filling the dwelling with the sun. Sometimes it is advised to light candles, because everything bad burns in the flame. But at the same time, you need to remember safety precautions.

A feast for the whole world

The tradition of celebrating housewarming is very interesting. Our ancestors did it this way: the first time they celebrated the move in a close family circle with their closest relatives on the coming weekend, and the second time with all friends and acquaintances immediately after they settled in the house and felt like full owners. 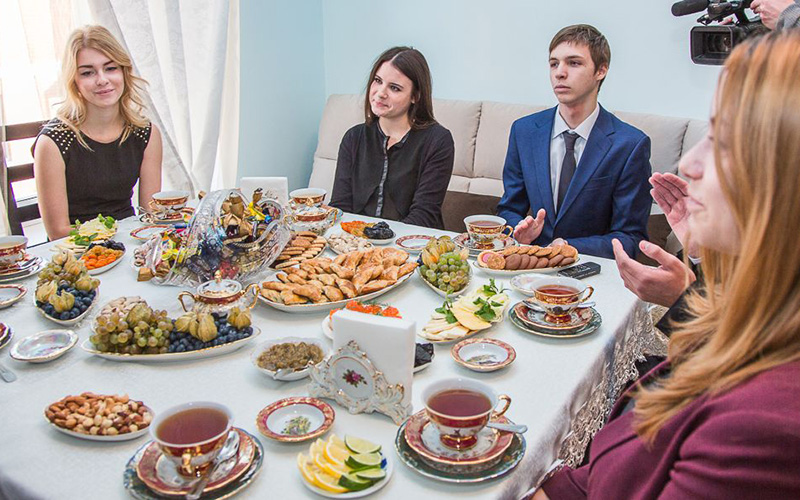 It was believed that the more guests who came to the housewarming party, the happier the family living here would be. Also during the holiday, it was important to have an abundance of dishes on the table and cheerful songs and dances that would fill the home with fun and joy.

Housewarming traditions should be observed not only by the owners of a new house or apartment, but also by guests choosing a gift. According to customs, one of the following options could be given:

Any of these gifts will please the family, as everything needs to be updated in a new place, and this requires a lot of spending. So now more and more often donate money. Maybe it’s less traditional, but so far no one has refused such a practical and versatile gift. 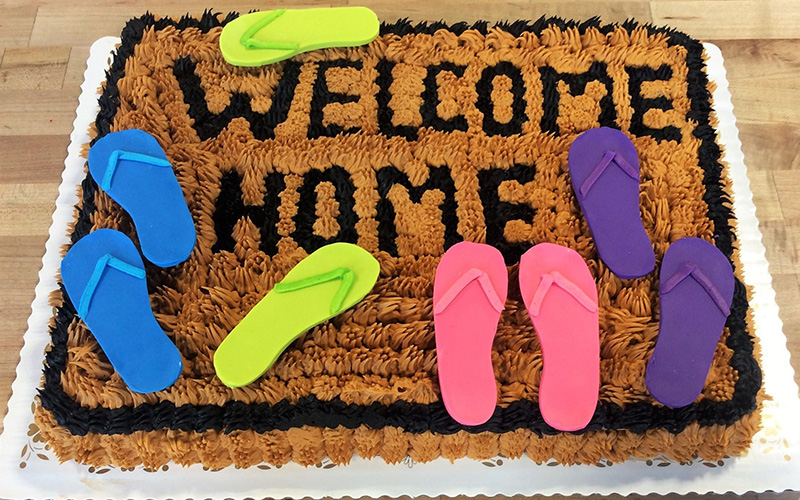 People used to be more reverent about moving, so they noticed different features, after which the new settlers lived well or, conversely, they faced difficulties. And although now prejudices are no longer so common, sometimes it’s funny to pay attention to signs:

But the main thing is to take love and respect with you from your previous apartment or house, then it will be good to live anywhere.