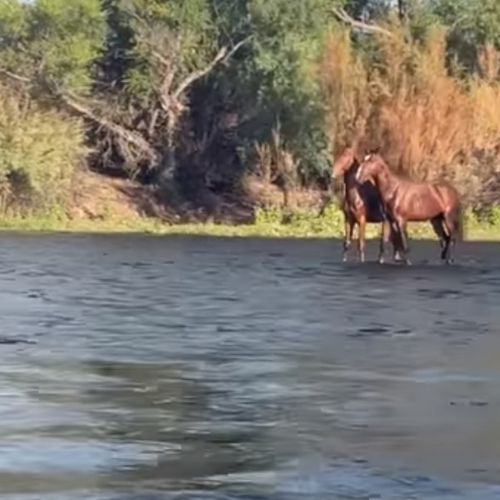 Two horses got into the lens of the tourist’s video camera, and only later, when reviewing the video, the woman realized that the animals looked very bizarre – it seemed that they were floating on the surface of the river as if on some kind of invisible raft. The spectacle was so mesmerizing that Kelly’s video immediately became popular. 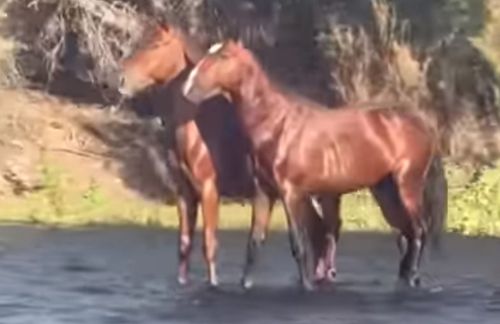 Although, of course, everything turned out thanks to an interesting optical illusion. The animals did not swim anywhere at all, but stood on the shallows. But due to the fact that they were captured from a moving kayak, the effect was almost magical.