Homeowner Angry at Loud Knock on Door, but Wild Turkey Was the Culprit

A resident of Henrico (Virginia, USA) was at home when she heard a loud knock on the front door. 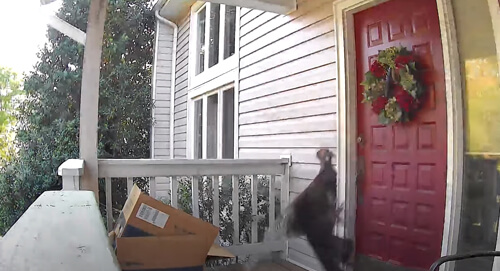 Or rather, not even a knock, but a roar. Deciding that this was some kind of courier who had not been taught to behave decently, the angry woman was about to tell the noisy rude everything she thought about him. But no delivery service employees were involved. It turned out that a wild turkey had crashed through the door of the landlady. 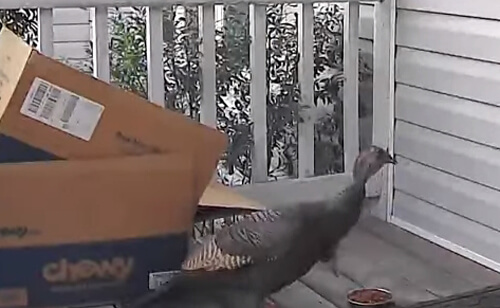 The blow turned out to be quite noticeable for the bird, because the woman added that the disturber of the peace was hiding in the bushes for some time, apparently to recover from the “accident”.