Not all weddings go smoothly, and sometimes one of the guests can disrupt the solemn event. 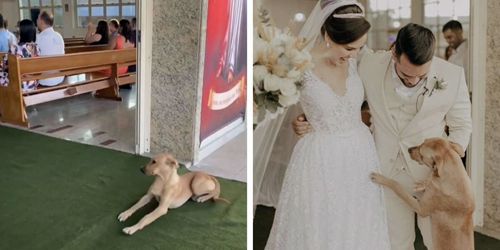 Caramelo de Jesus is just one of those bullies, but he has an excuse – he is a charming dog. 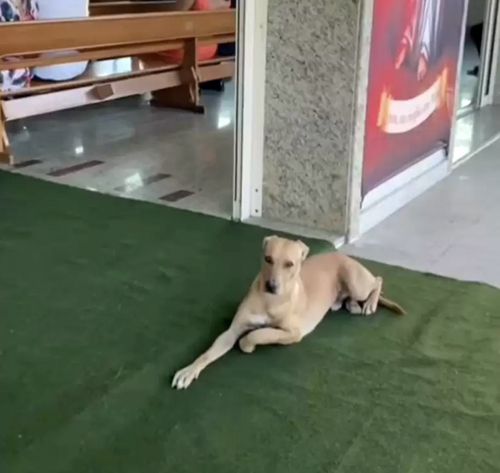 When Douglas Robert and Tamiris Musini arrived for their wedding, they didn’t expect the event, held in Vila Velha, Brazil, to attract the attention of a stray dog. The animal came to the church, escorted the bride to the altar, then rested at the door and, finally, almost disrupted the photo session of the newlyweds. But, oddly enough, mischievous behavior brought the dog only good. Douglas and Tamiris liked their new friend so much that they took him home and made him their pet. 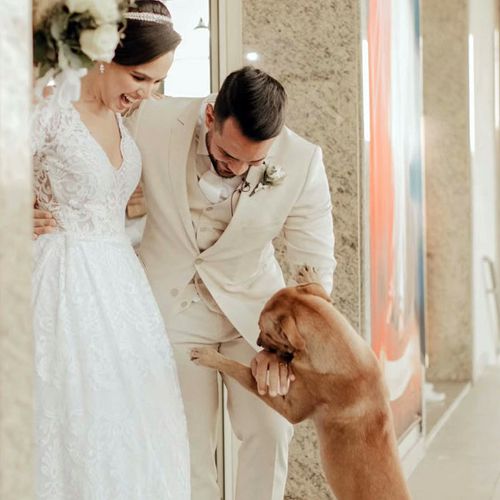 The husband and wife named their pet Caramelo because of his “taffy” color, and after that they also added the nickname de Jesus. The couple believe that Jesus himself sent the cute pet to their wedding. They describe life with Caramelo as an ongoing adventure, because the hooligan and very good-natured dog now and then amuses them with his antics. In addition, Tamiris is sure that the naughty four-legged “child” is preparing her for future motherhood. It remains only to be glad for Caramelo, who so successfully appeared at someone else’s wedding without being invited.