In 2015, the tallest and most expensive residential skyscraper in the world soared into the sky in downtown Manhattan. It was a gigantic pillar 427 meters high with 85 floors and a view of Central Park.

The most expensive residences on the upper floors cost up to $ 88 million. Billionaires and celebrities from all over the world rushed to buy apartments in it. No one suspected that one of the most expensive buildings in the city would soon turn into a symbol of the incompetence of builders, becoming a lesson for developers in other cities of the world where superhigh boxes are thoughtlessly molded.

A reporter from the Daily Mail reports from New York how torture life has become in this expensive mansion. Due to gross design errors, the structure sways, the walls emit a threatening crackle, which terrifies its inhabitants. Elevators constantly fail, and this makes it difficult to get to the upper floors. The designers could not even create a decent garbage chute: now, when bags with garbage are dropped into it, their fall creates a roar, similar to the bursting of shells.

Strange drafts are roaming the building. The force of the wind is felt most strongly in the upper floors, where turbulence occurs. In strong winds, the skyscraper can deviate up to a meter or more. London businessman Sarina Abramovich and her husband Mikhail paid $ 17 million for an apartment in a hellish skyscraper. They have already survived several floods, the last one causing damage to their apartments in the amount of 500 thousand dollars. Other residents also report catastrophic pipe breaks. One day a stream of water rushed into the elevator shaft, knocking out two of the four elevators.

Experts warn that the current troubles with this skyscraper are just the beginning of problems, the same was observed with other similar buildings. The architects claim that tall, thin skyscrapers sway in strong winds. To prevent this, their base should be significantly wider than the top, as exemplified by the 830-meter skyscraper in Dubai. Its wide base significantly reduces the vibration amplitude. In New York, in order to increase the realizable area, they did not narrow the upper half of the building, although they were well aware of the consequences of such a decision. The builders did nothing to adjust the building’s infrastructure to the fluctuations.

Outraged residents turned to an engineering firm to investigate the building’s problems. The study found that 73 percent of its mechanical, electrical and plumbing components were not architecturally appropriate.

The Daily Mail writes that, fortunately, for most owners of apartments in a skyscraper, this is their second or even third house in the city, so most of the apartments are empty.

By the way, the owners’ expenses are not limited to the purchase of housing. Owners have to fork out for building maintenance and pay real estate tax. Even very wealthy residents of an elite skyscraper complain about their constant growth. 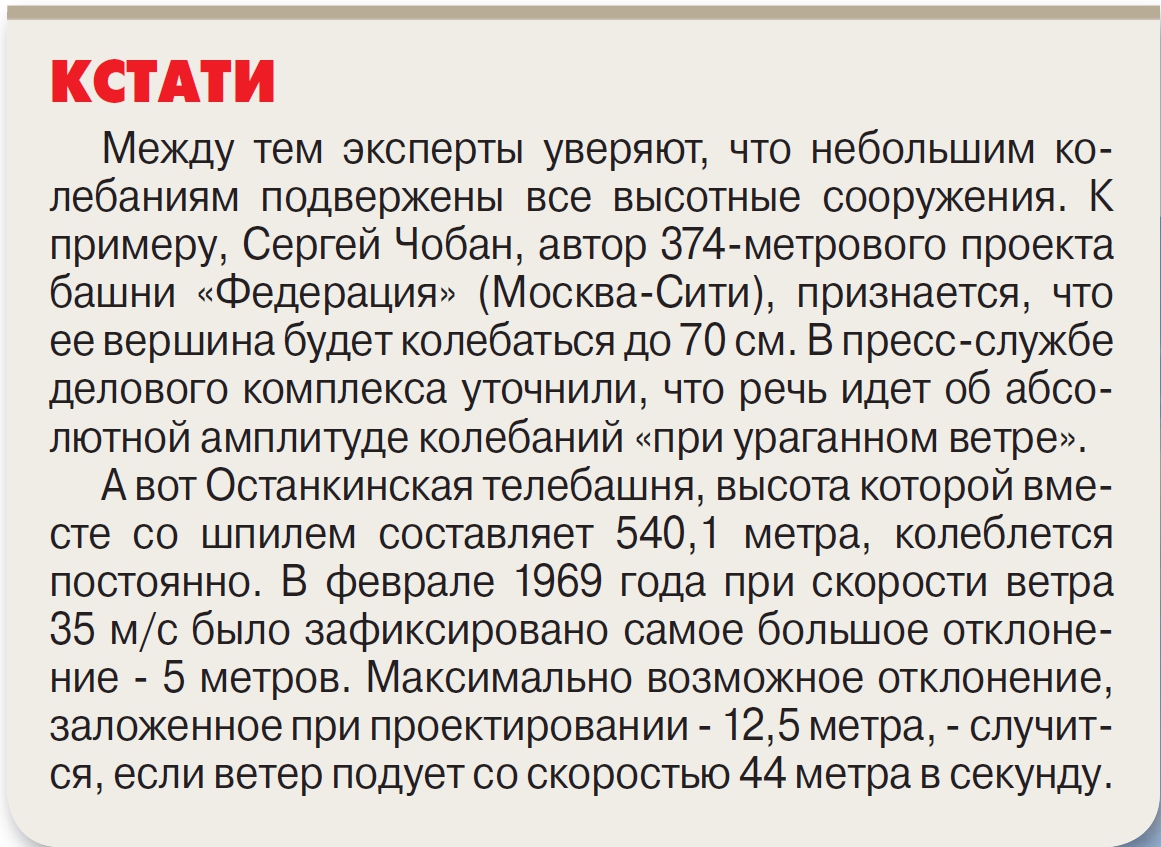