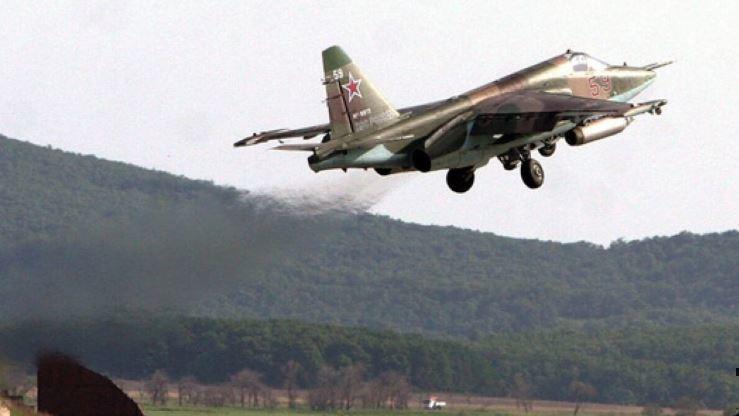 The commander of long-range aviation of the Russian Aerospace Forces, Hero of Russia, Lieutenant General Sergey Kobylash told how he came under rocket fire while completing a mission on a Su-25 attack aircraft in August 2008.

On the TV channel Zvezda, Kobylash shared his memories of how he commanded an air regiment during the Georgian aggression in South Ossetia. Performing the next task, he found himself in a situation that could cost him his life. According to the lieutenant general, his stormtrooper saved only incredible efforts.

"My radio slave said," Comrade Commander, there’s a start for you. " After that - a strong blow. I realized that [это] hit by a rocket, the plane went to the ground. I pull the handle onto myself, and he just goes to the ground and that’s it. I probably wanted to live, I put my feet on the pedals and pulled the handle with both hands. Somewhere, apparently, the splinter hit, jumped out of effort, and the plane smoothly went into the set, ”the pilot said.

Kobylash noted that the intensity of the shelling was so high that after one of the tasks he counted 88 holes from various weapons. In one of the subsequent attacks, the engine was damaged. The pilot realized that he needed to eject, but first he had to take the plane away from the residential areas of the village. The Hero of Russia also successfully completed this task.

Sergei Kobylash participated in the first and second Chechen campaigns, as well as in repelling Georgian aggression in South Ossetia in August 2008. In 2017, he received the rank of lieutenant general, a year later he was awarded the title of Honored Pilot of the Russian Federation.