"He will kill me": Maksakova spoke about the fear of an attempt on her 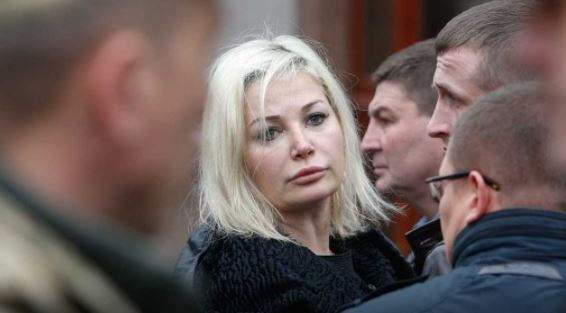 Maria Maksakova is an artist in the third generation. She belongs to the legendary dynasty. Her grandmother, Maria Maksakova the elder, was the prima ballerina of the Bolshoi Theater and Stalin’s favorite. The singer’s mother is the star of Russian cinema and theater Lyudmila Maksakova.

Relationship problems between the stellar mother and daughter have repeatedly become the subject of heated debate on various talk shows. This time Maria Maksakova became a guest of Boris Korchevnikov’s program “The Fate of a Man” on “Russia 1” and told what was the reason for the scandals in her family.

Recall that this year the daughter of an opera singer filed a lawsuit against her because of an apartment in the center of Moscow. For a long time, the singer has no common language with her mother, actress Lyudmila Maksakova. For all the troubles, the singer blames her ex-husband Vladimir Tyurin. Maksakova believes that her family is under his influence. According to Maria Maksakova, her mother is in cahoots with Vladimir.

“She is afraid of Tyurin. She thinks that he will kill me and does not understand why I am asking for trouble. I do not know why my mother thinks that Tyurin is so scary and dangerous. God did not give me life so that I would go out the window.” – said Maria Maksakova.

According to the 43-year-old opera singer, she is no longer afraid of Tyurin. She plans to have further courts on property issues. She does not intend to stop and will fight for her property.