A young man, a translator and teacher of foreign languages ​​by profession, a Muscovite Mikhail Borovsky helps people.

He has such a hobby. In fact, he became a guardian angel for several families in different parts of the former USSR.

“I PROMISE YOU DO NOT THROW …” 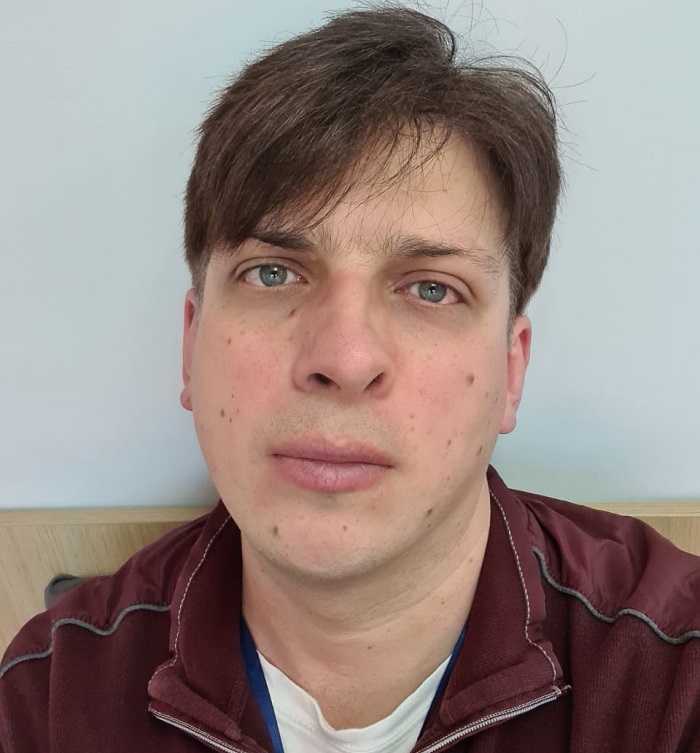 Several years ago, for example, he saw on the Internet a report about the bitter life of Lyudmila Frizer from a tiny village in Moldova near Balti.

– Lyudmila is in trouble. Her son Petya is five years old. He is disabled: he does not walk, does not speak, even eats with a syringe. Such children, of course, are not admitted to kindergarten. Only in a special boarding school, where he, most likely, would quickly die. Lyudmila, as a loving mother, of course, did not send him there. The father left the family, the woman’s parents died. Lives with his son in an inherited dilapidated village house. Caring for his son, being attached to him every minute, he does not even have the opportunity to work. Hopelessness and poverty, they did not even have money for firewood – to heat the house in winter. I learned about this from a journalistic report on the Internet. I found Lyudmila and began to help them with their son with money, – says Mikhail. And not a one-time support, but a regular one for more than three years.

To say that a woman is grateful is to say nothing. They call up quite often, Lyudmila sends a video: here she bought Petenka a mattress and diapers, here is porridge, thanks the savior.

Some time ago, Mikhail found out that Lyudmila had a friend!

– And in telephone conversations I began to gently, unobtrusively instill in her: “Please, have a second child. It doesn’t matter if this man stays with you for a long time or not. I promise not to leave you, I will help you more, we will pull one more of your kids. ” And she gave birth to a girl Matryona, completely healthy – my interlocutor glows with happiness as if he were a father. – And how I reasoned: let’s be realists, children like Petenka live to ten or twelve years old. What will Lyudmila be like when her son is gone … And so she also has a daughter. You can’t even imagine how Lyudmila’s voice changed on the phone after the birth of the girl. Before there was a tired doom, but now – happiness. She does not leave Petenka either, he is surrounded by her care, they celebrate his birthdays, sends me a video, does not like a soul in it. All the children of such parents!

Borovsky is embarrassed, categorically rejects the definitions of “deed” and “feat”.

– A feat is a risk. And I’m not risking anything. I was just a little more lucky – I work and earn money, why not share, – the man reflects.

Another time, I also learned from the Internet about the situation of Alisa Petunina from Perm. The story was well known in its time. An Emergencies Ministry employee was driving a personal car with his three-year-old daughter, and a truck crashed into them. The girl was seriously injured, she is bedridden, she can breathe through a tube … Now she is 16. Mikhail began to help this family as much as possible. Tells:

– I have an acquaintance, I was once a teacher of his daughter, he is a neurosurgeon. I shared Alice’s story with him. It was possible to agree on an operation for her within the framework of the state program (that is, free for the girl’s family). There are pacemakers that help the heart work, they will implant a device that will breathe for her. I am really looking forward to this operation!

In passing, without making an event out of this, he helped a pensioner neighbor.

– 93-year-old veteran of the Great Patriotic War, Lydia Ivanovna Alekseeva, was friends with my mother, – says Mikhail. – I found out that the grown-up children rented out her apartment in Moscow, and the grandmother was taken to the dacha, settled in a bathhouse! She did not ask for help, I volunteered myself. I arrived. I saw a real bath – cold, without conveniences. Grandma hasn’t washed for a month! She suffered terrible back pain. Took her to him. I found good doctors, her spine was treated. I rented an apartment, hired a nurse, my grandmother was restoring her health. Having recovered, she left to live with her granddaughter (she lives outside the city, raises a small daughter and did not know about her grandmother’s misfortune). Now we call Lidia Ivanovna, everything is fine with her.

– My parents are retired. Wife and two children – my interlocutor answers the question about marital status. I’m not an underground millionaire – an ordinary middle-class. Translator! But you don’t need millions to help. Each person is able to do more than he himself thinks. For example, people on the Internet chipped in 100-500 rubles – they bought the girl Alice the cough she needed. What is 100 rubles or even 500? Well, don’t go to a cafe with friends again, you can’t buy yourself wine with khachapuri. Buy yourself a cheaper car, the laptop is not new, but used. And for some, this money will save lives.

“It’s hard to be, I think, not even just paralyzed and sick, but also abandoned,” the man reflects. – I just put myself in their place. Suddenly a stranger appears in your life, says: “But I care!” Even a word to support is already a big deal. I do not boast that I am helping. I don’t preach volunteering among my acquaintances. God forbid anyone to be in the situations of these people. And I will never allow myself to unstuck and lose heart. Their example neutralizes my degree of fear of tragedies that are potentially possible for each of us, – Mikhail sums up.

PS If MN readers want to help Lyudmila Frizer or Alisa Petunina’s family, their contacts are in the editorial office.