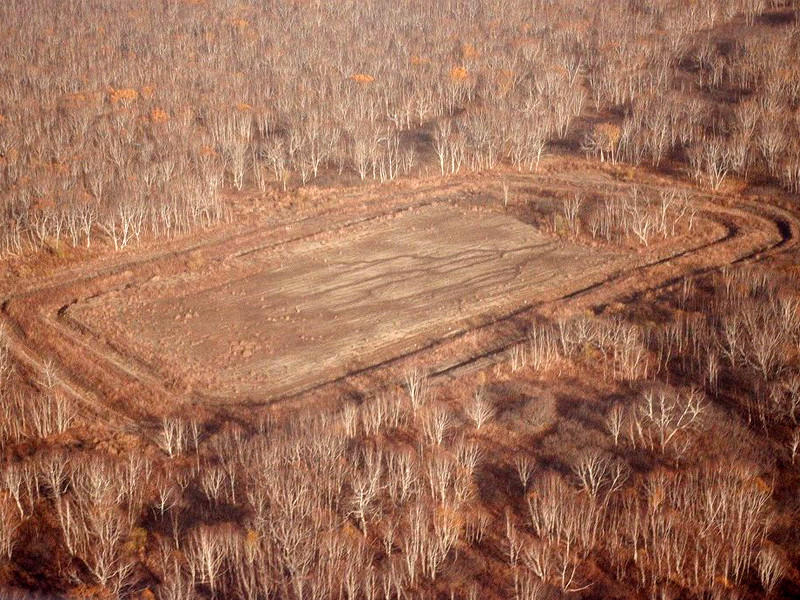 government of the Kamchatka Territory

The environmental organization Greenpeace appealed to the Prosecutor General of Russia Igor Krasnov with a demand to check the Kozelsky landfill for pesticides and pesticides in the Kamchatka Territory for compliance with environmental legislation. The appeal was published on the website of the organization.

In addition, representatives of Greenpeace demanded an audit of the activities of the regional Ministry of Natural Resources and Environment, as well as initiate an additional audit of facilities located on the ocean coast that could pollute the environment.

As stated in the environmental organization, the new results of the study of the water area of ​​the Khalaktyr beach and Avacha Bay, carried out in October – November 2020, confirm that the Kozelsky test site could become a source of ocean pollution.

In soil samples under the landfill, the researchers found 2,4-dichlorophenol, a derivative of the pesticide 2,4-D. “This substance causes serious skin burns and eye damage, and is very toxic to aquatic organisms with long-term effects. The presence of this substance in the soil indicates that there was a leak from the Kozelsk landfill,” the ecologists said. Their words are quoted by Novaya Gazeta.

In their opinion, it was this very substance in high concentration that could get into the ocean, spread in the aquatic environment and produce a catastrophic effect, accompanied by the mass death of animals.

Representatives of Greenpeace have previously put forward a version that the ecological catastrophe occurred due to the Kozelsky pesticide landfill. Scientists of the Russian Academy of Sciences and the authorities of Kamchatka denied this. A version of a possible leakage of rocket fuel at the Radygino test site was also considered, but the laboratory where Greenpeace contacted could not find heptyl in the samples.

The organization noted that the first results of samples of water and biomaterials showed the presence of components of petroleum fractions, fatty acids and esters, chlorine and other compounds. No traces of propellant were found. And the investigators said that the most likely reason for the pollution of the water area, they consider algal blooms.

However, the laboratory of the Chemistry Department of Moscow State University nevertheless found heptyl decay products in water samples from Kamchatka.

Recall that at the end of September, Kamchatka surfers talked about the change in the color of the water in the Pacific Ocean on Khalaktyrsky beach. They complained that after swimming, their eyes were swollen and reddened, and skin irritation appeared. Then the local residents began to upload photos of dead sea animals washed ashore, including octopuses, sea urchins, and seals.

The founder of the Kamchatka surfing school Snowave Surf School Anton Morozov said that more than 200 people suffered from contact with the polluted water of the Pacific Ocean on Khalaktyrsky beach. According to the regional Ministry of Health, 11 people turned to doctors for help with eye burns.

In the coastal sea waters in the area of ​​Khalaktyrsky beach, experts detected pollution 2.5 times for phenols and 3.6 times for oil products.

Employees of the Kronotsky Nature Reserve and the Kamchatka branch of the Pacific Institute of Geography said that 95% of benthic organisms died in Avacha Bay – in fact, the entire food supply was destroyed.