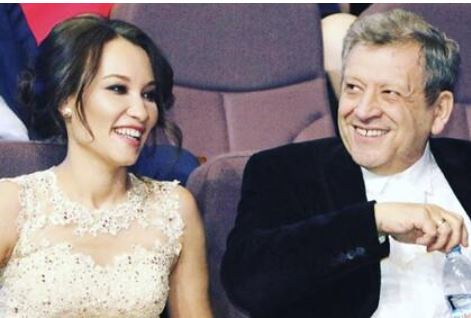 The widow of the artistic director of “Yeralash” Boris Grachevsky, Yekaterina Belotserkovskaya, decided to sue the new director general of the newsreel Arkady Grigoryan. Writes about this “Gazeta.ru”.

She showed the conclusion of a handwriting study, according to which, several years ago, someone forged the signature of the founder of the newsreel.

Belotserkovskaya and Grachevsky’s ex-wife Anna united in the fight against the new leadership of the newsreel. The widow of the artistic director claims that Grachevsky had a confidant – “a person who has been accompanying the company’s economic activities for 23 years.” However, according to her, he took advantage of the trust of the creator of “Yeralash” and received full control over the center. “In fact, the entire legacy of Boris Yuryevich, which he built for 47 years, passed into the hands of this person,” she wrote on her Instagram account.

Grachevsky’s heirs believe that these manipulations could affect the ratio of shares in the company. Belotserkovskaya explained that she only recently learned about the division of the organization’s capital. So, it turned out that Grachevsky owns only 49 percent of the total capital, and Grigoryan owns more than half.

The fact that Grigoryan will become the new general director of Yeralash LLC after the death of Grachevsky became known on March 30. From now on, only Grigoryan has the right to act on behalf of the company without a power of attorney. It is noted that at the moment the name of Grachevsky is listed in the founders of OOO Yeralash and OOO Producer Center Yeralash. The registering authority removed a note from Yeralash about the inaccuracy of information about a person entitled to act without a power of attorney.

The death of Boris Grachevsky became known on January 14 this year. The cause was complications after infection with COVID-19. The director was 71 years old.