Residents of Batangas Province, Philippines, who had a good time at the motorcycle event, faced difficulties on their way back. 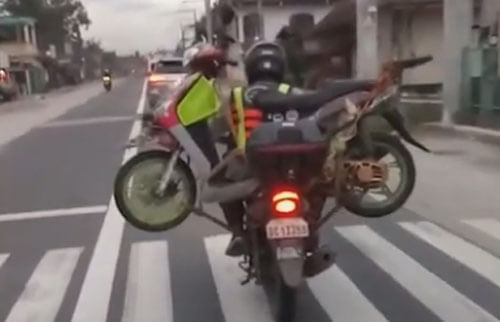 It was necessary to return to another city, but a young man named Efren had a problem with a motorcycle engine. The friends never found the workshop, and therefore decided to go in an unusual way. 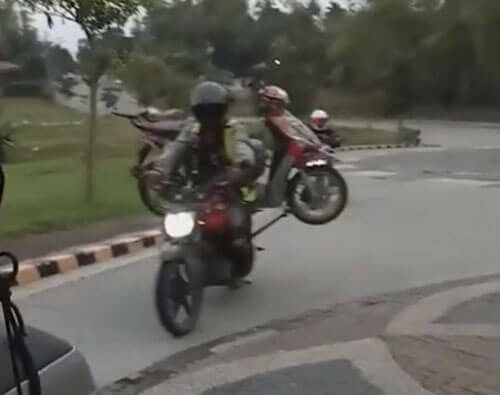 Efren changed from a motorcyclist to a passenger, riding on the iron horse of his friend Mark. As for the injured motorcycle, he also rode, because he was loaded onto his vehicle by a third biker named James. The 114-kilometer trip is reported to have been quite successful.

See also: A gecko clinging to a man’s leg went with him on a motorcycle ride