Going out for an evening walk, relatives witnessed the “UFO dance”

The family from Karsfeld (Germany) went for a late evening walk, but the relatives not only got some fresh air, but also witnessed an unusual phenomenon. 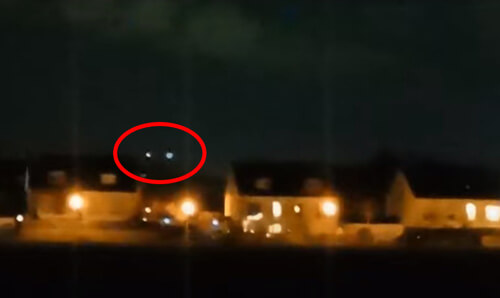 In the sky, eyewitnesses noticed two luminous objects, which at first remained motionless, and therefore did not attract too close attention to themselves. But further the UFOs began to move so bizarrely that people found only one comparison to describe this sight – everything was like a dance.

Commenting on the video filmed by eyewitnesses, many viewers noted that the “dancing” balls do not look like drones or birds. Therefore, it remains only to speculate – whether aliens have visited the city.

An eyewitness filmed a UFO hovering over the lake