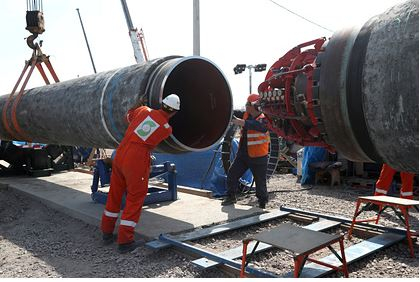 Bavarian Prime Minister Markus Söder called for the launch of the Nord Stream 2 gas pipeline as soon as possible, which, in his opinion, would become the basis for stable gas supplies to Germany. Writes about this TASS.

“A smart energy supply strategy is needed. To do this, it is advisable to launch the Nord Stream-2 pipeline soon in order to put gas prices in order, ”the prime minister said, adding that in Germany, without taking any action, they cannot observe how the cost rises before the cold in winter.

Söder recalled that Germany is leaving coal, nuclear energy, and the country is increasingly lacking resources, prices are rising and the need for electricity is increasing in the light of digitalization and electromobility. “In this regard, we need gas-fired power plants,” he concluded.

Earlier, Tiina Tuomela, CFO of the German-based energy company Uniper, assessed the impact of the launch of the Nord Stream 2 gas pipeline on the gas market. According to the expert, the launch of Nord Stream 2 should ensure a greater volume of supplies and direct the European gas market on the right track. At the same time, she found it difficult to say whether this could completely change the picture on the market.

The construction of Nord Stream 2 was completed on September 10. In early November, the Ministry of Economy and Energy of the Federal Republic of Germany reported that the certification process of the gas pipeline continues, the date of completion of the procedure is still unknown.