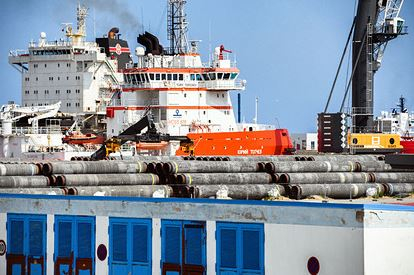 Tiina Tuomela, CFO of energy company Uniper, based in Germany, assessed the impact of the launch of the Nord Stream 2 gas pipeline on the gas market. Her commentary is quoted by RIA Novosti.

According to the expert, the launch of Nord Stream 2 should ensure a greater volume of supplies and direct the European gas market on the right track. At the same time, she found it difficult to say whether this could completely change the picture on the market. According to Tuomela, the situation depends on winter, as well as on supply and demand.

The Uniper CFO added that the market is also affected by the supply of liquefied natural gas to Europe, which declined in the first three quarters of 2021.

Earlier, Austrian Foreign Minister Michael Linhart said that the launch of Nord Stream 2 would strengthen Europe’s energy security amid the gas crisis. He added that Vienna, despite its ambitious climate targets, will continue to use gas until decarbonization is complete.

The construction of Nord Stream 2 was completed on September 10. In early November, the Ministry of Economy and Energy of the Federal Republic of Germany reported that the certification process of the gas pipeline continues, the date of completion of the procedure is still unknown.