Germany accused the United States of disputes over Nord Stream 2 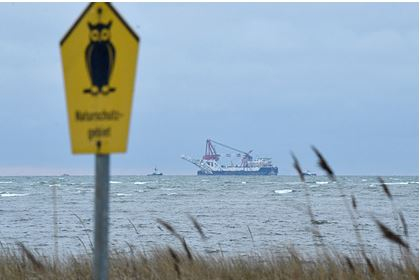 The Nord Stream 2 gas pipeline has become the subject of controversy in the German Bundestag, such disagreements are very beneficial for the United States. This opinion was expressed by observers Moritz Koch and Klaus Stratmann in an article for Handelsblatt.

The text says that representatives of the three German parties that won the parliamentary elections cannot agree on the Russian gas pipeline.

The SPD, which won the majority of votes, is in favor of the earliest possible certification and commissioning of Nord Stream 2, but the Green Party is against it. According to observers, such a position is very beneficial for the United States, since without cheap Russian gas, German industrial products will rise in price, which will affect competitiveness.

On October 21, Russian President Vladimir Putin indicated that supplies via Nord Stream 2 could begin immediately after receiving permission from the German regulator. He called the volume of 55 billion cubic meters decent, given that, according to estimates, the deficit on the European market will be 70 billion cubic meters. “As soon as the second pipe is filled and as soon as the permission of the German regulator is received, the next day we will start deliveries,” concluded the head of state.