German Foreign Minister assured that Nord Stream 2 will be completed 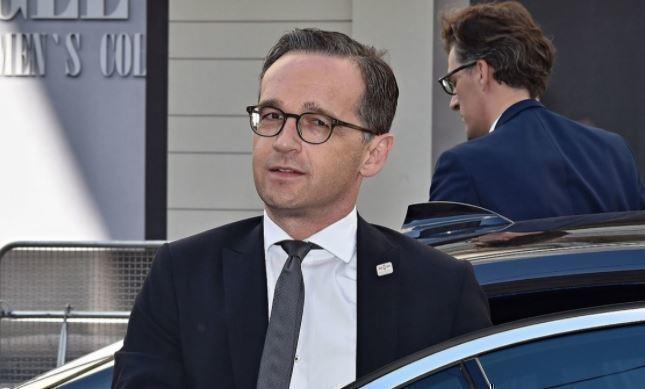 The Nord Stream 2 gas pipeline will be completed to the end, German Foreign Minister Heiko Maas assured in an interview with the editorial association Redaktionsnetzwerk Deutschland (RND). The diplomat stressed that he could not yet name the exact date of completion of the project.

“I proceed from the assumption that Nord Stream 2 will be completed to the end. The question is when [это произойдет]", - he said.

Maas recalled the criticism of the gas pipeline project from the United States and stressed that Europe makes decisions on energy policy and energy supply itself.

The minister also indicated that Germany will not refuse to engage in dialogue with Russia after the incident with blogger Alexei Navalny. He called the Russian Federation an important participant in the process of settling regional conflicts.

“We are sitting at the same table with Russia in the UN Security Council, at the Berlin process on Libya and on the Ukraine issue. <…> In this regard, there can be no termination of the dialogue with Moscow, "the head of the FRG Foreign Ministry stressed.

The Nord Stream 2 project provides for the construction of two lines of a gas pipeline with a total capacity of 55 billion cubic meters of gas annually from the Russian coast through the Baltic Sea to Germany. Many European countries support the project because they are interested in uninterrupted energy supplies, but the United States is doing its utmost to hinder its implementation.

Disputes over the project escalated amid the situation with Navalny. Bundeswehr laboratory specialists claim that he was allegedly poisoned with a substance from the Novichok group. But Berlin has still not provided any evidence, despite numerous requests from Moscow.