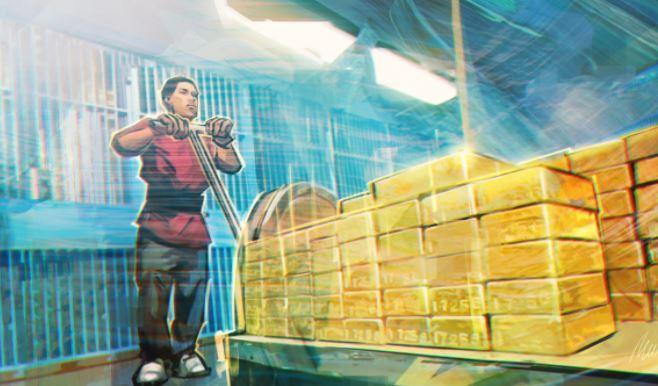 Gold prices could soar to new psychological levels in the next few weeks. This is the conclusion reached by analysts of one of the largest German banks Commerzbank, writes PolitRussia with reference to the Canadian edition of Kitco.

Economic experts are confident that the price of gold, which is at the level of 1.9 thousand dollars per ounce, will not last long, because after a while the world is expecting a new gold spurt. Analysts recalled that gold is still heavily dependent on the US dollar. However, the situation may change very soon, and the US dollar will no longer be able to put pressure on the precious metal, which, in turn, will greatly affect the value of gold.

"We believe that the next few weeks will bring renewed growth in gold prices, and then there will be a prolonged rise," - said analyst at Commerzbank Daniel Breesemann.

In addition, the coronavirus pandemic also affects the value of gold. A new wave of the disease has begun in the world, which may lead to the introduction of new restrictive measures by countries. Such a situation can affect the demand for the precious metal, which will lead to its rise in price. Commerzbank is confident that very soon gold may gain a foothold at the level of two thousand dollars per ounce.

An additional factor that may affect gold is the US presidential election. According to experts, the coming to power of Democrat Joe Biden may hit the dollar hard, which will also contribute to the rise in the value of the precious metal.

“There have been speculations that Joe Biden and the Democrats could launch a $ 5 trillion stimulus package if Biden becomes the next US president and Democrats get a majority in the Senate. This would lead to another sharp increase in public debt, ”said Daniel Breesemann.

Against the backdrop of the global economic crisis associated with the pandemic, many countries have decided to increase their gold reserves in order to qualitatively strengthen their financial security. Until recently, Russia was one of the main investors in this precious metal, implementing tactics to rid the economy of the dollar. Now the Russian Federation is the owner of one of the largest gold reserves in the world.