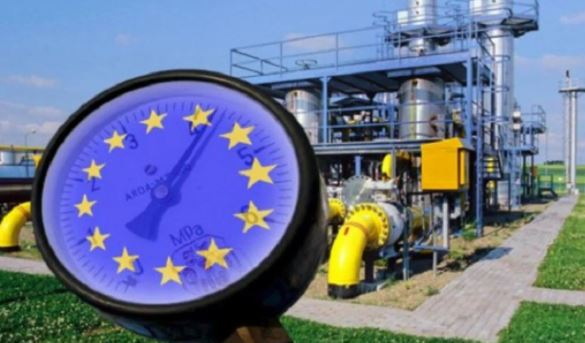 The Russian company Gazprom Export has filed a lawsuit against the Polish state oil and gas company PGNiG to revise prices under the contract, TASS reports citing the press service of Gazprom Export.

On Friday, January 14, Gazprom applied to international arbitration in Stockholm and demanded an increase in prices under the Yamal Contract. This is from November 2017. Another right to review prices arose in November 2020.

The appeal was initiated by OOO Gazprom Export and PJSC Gazprom. They insist on changing the terms of December 8, 2017 and November 9, 2020.

“We initiated an appeal to international arbitration regarding a retrospective revision of the price terms of the gas purchase and sale contract,” the press service of the Russian energy company explained. The Russian side is ready to look for ways to resolve the dispute through commercial negotiations.

As noted in the Polish company PGNiG, it considers the demand to raise prices under the Yamal Contract unreasonable.

The requirement to increase the price under the contract, included in the Gazprom tender offer, is completely unfounded. We are ready to prove it before the arbitration court

Pavel Mayevsky
Chairman of the Board of PGNIG

At the end of October 2021, the Polish side applied for a reduction in gas prices under an agreement concluded with Gazprom. In November 2020, PGNiG also asked for a cost reduction. Prior to that, she exercised the right to start arbitration in 2011, 2015 and achieved a change in the price formula of the contract in March 2020. The Stockholm arbitration approved a new formula for calculating the price of blue fuel from Russia. As a result, Gazprom was ordered to return about $1.5 billion to the Polish company. He transferred the funds, but promised to appeal the decision of the arbitration tribunal.

Warsaw does not plan to renew the Yamal contract after its completion in 2022. Poland hopes to solve the problems by purchasing fuel from other suppliers.

In October 2021, Pavel Mayevsky, Chairman of the Board of PGNIG Concern, accused Gazprom of a sharp rise in gas prices in European markets. Mayevsky made his statement, announcing an increase in gas prices for the population of Poland. He called the actions of the Russian company energy blackmail. According to Mayevsky, an increase in gas tariffs for the population is inevitable. He said that Polish gas storage facilities are almost completely full. Mayevsky declined to predict further changes in gas prices, saying that they are controlled by Gazprom’s policy.

In September 2021, PGNiG won the right to participate in deciding the fate of the Russian export gas pipeline Nord Stream 2. PGNiG insists that the pipeline does not meet the formal criteria for preferential certification because its operator, Nord Stream2 AG, is not an independent transmission operator.