Gas situation in Russia and Europe turned out to be unpredictable 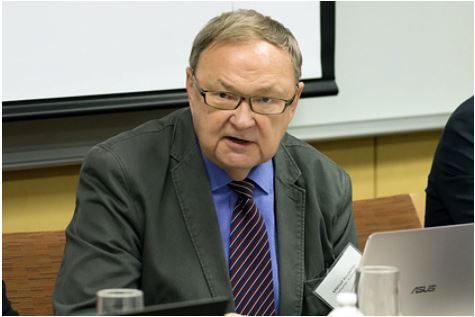 Oil and gas analyst Mikhail Krutikhin appreciated the opinion of experts who called Gazprom’s plans to increase gas reserves in Russian underground storage facilities as a threat to the European market and consumers. According to him, this should not be expected, and it would be wrong to predict the situation with gas in Russia and Europe due to the lack of accurate data on the filling of storage facilities. Krutikhin shared his opinion with Lenta.ru.

Analysts interviewed by Bloomberg consider Gazprom’s plans to increase gas reserves in Russian underground storage facilities as a threat to the market and consumers in Europe. According to the newspaper’s interlocutors, in order to successfully operate during the heating season, the Russian gas concern needs to pump into storage about 80 percent of the volume supplied to Western Europe, which is traditionally considered the main sales market for Gazprom.

The company has about two months to restock its home supplies. According to experts, Gazprom intends to bring the storage capacity to a record level for itself. Economists assume that in the near future the concern will completely revise its priorities in its policy, practically abandoning European exports.

“Nobody knows exactly how full the storage facilities in Russia are.”

According to Mikhail Krutikhin, theoretically, Gazprom can actually reduce gas supplies to Europe. The company already made such a decision in late 2014 and early 2015, the analyst recalled. The concern also completely stopped gas supplies to Europe in 2006 and 2009. However, according to the expert, such a decision will now be a shot in the foot.

“The main market and the main source of profit for Gazprom is Western Europe, and if they don’t sell gas there, no matter how high the price level is, it will be a big loss,” the expert explained.

The analyst stressed that, among other things, Gazprom and Europe are bound by contractual obligations. According to them, the consumer is obliged to take at least 80 percent of the volume of gas supplied by the company. If this requirement is not met, European countries must pay for it. In addition, Gazprom has its own obligations, and if it starts to violate them, it is also fraught with penalties for it.

Krutikhin also considered incorrect the conclusion of Bloomberg analysts about the inevitability of a reduction in gas supplies to Europe. The experts made this conclusion based on their own calculations.

At the end of August, it became known about the existing threat of a gas shortage in Russia. It could happen if Gazprom nevertheless thwarted plans to fill its home storage facilities. This issue was discussed at a meeting with Deputy Energy Minister Yevgeny Grabchak.

In August, gas supplies to Europe declined for several days in a row after the accident at the plant of a Gazprom subsidiary in Novy Urengoy, which also created the preconditions for a shortage of fuel and led to an increase in prices. Against this background, Gazprom, in particular, predicted a reduction in gas reserves in Ukraine.