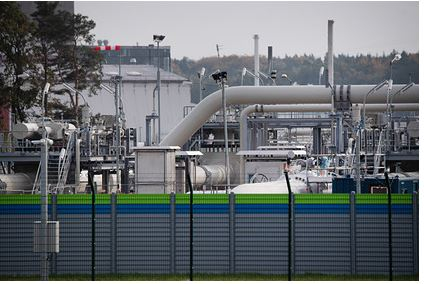 At the beginning of trading on the London ICE exchange, the cost of natural gas soared to $ 1,153 per thousand cubic meters. At the close of the exchange on Friday, October 22, it was about $ 1,050, according to the site data.

The rise in prices is taking place against the backdrop of the continuing fuel shortage in the European Union and the unfolding energy crisis. Experts differ on the reasons for its occurrence.

A number of European and Ukrainian politicians and experts believe that the situation was influenced by the actions of Gazprom, which, by curbing gas supplies, is trying to achieve the earliest certification of the Nord Stream 2 gas pipeline.

In turn, Russia insists that the basis for the crisis was the short-sighted position of European officials, who relied on exchange purchases of fuel, and not on long contracts. Deputy Prime Minister Alexander Novak pointed out that Gazprom does not supply gas due to the lack of applications for it. However, the country’s President Vladimir Putin said bluntly that if Nord Stream 2 is launched, Europe will receive a significant additional volume of gas.