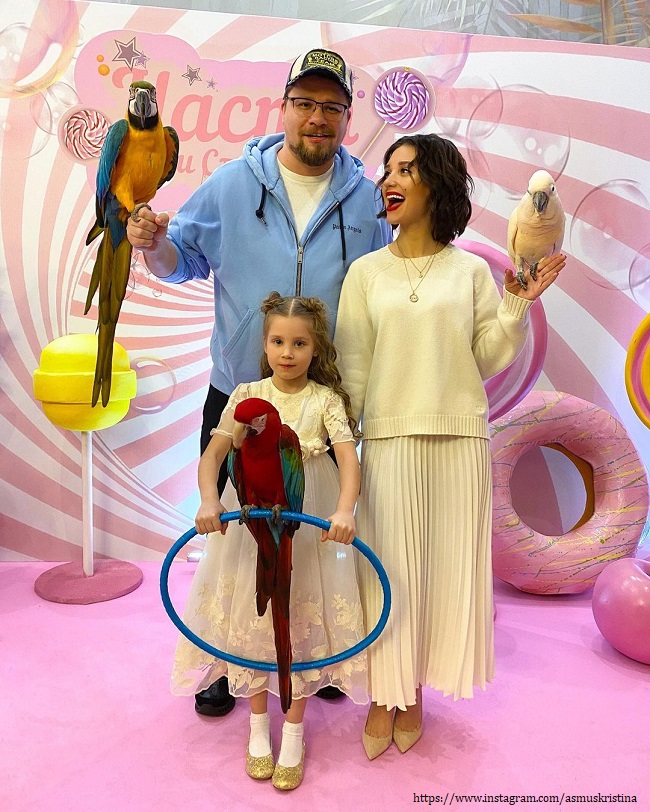 The daughter of the artist Garik Kharlamov and Kristina Asmus turned seven years old, on this occasion Nastya threw a party.

The actress shared touching pictures of the girl, but they did not have Nastya’s father, a resident of the Comedy Club. The tabloid press was full of headlines that the star of the series “Interns” celebrated the holiday without him.

Christina laughed at such speculation. “Dear media, why is it so rotten? Why not: “Drunk Garik Kharlamov congratulated his son”? Or not: “Kharlamov’s daughter is actually Martirosyan’s grandson!” And let’s help the media with imagination and throw in our own headlines, why Garik allegedly wasn’t at his daughter’s birthday? ” – signed a snapshot of the instadive.

Kharlamov, of course, did not miss the celebration of such an important day for his daughter. In the joint video, both Christina and Garik, and the birthday girl herself, look happy. For the sake of Nastya, the ex-spouses are ready to forget all the grievances and simply became loving parents.

The showman touchingly held the baby in his arms, and the actress helped her daughter blow out the candle on the birthday cake. “I specially photoshopped Garik on the video so that the media no longer have any questions!” – joked the star of the film “Text”.

Christina admitted that they did not plan such a wide celebration. But on the eve of the birthday girl changed her mind and asked her mother to make a magnificent celebration. “So I had to give up all my strength and organize a holiday in a restaurant with guests, decorations, a cake to order and a show program in 1 day! And I will remind you that it was January 3! But when you love and really want to please, nothing is impossible! They say correctly that whoever does not want is looking for reasons, and whoever wants is looking for opportunities!“- said the artist.

The holiday turned out to be really gorgeous. The entertainment part was enjoyed not only by children, but also by adults. “Yesterday was an amazing day! Full of love, delight and sweets! Definitely, in the piggy bank for the best days in life! We were surrounded only by the closest ones, and yesterday there was such an ocean of warmth that it would go crazy!“- Christina shared her emotions.